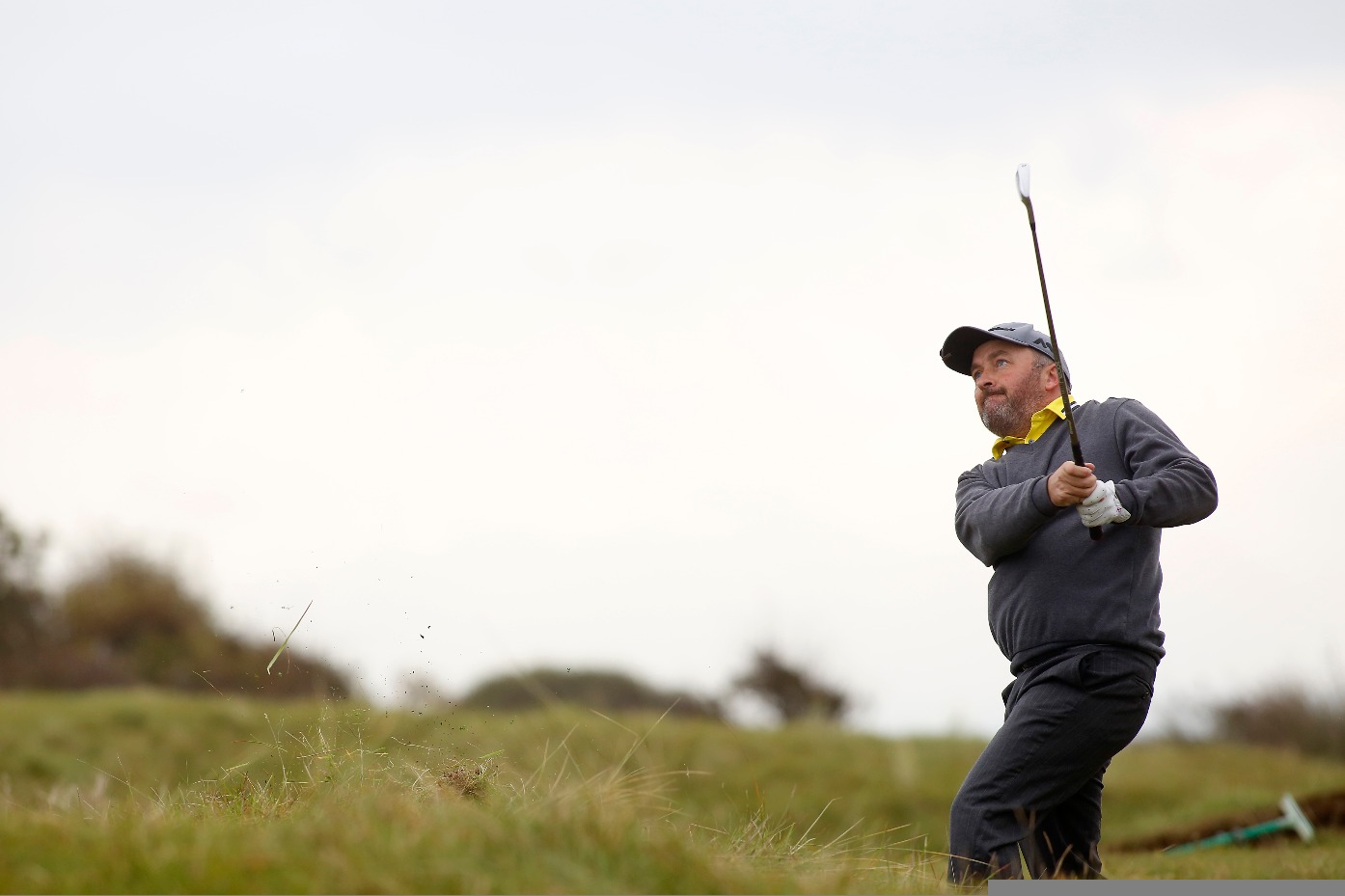 A sensational final round charge from Damien McGrane ultimately ended in double disappointment at the PGA Play-Offs.
The Kells golfer began the day seven shots behind the eventual champion, Matthew Cort (Beedles Lakes GC), but forced himself into the reckoning with a blistering run of six birdies over the opening 10 holes at Saunton GC.

“At that stage, I could have been looking at a nine under par round,” said Damien.
The 45 year old briefly led midway through the final round but his putter suddenly went cold on the back nine and a bogey at the par four 16th effectively ended his chances. He signed for a best of the day five under par 66 but knew it could have been so much more.
He continued; “I gave myself chances on every hole on the first nine and slowly I picked off some of the birdies.

“Then it was back to my usual itchy, scratchy self on the back nine and I stopped holing the putts.
“To come here for four days and only have one decent score is very disappointing. The other three days I was not at the races at all.”
Damien finished the tournament in a share of third place but then lost out on a place on the PGA Cup team to Greig Hutcheon (Paul Lawrie Golf Centre) who birdied the first play-off hole.
His consolation is that he has earned a trip to play in the BMW PGA Championship at Wentworth next year alongside Neil O’Briain who closed out his tournament with a three under par 68 to finish in fifth. The Old Conna pro was pleased with his performance, saving his best round until last, which was bolstered by a chip in birdie at the 17th.

“I am very, very satisfied with the way that I played. I didn’t score as well as I should have but I’m very happy with the way that I hit the ball and controlled it in the wind,” said Neil.
“I have been working a lot on my swing and spending plenty of time practising my putting too.
“It will be nice to go home and tell my dad that I will be playing at Wentworth.”
Colm Moriarty (Drive Golf Performance) fired a final round one over par 72 to slip down to 11th place overall and outside the top 10 places guaranteed a start at the BMW.
David Higgins signed for a final round 71 that saw him end the tournament on four over par, tied for 16th.

Cort, who had twice finished a runner-up in the event, was delighted to finally get over the line.
“This caps off a great season. It is great to finish it number one,” he said.
As well as the £2,000 winner’s cheque, Cort has secured automatic places in next season’s BMW PGA Championship at Wentworth and the British Masters. He will also play in the PGA Cup side along with second place Robert Coles and Hutcheon.
He added; “Scoring and ball striking-wise – this has been one of the most consistent years of my career. That gives me confidence to go on for next year.”