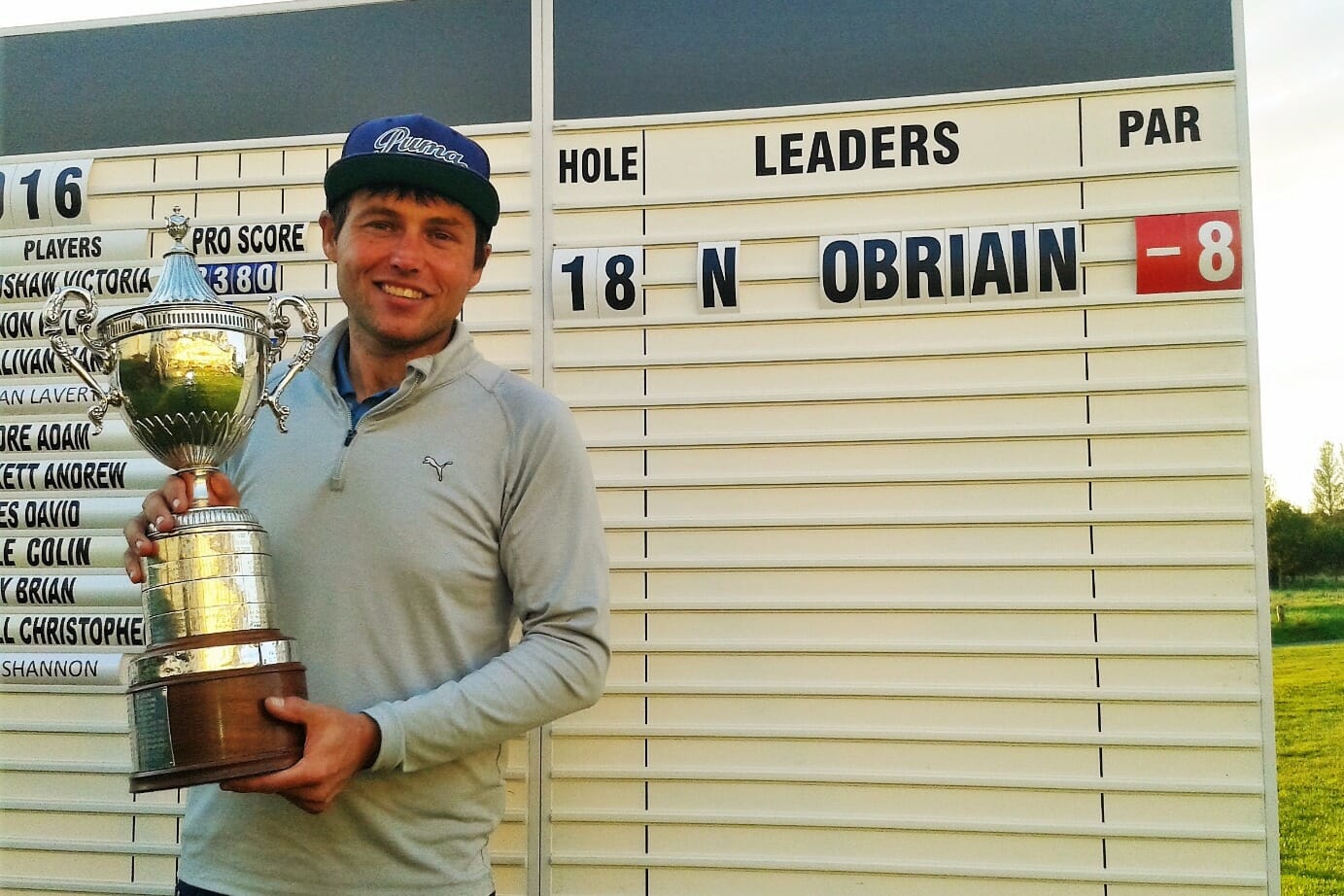 Neil O’Briain capped his ‘best ever season’ by winning the PGA Ulster Championship at Hilton Templepatrick on Thursday. The Old Conna man collected his 11th title of the season at the Co Antrim venue, firing rounds of 65/71 (136) to earn a two shot victory over Richard Kilpatrick, Ciaran Molloy, Mark Staunton and Michael McGeady.

“It’s very satisfying to close out the season with another victory. It’s been great and I really don’t know what I will do to top it next year,” said the 29-year-old who laid the foundations for today’s success with a brilliant opening round seven under par 65.
“I hit the ball quite well in the opening round but I putting well to be honest. I didn’t birdie any of the par fives, which was a bit of a mistake because they are great opportunities to notch up a birdie or two.

“So while I didn’t take advantage there I did manage to roll in a couple of putts and all of a sudden you’re walking off the last shooting seven under thinking, ‘how did I do that?.”
O’Briain finished his opening 18 holes with a three shot lead over Molloy, Staunton and Brendan McCarroll and headed out for the second round knowing that it was going to take something special from his nearest opponents to get past him.
“I birded the first and the fifth and was quite comfortable but then I made a mistake at the sixth – it’s a really great hole now – made bogey and then I found the water on nine for another bogey,” added O’Briain.

“So I had to dig in a bit on the back nine. I made a couple of key saves, dropped another shot at the par three 15th which left me wondering if I had let some of the rest back in but I managed to birdie the two par fives at 16 and 18 which luckily enough was good enough to get me over the line.”