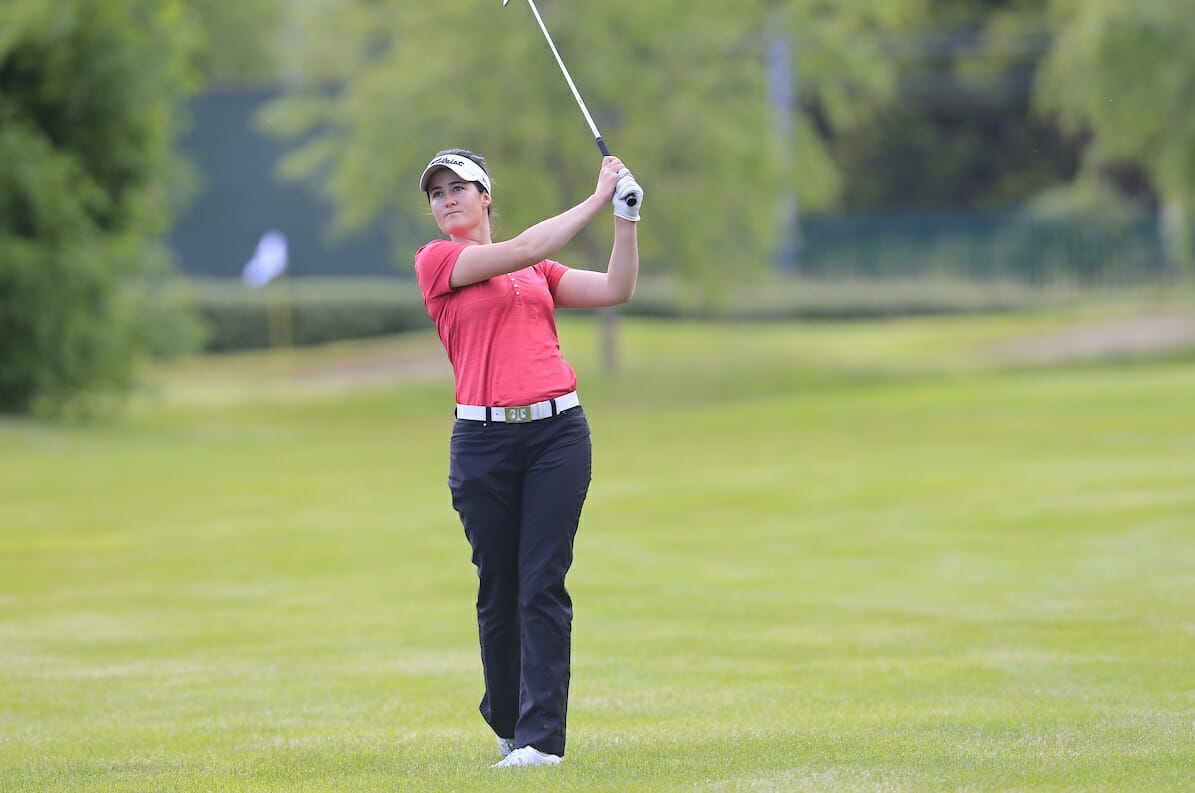 Jessica Ross (Clandeboye) continued her superb run of form in reaching the semi-final of the Irish Women’s Close Championship this afternoon.

The leading qualifier and Leitrim Cup winner overcame Anna Foster (Elm Park) in the quarter-final by 4&3 having defeated Jan Browne (Kilkenny) by the same margin in the last 16.

The second quarter final match between Annabel Wilson (Lurgan) and Shannon Burke (Ballinrobe) was too close to call from the beginning and deservingly went the full distance, with Wilson winning by one hole. The two-time Irish Girls’ Champion now has the opportunity to add a Women’s title to her resume tomorrow at Woodbrook.

Surprisingly, it will be Lauren Walsh’s first semi-final match in an Irish Close – Girls’ or Women’s, and it comes just 4 days after she completed her Leaving Cert Physics paper.

“I think just going out with no expectations, knowing I want to enjoy being out here and that I don’t have to go home to the books afterwards is great. The break has given me an appreciation for being out on the course more than anything else so I feel quite relaxed.”

Walsh had to get up and down on the 18th to secure her win over Anna Dawson (Tramore) and it was a similar story of hard fought play throughout.

“I played really well, birdied the first to get off to a nice start. Between us we had a lot of birdies. I birdied 14, she [Dawson] birdied 15, I birdied 16 and she birdied 17 so it was just one of those matches, we didn’t really halve many holes. It was close all the way. I held a few clutch putts towards the end to keep it going.”

The final quarter final match confirms that Paula Grant’s (Lisburn) bid for a 3rd Irish Close title is still intact as she defeated 14-year-old Corrina Griffin (Killarney) by one hole. Despite, according to Grant herself, not having her best game this afternoon, she cannot be overlooked as a definite contender based on experience alone.

The semi-final line up of Ross, Wilson, Grant and Walsh marks the unique situation where all four qualified as the top four players following the 36 holes of stroke play on Thursday.

The Ita Wallace Trophy Final was contested by Emma Fleming (Elm Park) and Clodagh Coughlan (Douglas). Fleming, who had beaten Emma Fenlon (Grange) in the morning semi-final, got off to the perfect start, winning the first three holes. Coughlan began to battle back but ultimately ran out of holes and Fleming won the tie 2&1.

The Championship semi-final matches begin at 08:30am on Sunday.