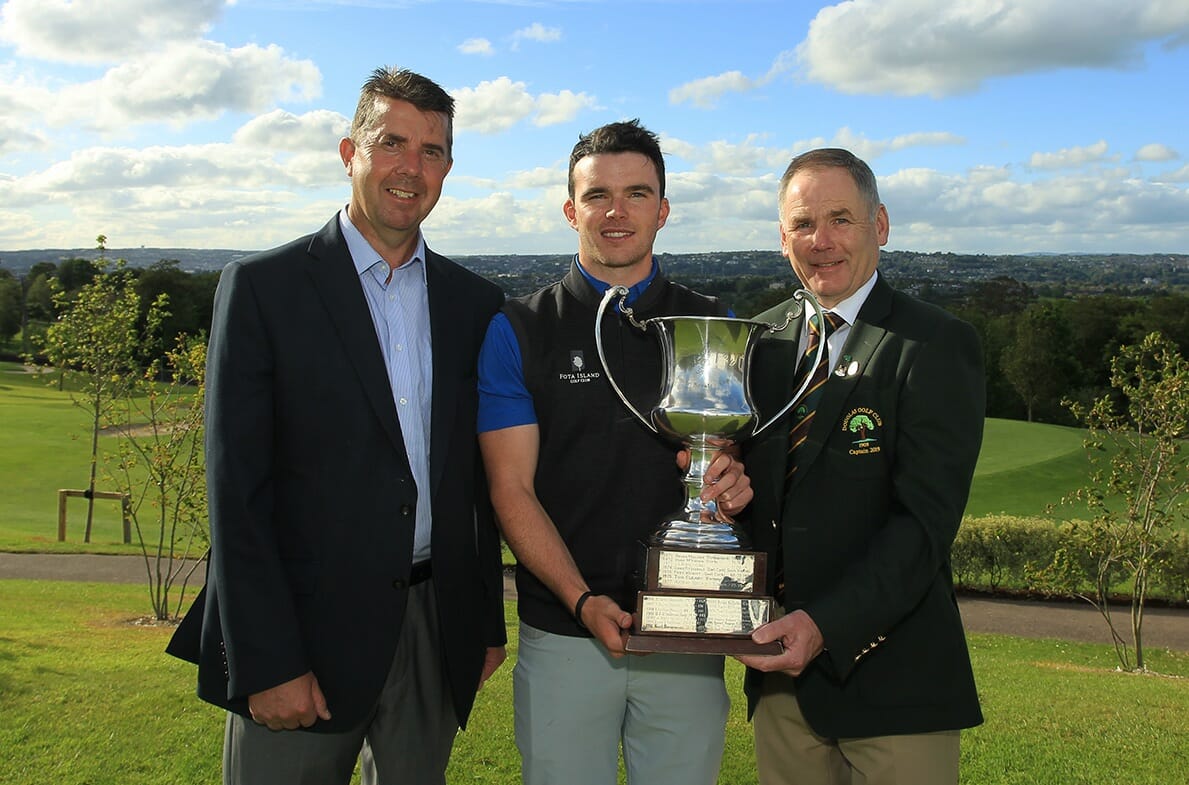 Fota Island’s Greg O’Mahony took top honours in Douglas on Sunday after digging deep with a hard-fought 75 in blustering conditions to win the Scratch Cup by one shot.

O’Mahony opened with a superb four-under par 68 and that provided a healthy cushion for round two as he closed with a grinding three-over par effort to clinch a precious Senior Scratch Cup win.

“My mindset was to make as many birdies as I could so that when a bogey or two did come during the round, that it would even it out,” said O’Mahony.

“In the second round the wind really got up. It was great to battle for that 75 in the afternoon as all the pressure was on me after my 68 in the morning. I was comfortable with my game as I have been working hard on keeping my tempo and just said once I stick to my good tempo, I will be fine.”

“It feels nice to win the Douglas Scratch Cup as it’s one of the main ones we play in every year,” added O’Mahony. “There are some great names on the trophy, including some Irish internationals in recent years, so hopefully that might be an omen for me going forward.”