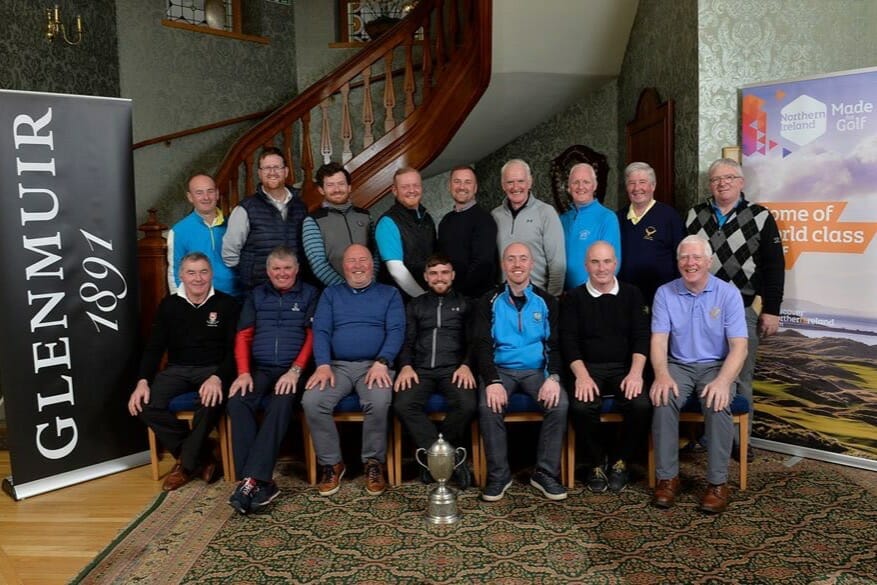 After a tough opening day of fourballs which saw them six points adrift of the Americans, Team Ireland came roaring back to take a 6 point lead after the foursome matches after day two of the International King’s Cup being held at Arnold Palmer’s Bay Hill Club & Lodge.

The International Kings Cup is a Ryder Cup° style event played annually in honour of golf’s greatest ambassador, Mr Arnold Palmer, whose honesty, integrity, sportsmanship and commitment to excellence represent the ideals for which the game of golf is known.

The American Senior flights, off early, maintained the hard earned 6 point lead from the previous day’s play with Andy Kieffer and Phil Smith adding to their lead with a solid 16 point victory in Open C, but the tide turned after that.

Tom Muldoon and Martin Peters opened the floodgates with a 10 point margin in Open B followed by 14 and 6 point triumphs by Andrew Connolly/Geoff Edgar in Open A and Ryan Gribben/David Baron in Open Championship respectively.

The 16 man teams compete at match play with 2 points awarded for winning a hole and 1 point for a halve. Total points at the end of the three days determines who wins the Cup. Currently Team Ireland holds the Cup, winning handley in Ireland last year.