Maynooth University sit in sixth at West of Scotland Trophy 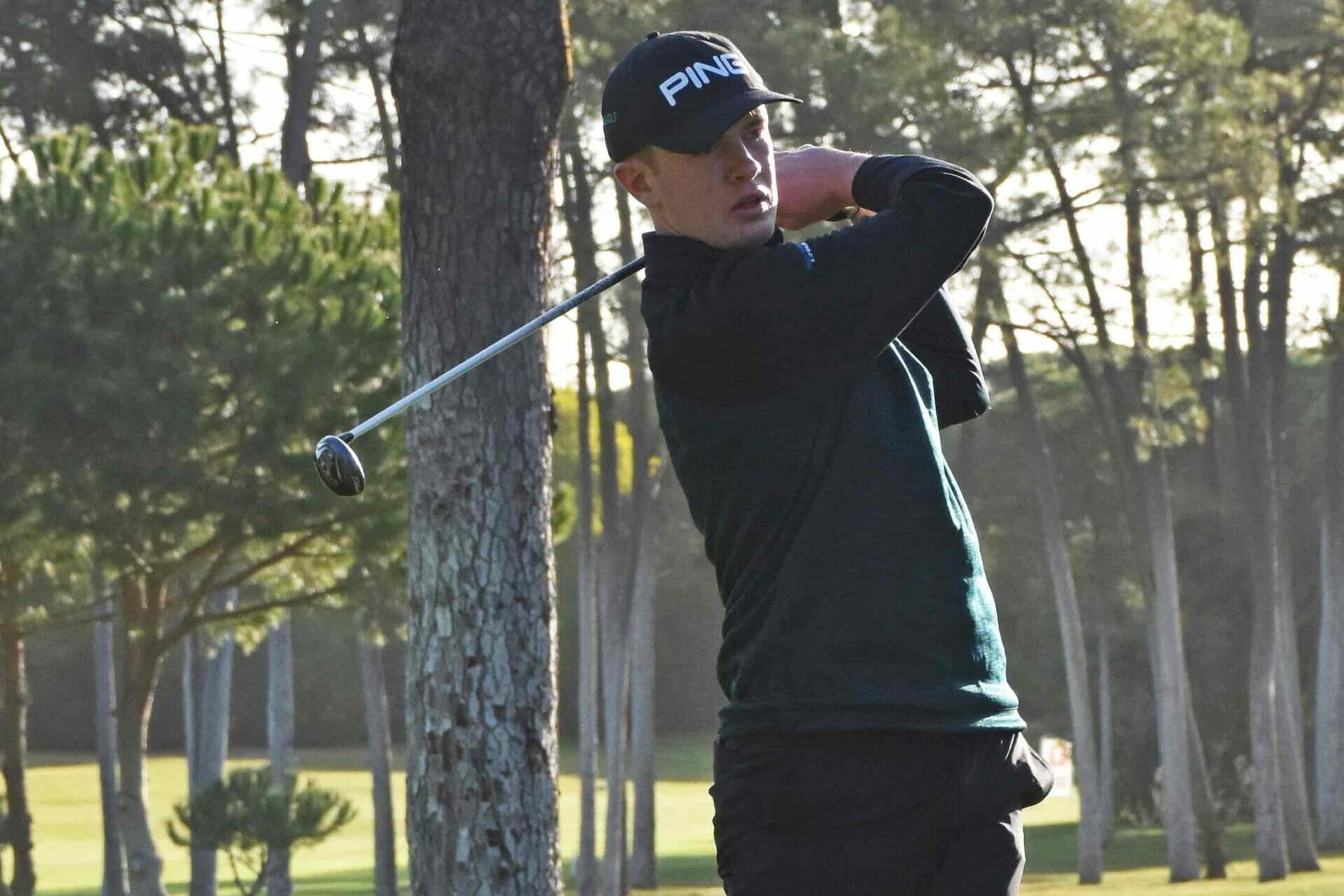 Maynooth University are competing at the West of Scotland Trophy at Western Gailes this week with Conor Ryan, Andrew Hickey and Rob Abernethy all returned 10-over par 81s in a howling gale to share in a tie for 17th after day.

Collegiate teammates, David Brady (84) and Harry Gillivan (89) are also competing but have work to do to make the 36-hole cut, currently projected at +12 for the top-30 players and ties.

Sterling’s Jordan Sundborg leads the way at one-over par after shooting a superb 72 given the conditions.

The event is a 54-stroke play championship played over three days with a team event in play too that sees Maynooth currently sit in 6th place on the standings on 33-over par, 21 shots behind Sterling 1.