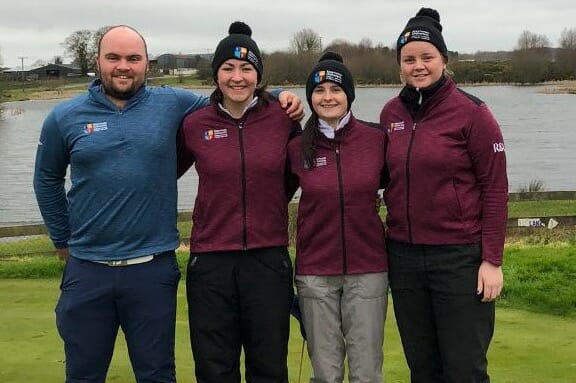 Having qualified back in February at The Heath Golf Club, powerhouses, Maynooth University, enter the competition as defending champions after enjoying a clean sweep at Woodbrook last year.

Dundalk’s Caolan Rafferty, who reached the semi-finals of the South African Amateur as part of the GUI travelling panel last month, was a standout performer on Maynooth C last year as the college filled the top three medal positions after a dominant display.

However, given the Quarter-Final draw, four Maynooth teams advancing to Friday’s Semi-Finals is now impossible, with Maynooth Club (a) drawn first to play Maynooth Scholars (a).

In the second match, Maynooth Scholars (b) face a stiff test in the form of Queens University, Belfast.

2017 champions, Trinity College Dublin face off against Cork Institute of Technology in the third and only non-Maynooth match-up before Maynooth Club (b) complete the line-up against Ulster University.

10:00am:
Maynooth University Club (a) v Maynooth Scholars (a)

Semi-Finals to take place from 8.00am on Friday 8th March with the final being played on Friday afternoon