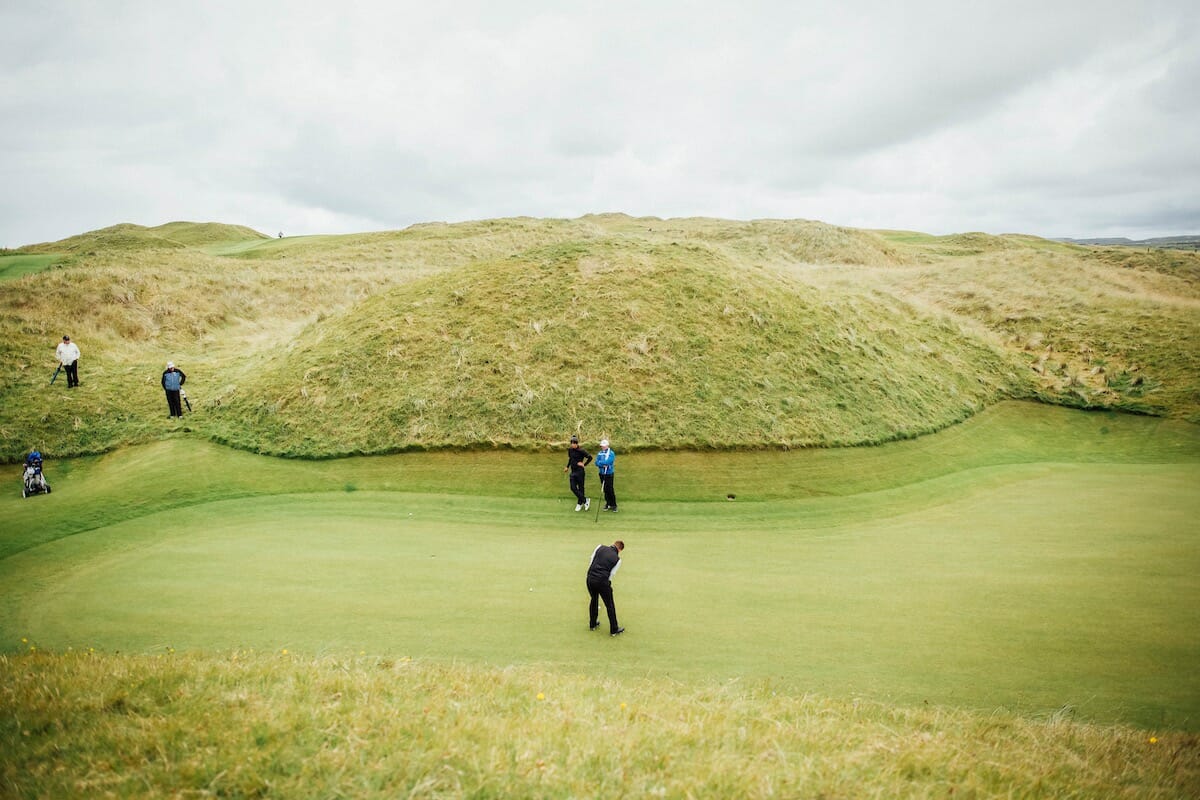 2019 will be a busy year for Lahinch Golf Club as in addition to their customary hosting of the South of Ireland Championship and the excitement caused by the impending arrival of the Dubai Duty Free Irish Open next July, the Clare venue will also play host to the Men’s Home Internationals on 11-13 September.

It will be the first time since 1987 that Lahinch will host the Men’s Home Internationals, where Ireland will be looking for their fifth win in the last six instalments of the event.

The Home Internationals are the highlight of a busy domestic events calendar, released by the Golfing Union of Ireland and its Provincial Branches, which confirm the hosting by County Sligo of the Flogas Irish Amateur Open on 16-19 May.

The AIG Cups and Shields All-Ireland Finals, meanwhile, will be held in Westport while Castletroy (Irish Mixed Foursomes), Roe Park (All-Ireland Four-Ball) and Castle Dargan (Fred Daly, Junior Foursomes and Boys Inter-Club) will be the final destinations for this year’s provincial champions in various categories.

In addition, a significant change is being made to the domestic game at Seniors level, with the four Provincial Seniors Championships lowering their lower age limits from 55 to 50 on the recommendation of the Irish Seniors Selection Committee.

The Irish Seniors Amateur Open Championship will remain an over-55s competition in line with those of the four Home Unions and The R&A, but the move by the Branches aligns Ireland’s regional seniors championships with those of Scotland, where regional championships run under the auspices of the Scottish Seniors Golf Society have a lower age limit of 50.

Importantly, an added dimension to Seniors golf at club level in 2019 will be the addition to the calendar of an All-Ireland Seniors Inter-Club competition named after the recently deceased past-President of the Union, Fred Perry.

The Fred Perry Trophy will be an inter-club four-ball championship for teams of 10 players, all of whom must be over 55 years of age on 1st January in the year of the event. Fittingly, the inaugural All-Ireland Finals will be held in Perry’s home club, County Sligo, where he served the Connacht Branch with distinction for 42 years on the West of Ireland Championship Committee.