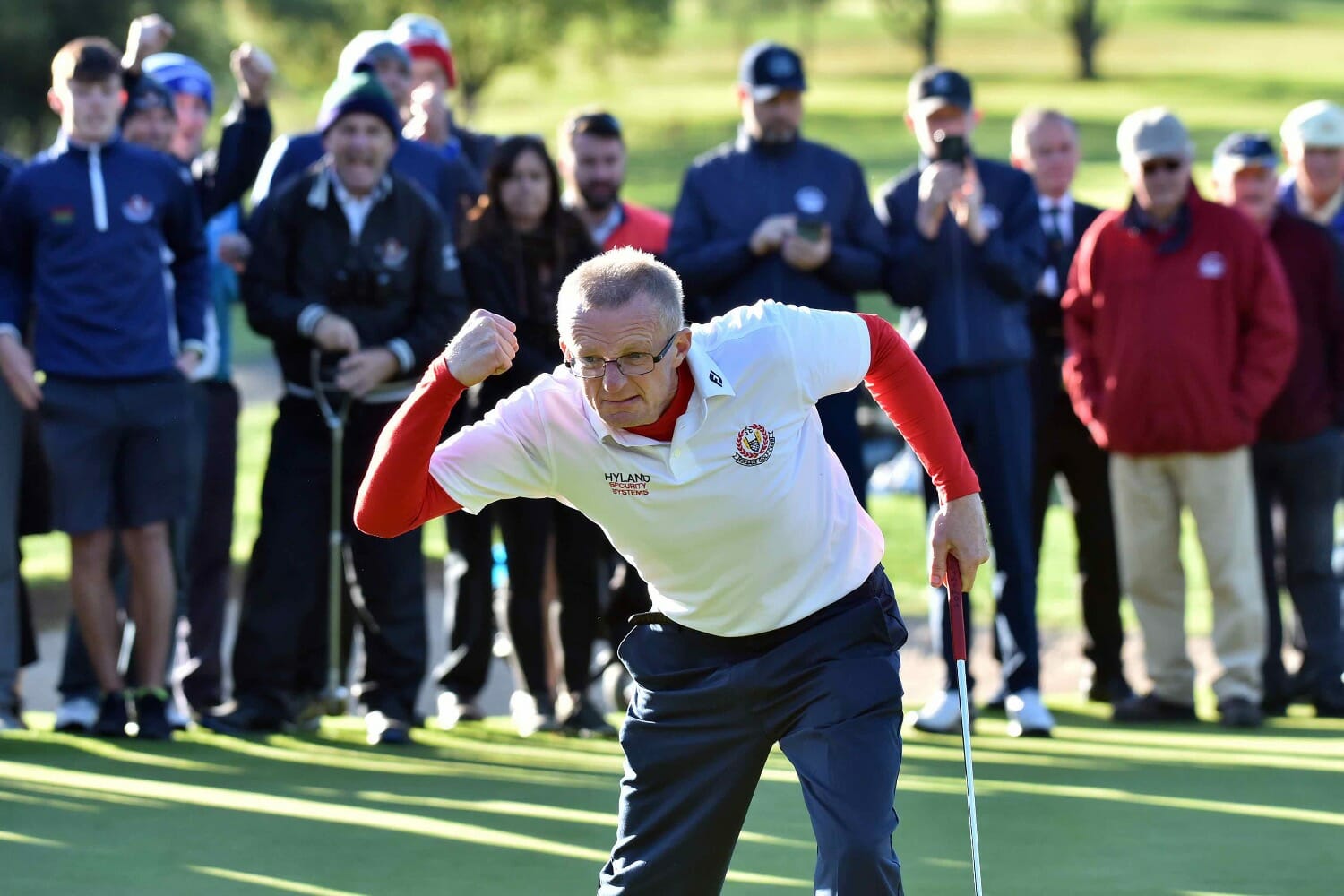 In the matches at Thurles GC, there were big wins at the AIG Cups & Shields Finals for Kinsale, Portumna and Portmarnock over the weekend.

In the AIG Jimmy Bruen Shield Final, contested by Kinsale and Hermitage, it came down to extra holes as the match was tied at 2 apiece with the deciding match won by Kinsale’s Paul Shanahan & Rhys Reynolds on the 19th as they defeated Richard Gladney & Louis Heymeryk.  Shanahan holed an eight foot birdie putt on the 19th hole to snatch the pennant for Kinsale, their first All-Ireland title in their 106-year history and the scenes that ensued were of pure joy for the Cork club.

“Just got it over the line by the skin of our teeth, it was close but that’s matchplay for you, you just never know,” said winning team captain Brian O’Neill. “This means everything to the club, 106 years and our first All-Ireland title. They laughed at us when we put lights up around the putting green in the winter but we kept plugging away and all we wanted was a chance. We got our chance today and we took it.”

In the Junior Cup Portumna took the honours and the winning point, and his second winners medal of the week, was secured by Damien Burke on the 16th green after Gerard Lynch and Sam Murphy had won the top two matches for the Galway side against the Ulster champions Fortwilliam.

Meanwhile, Portmarnock had the task of tackling a tough Royal Portrush side and notched their 20th win in the Senior Cup when Geoff Lenehan holed the winning putt – having also done so seven years ago in the same situation for the club’s 19th win.