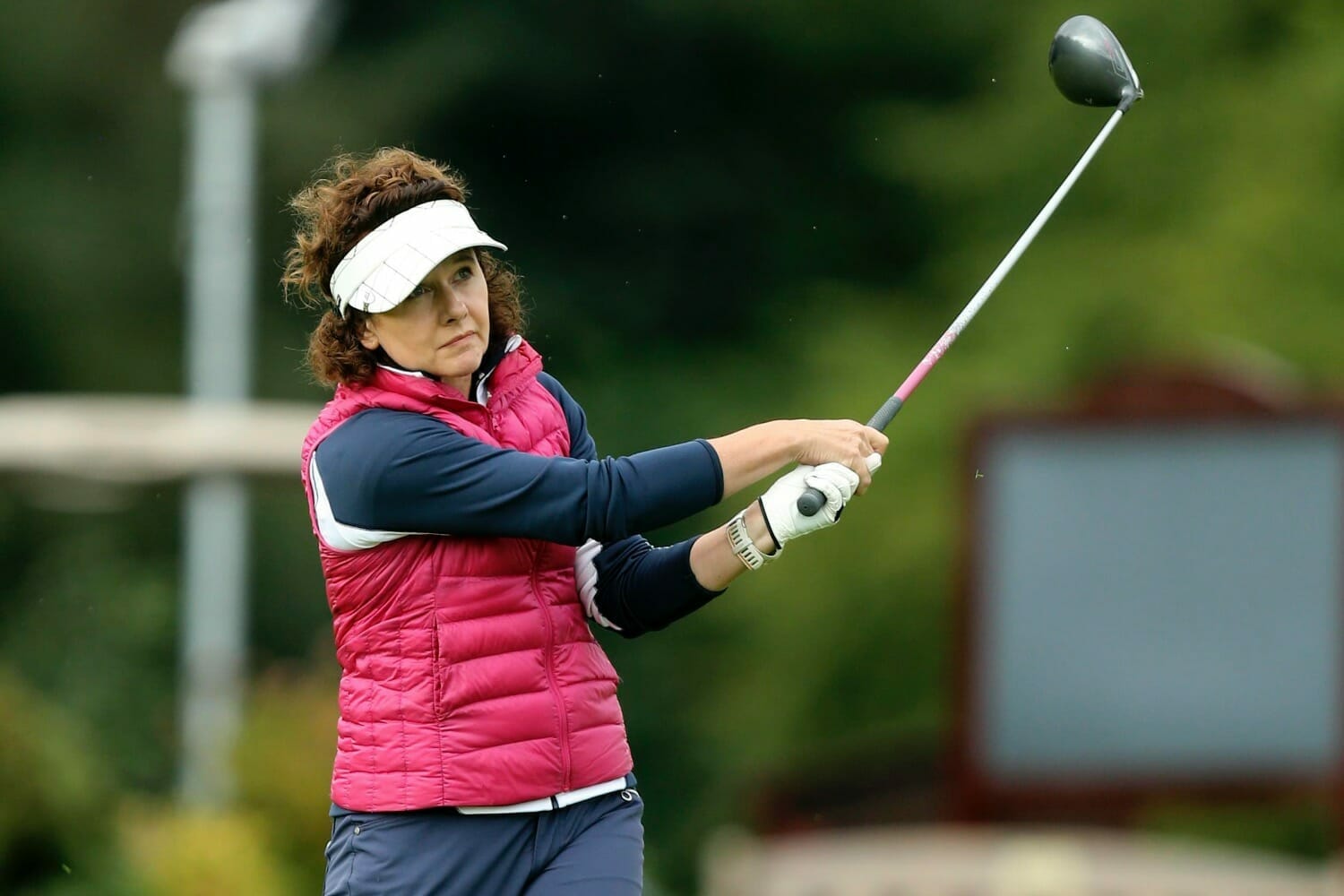 It was a tough day in Knightsbrook but Roscommon, Laytown & Bettystown, Douglas, Monkstown, Fintona, East Cork, Ballina and two Malone teams have all taken a step closer to winning an AIG National Pennant after their victories at the AIG Ladies Cups and Shields today.

Malone, hosts of the AIG Ladies Cups and Shields National Finals in 2017, this year find themselves competing in two finals at Knightsbrook. In addition to the AIG Junior Cup semi-final, where they will meet East Cork, the club will take on Monkstown and Douglas in the Minor and Intermediate Cup Finals.

Roscommon and Laytown & Bettystown will face off in AIG Senior Foursomes Final after beating Shandon Park and Killarney respectively today – both by the same margin of 2.5 matches to a half match. Roscommon have a score to settle having been pipped by Killarney in a tight finishing final at Malone last year, however they will have strong pairings from the Co. Meath club to beat in order to win their first AIG Senior Foursomes title.

Ballina continue in the AIG Junior Foursomes thanks to a 21st hole win from Dolores Tuohy and Bertha Cooke against Castletroy. They join Shandon Park, Beaversown and Courtown in the semi-finals which get underway at 8.45am.

East Cork placed themselves into the AIG Junior Cup semi-final while Fintona carded a convincing win over Tramore in just their second ever National quarter final to set up an AIG Challenge Cup semi-final tie against Macroom on Friday.

ILGU President Vonnie Noonan spoke about the success of the 2018 AIG Ladies Cups and Shields thus far; “We have welcomed countless spectators to Knightsbrook already this week to support their clubsmates. The support of Knightsbrook, and their volunteer members, has been second to none, reinforcing the fact that Irish amateur golf could not be run without volunteer support, we are all excited for what the final two days hold.”

Friday’s matches begin at 8:00am with the final match teeing off at 2:10pm