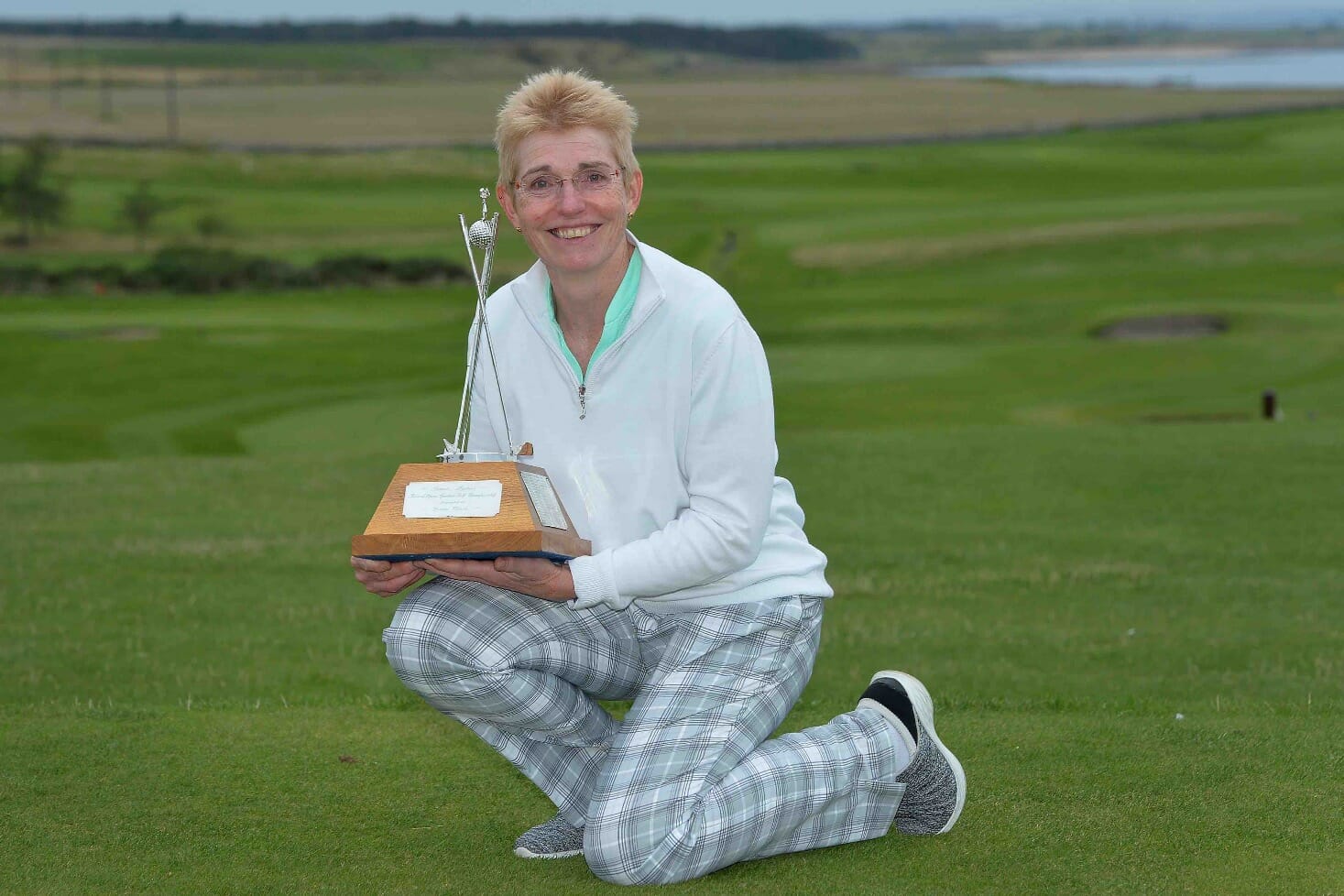 The winner at Caldy in the North-West of England two years ago, Webb led by three shots after an opening round 67, a course record. She coasted to an impressive nine shot victory over Catherine Rawthore with a final round 73 over the Craighead course.

With the second round cancelled due to the stormy weather yesterday – winds reached speeds of around 80mph – the final round conditions remained very tough today.

The East Berkshire golfer did drop early shots at the second, third and seventh holes but hit back with a birdie at the long eighth, a hole she had eagled in round one. On the back nine she started with back-to-back bogeys but then stormed home with birdies at the 12th, 13th and 15th.

She also made a number of vital par saves during the round, a key to her runaway victory.

Webb, who has won the Irish girls, ladies and senior titles and has also played for her country at all three levels, finished on four-under-par total of 140.

“It was really tough going out there today,” she reflected. “Putting was particularly difficult. It may seem that I had a comfortable lead but you can never be too far ahead in these conditions. I am really delighted to win again and will be back to defend at Royal St David’s.”

England’s Rawthore was runner-up after a 77 resulted in her finishing on a five-over-par total of 149 with four players sharing third spot one shot back on six-over par; Canada’s Terrill Samuel, two English players in Helen Lowe and Jackie Foster and Beatriz Arenas.

Rawthore won the Championship at Royal Dornoch in 2014 and she started the final round five strokes behind Webb. In a close tussle for the runner-up spot, she broke clear with a fine birdie at the long 15th and finished with three solid pars.

At 70-years-old, Arenas was the oldest player in the field. The Guatemalan was in second place after an opening round 70 and followed up with an 80 today.

It has been a remarkable run for Arenas. She represented her country in the recent Espirito Santo Trophy at the World Amateur Team Championships in Ireland and last week she won the Irish Senior Women’s Open Championship.