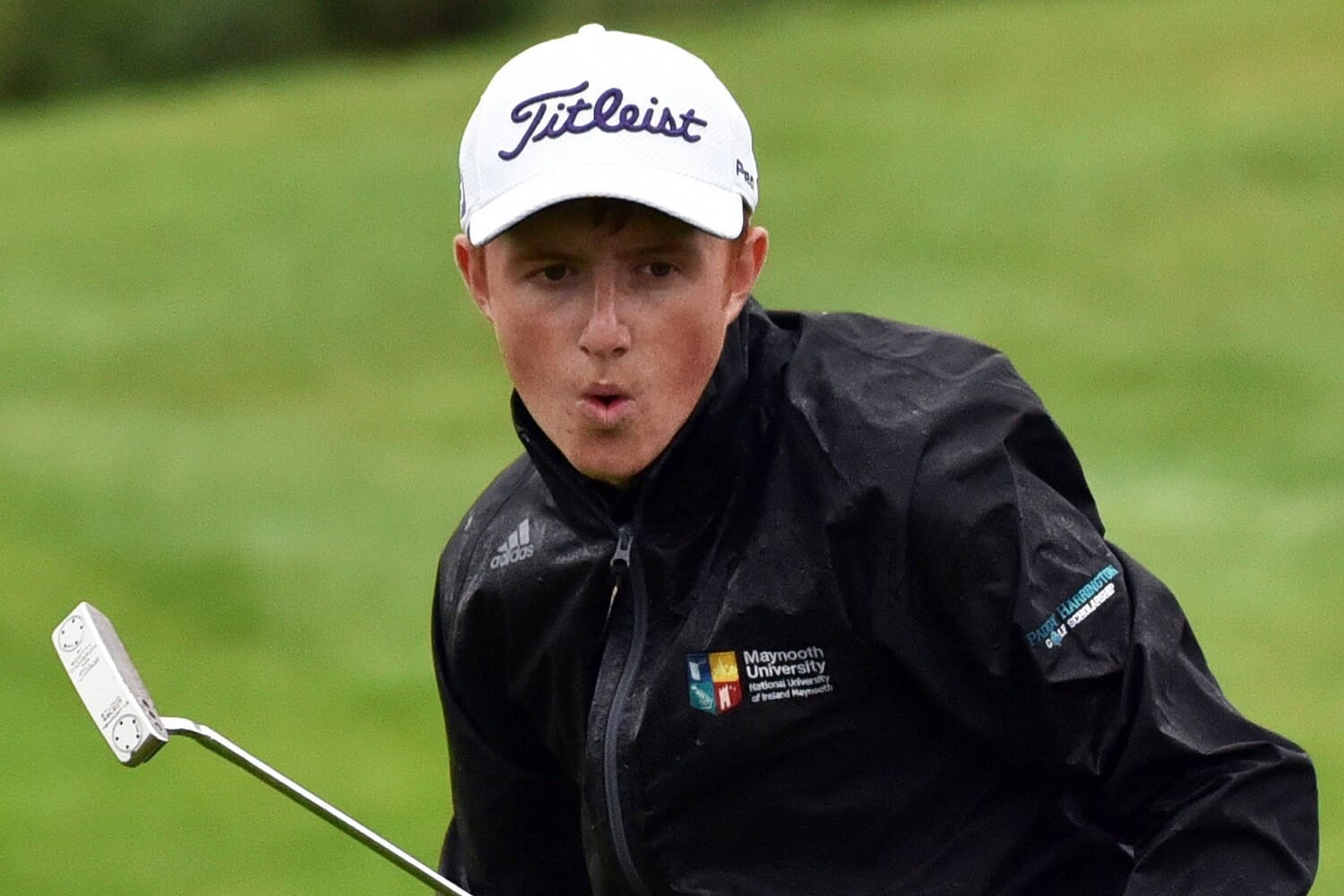 The R&A Bursars tournament got underway yesterday in St. Andrews and Ireland are being well represented with Ronan Mullarney leading the mens event after 36 holes and plenty of others in the mix.

Each year the R&A invites 60 college golf scholars from within Great Britain and Ireland, that the federation financially supports, to compete in this top event. The two-day championship consists of 54-holes strokeplay over two courses with first 36-holes around the Eden course. Players inside the cut mark earn the opportunity to play the final round on the Old Course. The male competitors are fighting it out for the Italian Federation Salver while the women scholars are competing for the South American Salver.

Maynooth University’s Mullarney led the meds event by three shots from college-mate Eugene Smith after rounds of 67 and 71 with another Maynooth alum, Caolan Rafferty, a further three strokes behind in 8th place while Cork Universities John Hickey rounds out the top 10.

In the ladies event, Chloe Ryan is in second place just two shots off the lead after rounds of 73 and 72, with Jessica Ross in 4th and Maynooth University’s Mary Doyle in a tie for 6th.