Anderson defence on track as Race for the West hots up 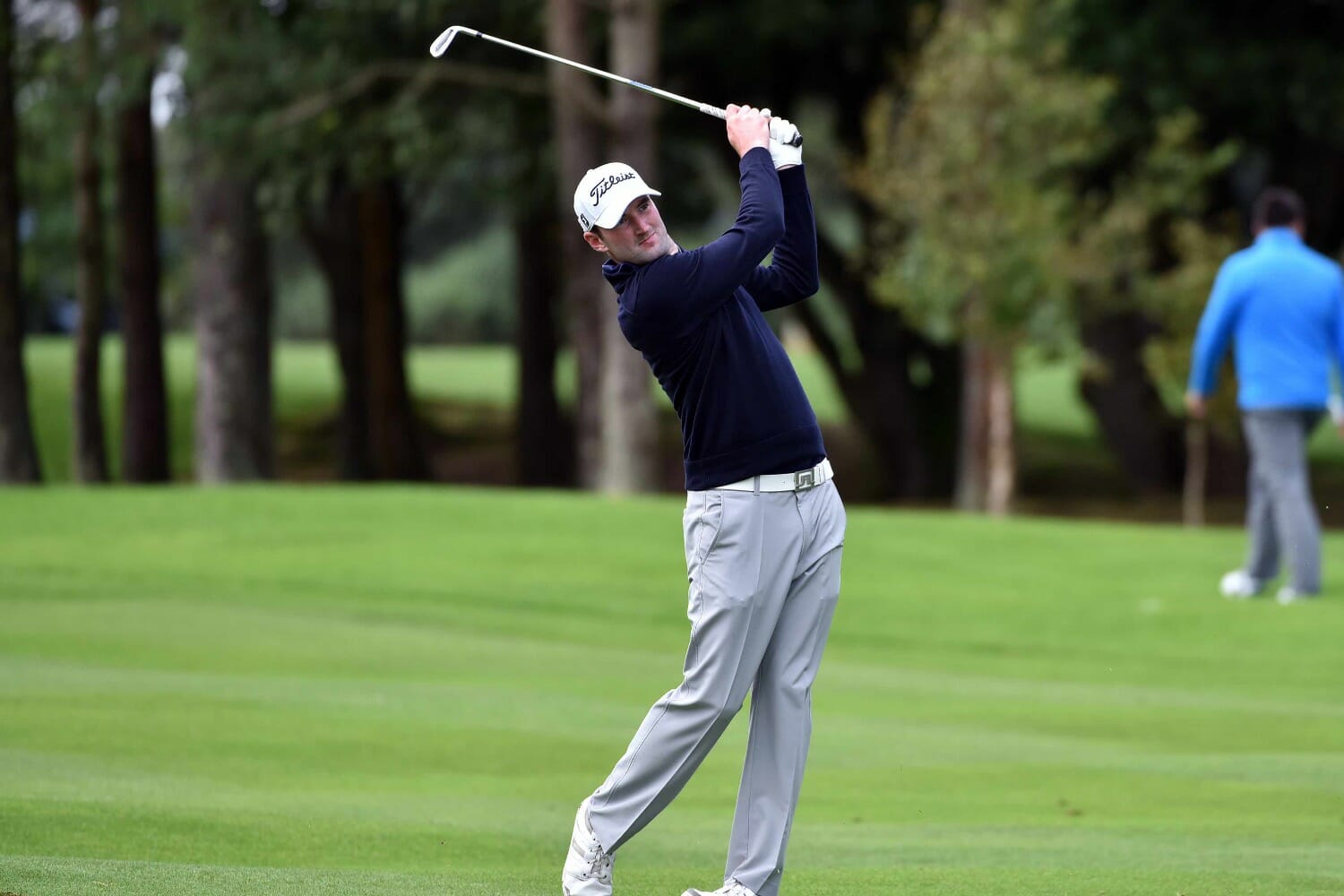 Defending champion, Barry Anderson’s hopes of becoming the first man since Rory McIlroy in 2006 to defend the West of Ireland championship remain intact after he made it safely through to round 3.

Anderson defeated former South of Ireland champion, John Greene 3&2 in their last 32 match before narrowly getting the better of a valiant Michael Ryan jnr 2&1 in their round 2 encounter. The Royal Dublin player takes on Naas’ Robert Brazill today.

In one of the standout matches of round three, the Castle’s Alex Gleeson meets Hilton Templepatrick’s Reece Black for a spot in the quarter finals at Rosses Point.

Gleeson brushed aside Carton House’s Jack Doherty 5&3 in the last 32 encounter before proving too strong for Welshman, Jake Hapgood, 3&2 in their last 16 faceoff.

Reece Black had a much tougher time of it and need extra holes to eventually see-off Castleknock’s Paul Coughlan on the 20th. He had it much easier against Dun Laoghaire’s Conor Ryan, taking that contest 5&3.

Leading qualifier Kyle McCarron, takes on Portmarnock’s Jack Pierse this morning having overcome Tandragee’s William Small in round 1 before taking the scalp of Massereene’s Tiarnan McLarnon on the 18th hole in round 2.

Two-time Irish Boys champion, Mark Power, looks in ominous form as he coasted into round 3 unchallenged. The 17-year-old from Kilkenny blasted passed Paul O’Hanlon 7&6 in round 1 before dispatching Robbie Hynes 5&3 in round 2.

Athlone’s Thomas O’Connor has the unenviable task of trying to tame the teen today while in another highlight of a packed draw, lowest handicapper this week, Tramore’s Robin Dawson (+4) takes on local favourite, Sligo’s Sean Flanagan.

County Sligo plays host to some super match-ups this morning as the race to become West of Ireland champion starts to really hot up. The quarter-final is scheduled to be completed this afternoon ahead of tomorrow’s semis and final.

If you’re in the area at all and managed to snake a cheeky day off work, this one will be worth going to see as the cream of amateur golfing talent in Ireland compete for one of the game’s most illustrious titles.