The Faldo Series returns to Lough Erne Resort this year in a new July date and with valuable World Ranking points up for grabs.

The Faldo Series Northern Ireland Championship will welcome a strong field of young golfers to the Enniskillen venue (July 18-20) for the 11th Faldo Series event to be hosted in County Fermanagh.
“We were determined to make sure the tournament was World Ranking this year and to do that, we opted to make it a three-day event,” said Lough Erne Director of Golf, Lynn McCool.

“Historically the tournament was held in April and that worked very well but adding another day encouraged us to move the event into the summer during the school holidays and hopefully in some warmer weather. Now that it is a world ranking event, we are expecting to receive even more interest so prospective participants should get their entries in soon.”

Last year, Robert Moran won the Faldo Series Ireland event at Lough Erne by a single shot. The Castle Golf Club member fired an excellent final round of 69 – four shots better than any other player on the day – to book his ticket to the Faldo Series Grand Final which was held at Al Ain Equestrian, Shooting and Golf Club in UAE.
“It’s a wonderful prize to reach the Grand Final,” added Lynn.
“The winners get to travel, to spend time in a learning environment and mix with other golfers from all over the world.
“In the past, we hosted the Grand Final at Lough Erne and Sir Nick Faldo puts a remarkable amount of time and effort into the week. It’s one of the reasons why the Faldo Series is now a huge global competition.”
This year’s Northern Ireland Championship will be played over three rounds on the Faldo Course at Lough Erne. The field will be divided into five age-groups – three for boys and two for girls – and the winners of each division will again join Sir Nick Faldo at the season-ending Faldo Series Grand Final. 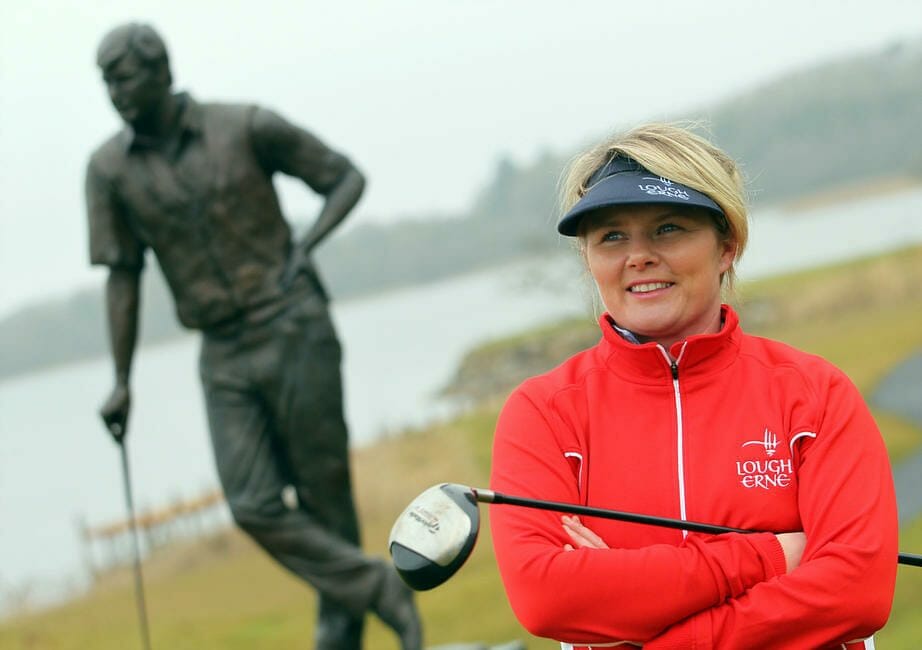 Lynn continued: “The Faldo Course provides a different challenge for these young players. They have to think their way around, especially when faced with risk and reward holes like the 10th and the 17th.

Sir Nick Faldo created the Faldo Series in 1996 to give opportunity to young people through golf and to help identify and nurture the next generation of champions.
Supported by golf’s governing bodies, 40 annual tournaments now take place in 30 countries worldwide, spanning Europe, the Middle East, North and South America, and Asia. Past winners include major champions Tseng Ya-ni and Rory McIlroy.

To enter the Faldo Series go to www.faldoseries.com