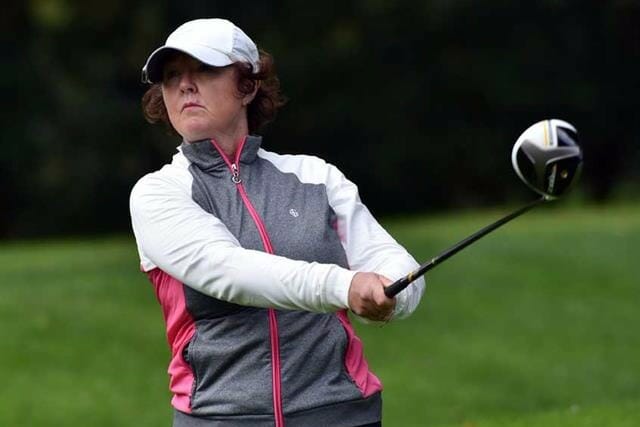 Ireland have avenged their narrow loss to England last year by beating the old enemy to this year’s Ladies Senior Home Internationals title in similarly dramatic style at Newport in Wales.

Ireland edged passed a resolute England team 4.5 – 3.5 to claim the crown for the third time since the tournament’s inception in 2003.
Both sides were level on points going into today’s crucial encounter, Ireland having battered Scotland on the opening day, 6-2, and having been equally merciless in beating hosts Wales 6-2 on the second day.

It was all to play and with neither side willing to give an inch, a very tight, edgy affair saw both teams take 1.5 points from the morning foursomes.
It was up to one side to find that extra gear in the afternoon singles and it was the ladies in green who managed just that, winning 3 out of the 5 singles matches to snatch the precious title by a single point, 4.5 – 3.5.

What a fantastic performance by the ladies, a true inspiration for the girls’ teams to look up to. Well done to Pauline Walsh and the whole team. Incredible effort!