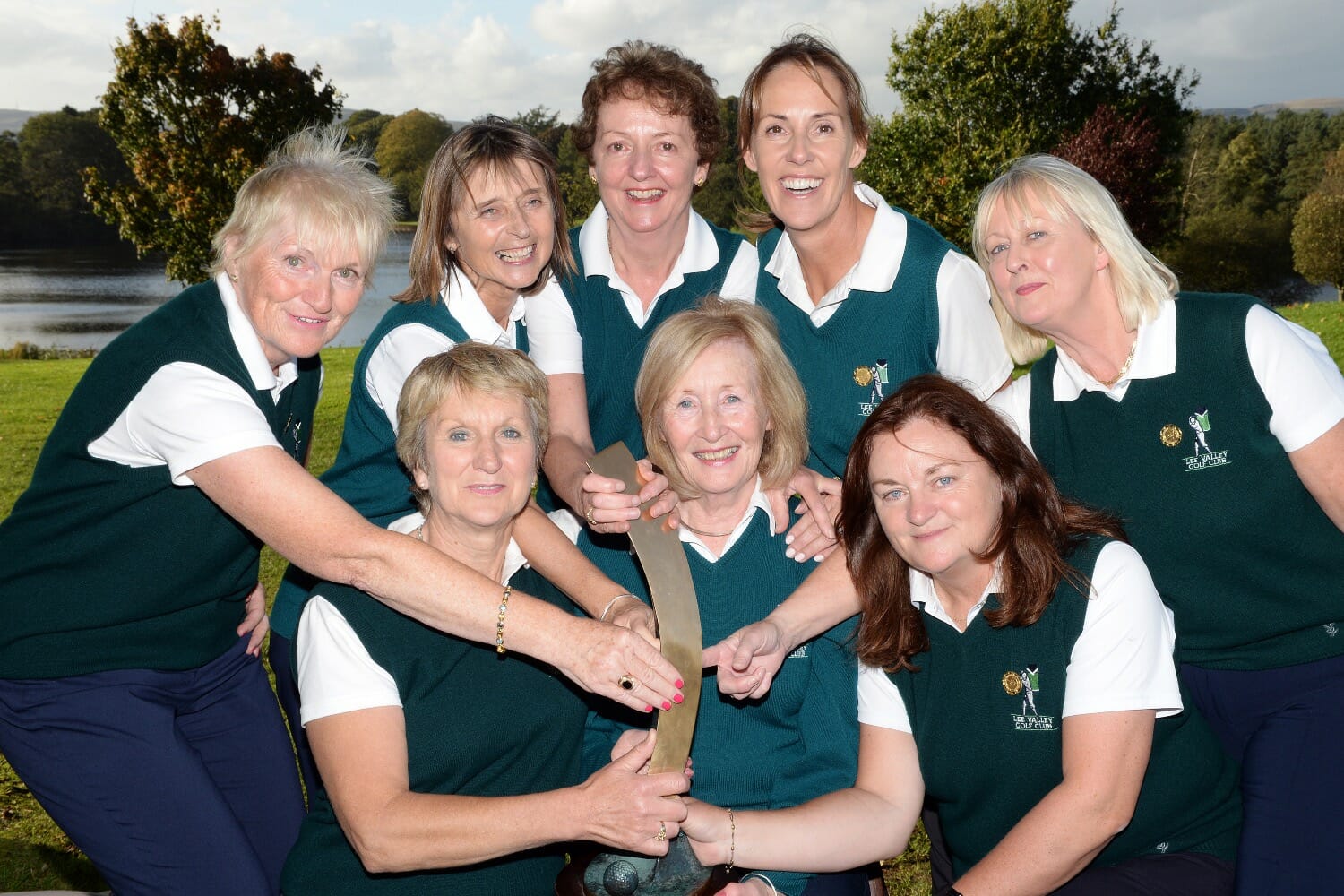 It’s all smiles in Cork as Lee Valley took their third All-Ireland title at the AIG Ladies Cups & Shields Finals.

After overcoming Donaghadee, Lee Valley met Connacht champions Mountbellew in the AIG Minor Cup Final. The first point went to Rose Driscoll, who carded a 2&1 victory over Katie Coleman. Breda O’Callaghan added a second win for the Munster team and it was Deirdre Lee who secured the win for the Cork club. “We’re absolutely thrilled, it could have gone either way right up until the end, it was an amazing contest,” said Team Captain Angela Corcoran. “This is our third All-Ireland, we have won two Intermediate Cups and now a Minor Cup in the last 5 years, it’s a huge honour for our 25-year-old club!”

In the AIG Intermediate Cup final, Carton House and Cahir Park were neck and neck throughout. A convincing 7&5 win for Michelle Keating in the second match was counterbalanced by a win for Siobhan Plunkett. Emma Fox and Joanne Noonan added another point for each team with the last match becoming the decider. However, the final match went the distance and while both teams had a chance to win on the 19th and 20th, light was the winner and after 4 extra holes both team managers decided to suspend play and continue the match this morning.

Killarney were aiming to win their second All-Ireland pennant of the year in the AIG Senior Foursomes final. The 2017 All-Ireland Senior Cup Champions were up against Roscommon, playing in their first All-Ireland final. Top match pairing Mary Sheehy and Fidelma O’Connor won their match for the Munster side on the 18th, with Roscommon pair Ruth Lennon and Ciara Hereward-Ryan closing out their match 5&3. Again, due to light, the 3rd match, which had just finished the 20th hole, decided to return tomorrow to finish their match.

The play will resume tomorrow at 10:00am for the Senior Foursomes on the 21st tee and Intermediate Cup on the 23rd tee, with the Junior Foursomes Final also teeing off at 10.00am.