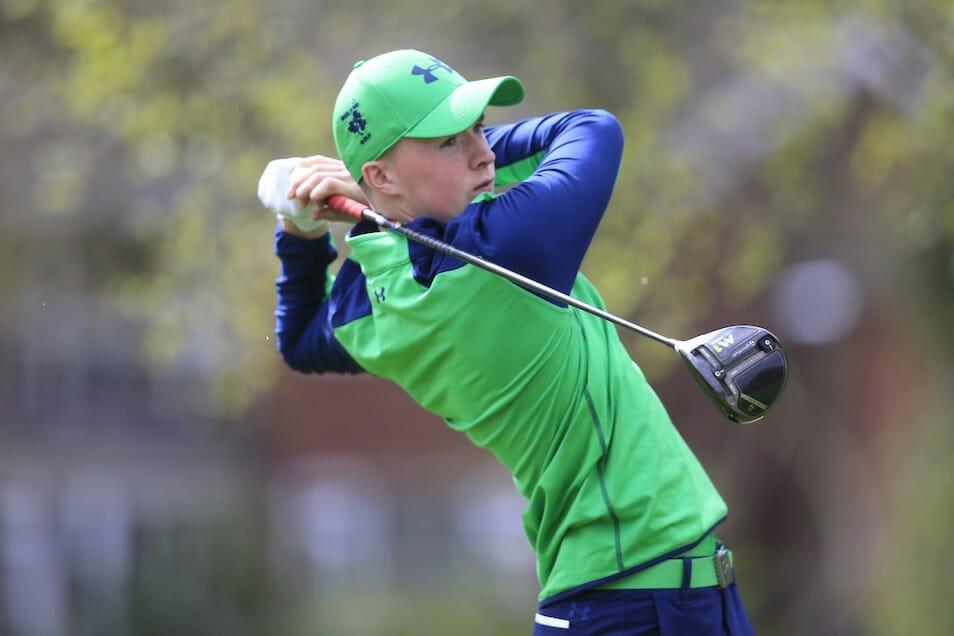 As the golfing year draws to a close, preparations for 2018 continue apace with confirmation of the GUI’s underage panels for next season.

Holywood’s rising star, Tom McKibbin, has been promoted from the Under-16 Panel along with Odhran Maguire (Slieve Russell), Aaron Marshall (Lisburn) and Luke O’Neill (Connemara). Athenry duo Allan Hill and David Kitt, beaten finalist at this year’s AIG Irish Close, also made the cut as did Charlie Denvir (Elm Park).

Ireland begin the 2018 season at the Cardigan Cup in Wales, which is scheduled for March. The European Boys Team Championship (10-14 July, Czech Republic) and the Boys Home Internationals (7-9 August, Royal Dornoch) will be the major targets.

On the Under-16 panel Josh Black (Hilton Templepatrick) and Keaton Morrison (Greenacres) are the two returning players from this year’s panel.
Both panels will benefit from coaching weekends at the GUI National Golf Academy in Carton House, which will be led by GUI National Coach Neil Manchip. The Under 18 panel have two sessions in 2017: October 7-8 and November 11-12. The Under-16s will also meet twice before the end of the year: October 21-22 and December 2-3. There will be further coaching weekends early next year in advance of the new season.

“The coaching weekends are really important for new players coming onto the panels,” explains outgoing Ireland Boys Captain Cathal McConn. “This is a major part of their education to become team golfers. It helps them to mature and develop a strong team spirit. Ultimately, it makes them better competitors.”

Reflecting on the 2017 season, McConn added: “Our goal was to retain our position in Division 1 at the European Boys Team Championship and we did that, which was critically important. We were aiming to win the Boys Home Internationals and while we finished second, every one of our 11 players won a point. That was another highlight of the season.

After three years at the helm, McConn has completed his term as captain.
“I loved every minute of it,” he said. “I get a great buzz when I see the young lads playing well.”
The GUI’s High Performance and Coaching programmes are supported by Sport Ireland.