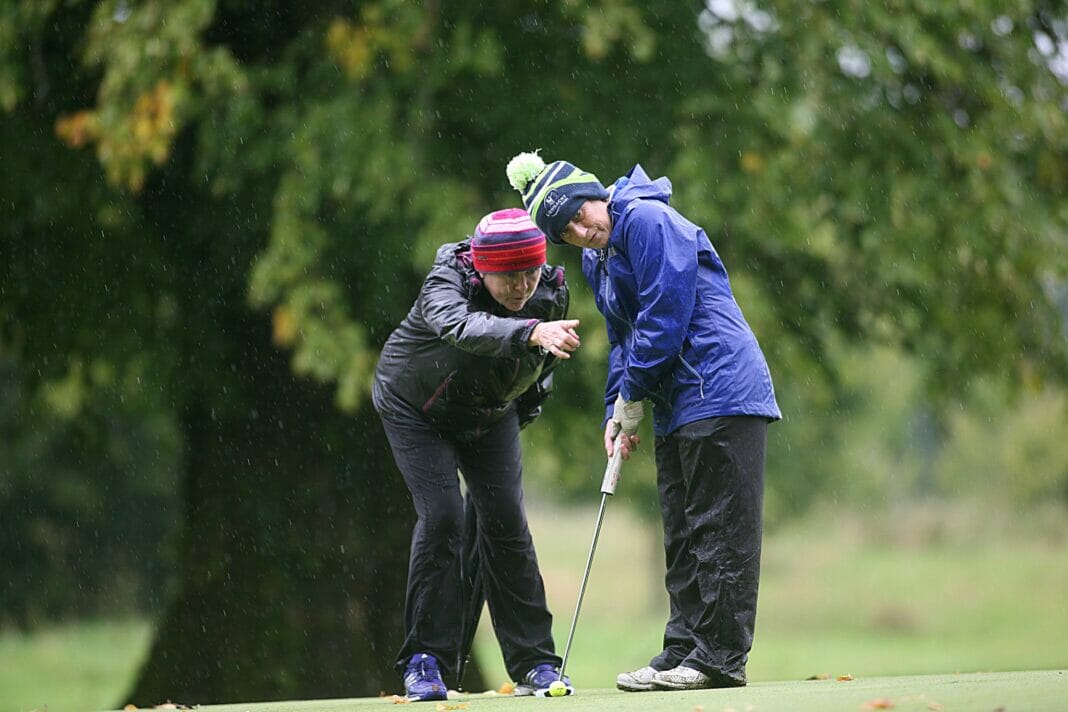 Riviera leads by example in how to present a tournament course

On the first day of competition Cahir Park, Headfort, Carlow, Lurgan and two Mountbellew teams, teed it up in less than favourable conditions.

In the AIG Intermediate Cup (handicaps 16 – 21) Cahir Park prevailed to deny the first of 3 Mountbellew teams a semi-final place. It wasn’t to be a day of disappointment for the Connacht club however as their AIG Minor Cup (handicaps 22 – 27) team turned out to be too strong for Headfort. The final match of the day between the Carlow and Lurgan AIG Senior Foursomes teams was in favour of the Ulster women all day and despite horrendous conditions, they held their nerve to win 2 of the 3 matches and now face Killarney in tomorrow’s semi-final.

Riviera leads by example in how to present a tournament course