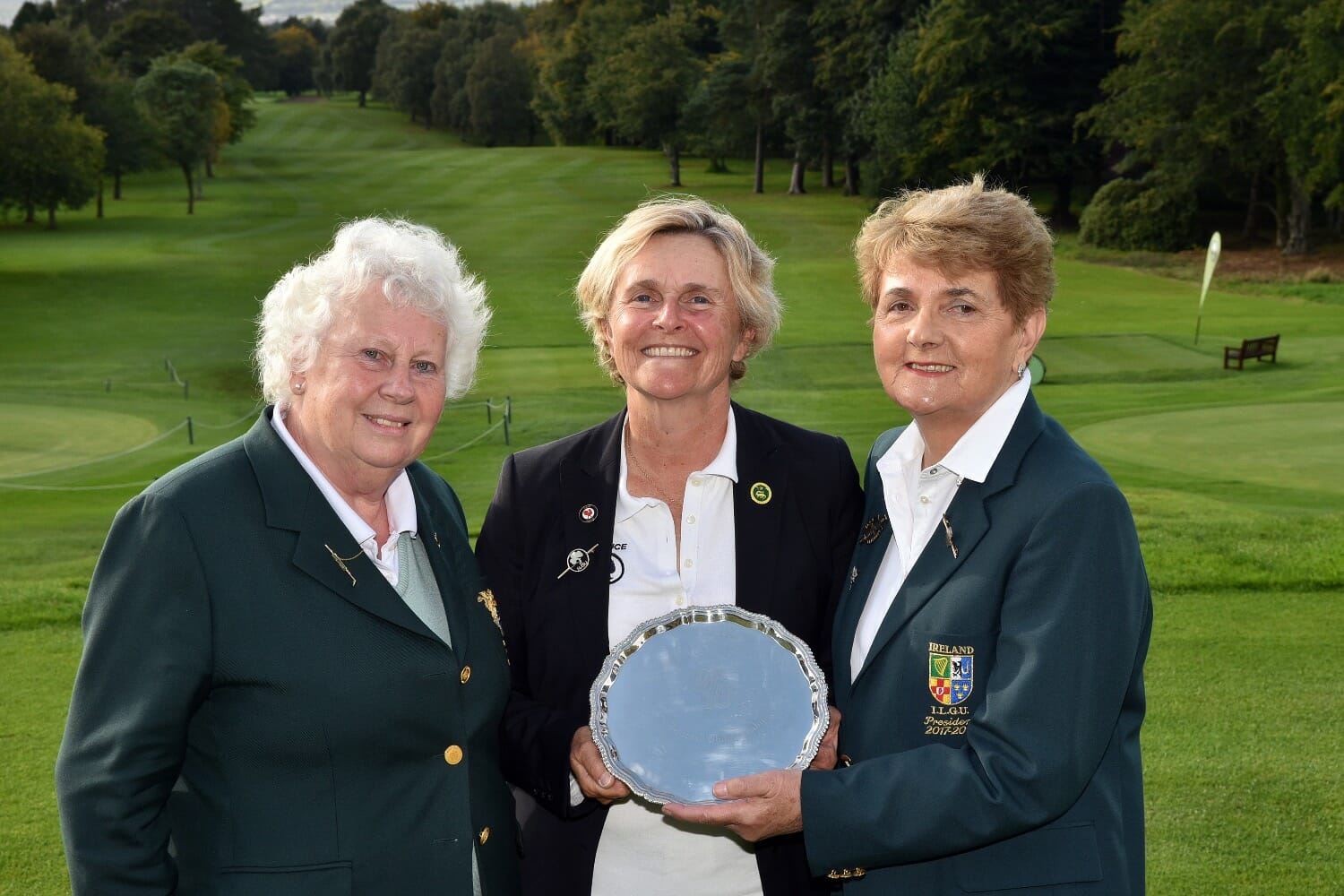 It was a glorious September day at Belvoir Park fr the final day of the Irish Seniors Women’s Stroke Play and it was Christein Petit-Martin who once again shined brightest on course.

Petit-Martin, leading by five shots overnight from defending champion, The Island’s Gertie McMullen, put in another sublime performance at the top of the leaderboard and recorded a 72, the best round of the day for the third straight day, to take the title,

Best of the Irish was Gertie McMullen who, even though she was overtaken by Catherine Rawthorn for second place, held onto third place.  Next best was Sheena McElroy (Grange) who won the best Nett overall prize and the best nett (over 60) inished eighth in the tournament with Suzanne Corcoran (Portumna) in ninth.