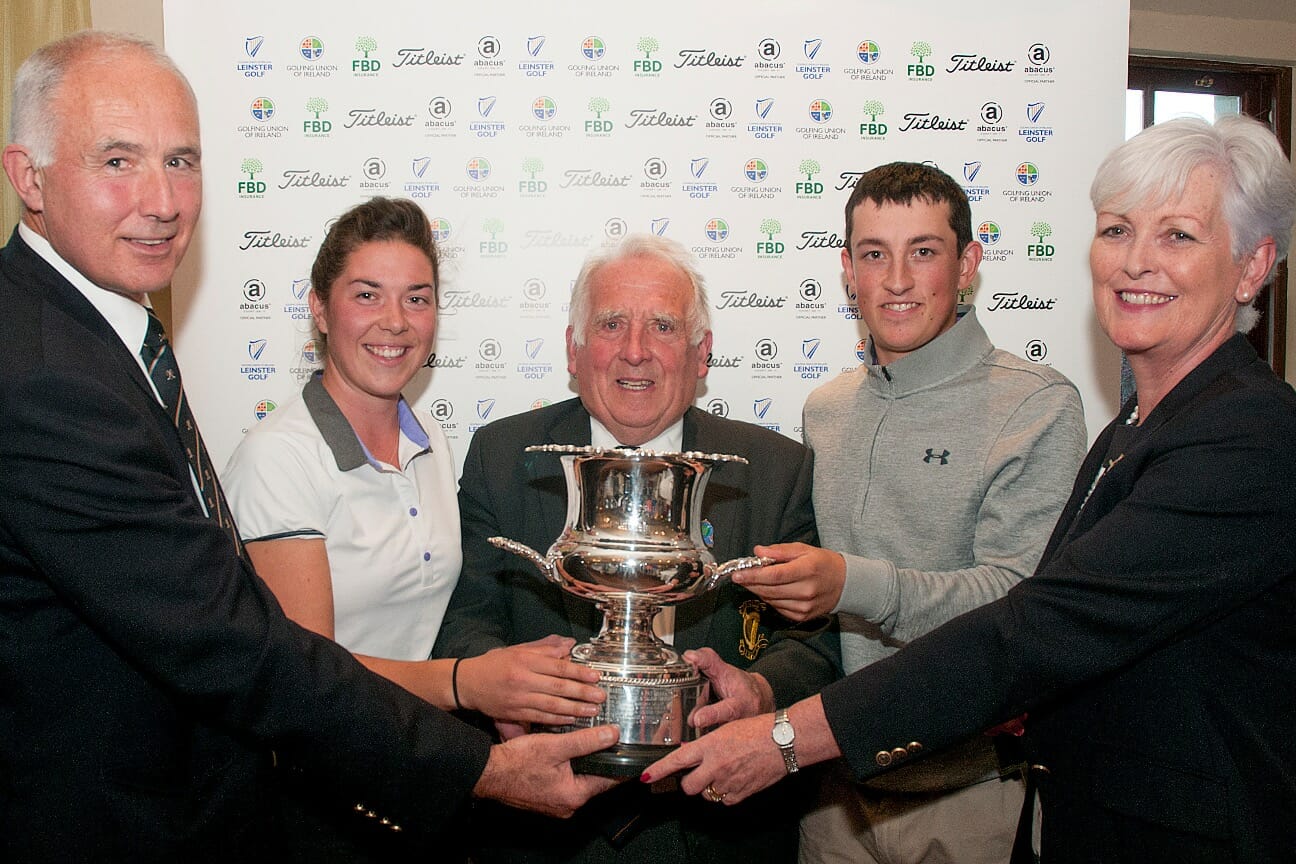 Tough windy conditions made it difficult for all competitors at Greystones Golf Club in the East of Ireland Mixed Championship and it was local pair Marc Nolan and Lauren Murray from Delgany who handled it best as they returned a very solid second round 76 to win by three.

The pair were one shot behind Seapoint’s Carla Reynolds and Tullamore’s Stuart Grehan heading into the afternoons as they had topped the leaderboard with a 72. However Reynolds and Grehan couldn’t match their morning exploits in the afternoon session and were overtaken after returning an 81.

Commenting on their victory, Marc Nolan said “the course was in absolutely super condition, the greens were fast and true just as I like them”.  Lauren Murray said “it’s the first time I have played in Greystones in a number of years and the course tested all parts of my game”. She said it was the first time she played with Marc also and said he’s an absolute gent, thoroughly enjoyed the game and will definitely defend the title with him next year!

2015 winners, Castletroy duo, Andrew McCormack and Chloe Ryan finished three shots behind on 152, while Irish International, Grehan playing off +4 and Reynolds off 2 strong contenders for the title and leaders after round one finished third on 153.  Best Nett was won by Jason and Joan Brennan (Castlecomer).