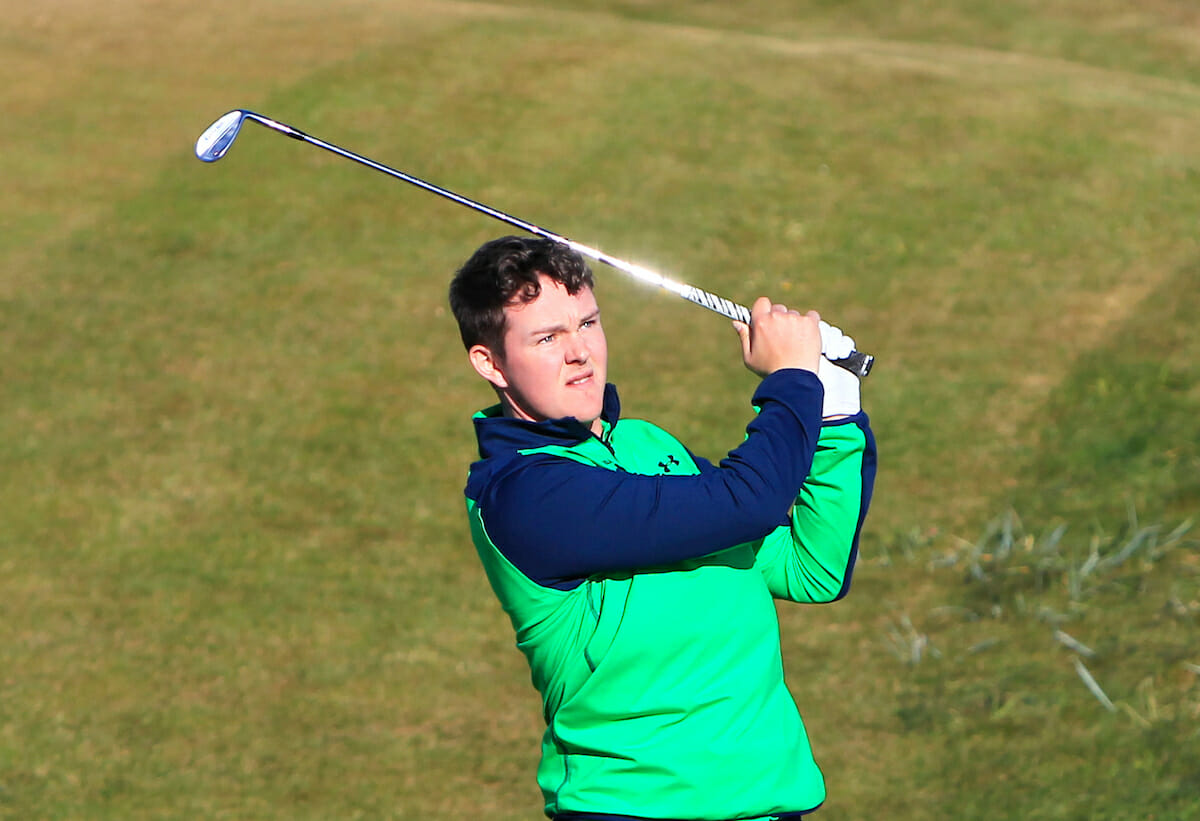 It was a case of passing the baton at the St Andrews Links Trophy as  John Ross Galbraith took up where Conor O’Rourke left off last year.

Playing the Jubilee Course , Galbraith fired in a 66 to set the pace on day one bouncing back from a bogey-bogey start to card eight birdies in total.
“I played lovely golf all day but didn’t putt too well on the first nine,” said Galbraith speaking to Martin Dempster of the Scottsman after his round.
“On the sixth, I had an eagle putt but we had to wait for a minute or two for the torrential rain to go off a bit and I two-putted. “I’ve not done too much this year, but finished eighth in the Scottish Strokeplay (at Western Gailes last weekend).”

In total, 16 players from Ireland are competing at St Andrews. From a starting field of 144 competitors, the top 40 and ties will qualify for the final 36 holes on Sunday. The Jubilee Course is first up for the players in Friday’s opening round. Round two takes them over the Old Course, which is where the title will be decided on the final day.
Robin Dawson carded a 69 to lie three back from Galbraith with Caolan Rafferty a further shot back carding a one under 70
Walker Cup hopeful Conor O’Rourke carded an opening round 72 opening his defence of the title he won wire to wire last year.