Wire to wire victory for Maria Dunne at Baltray 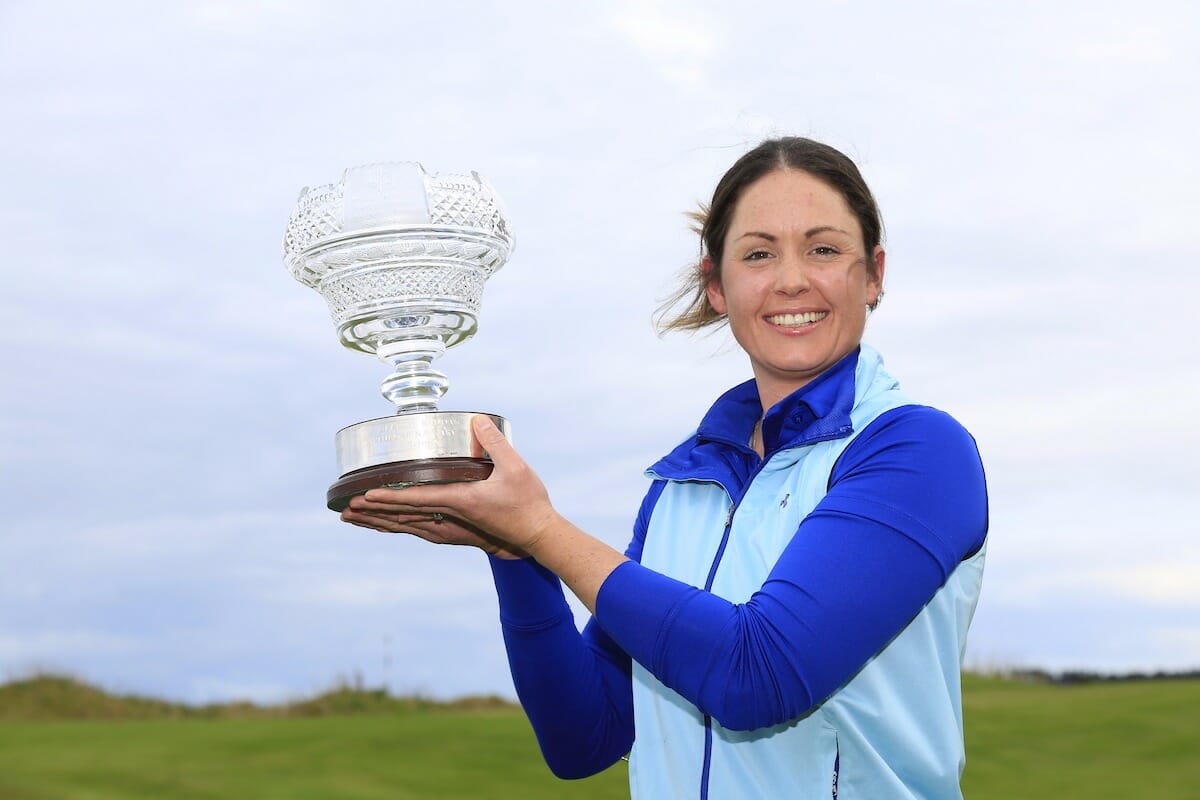 With a record opening 66 (-9) on Friday, Dunne took a one shot lead from playing partner Gemma Clews of England into the second round. The wind got up on Saturday and Baltray showed its teeth, both leaders struggled compared to their first rounds, carding 76 and 75 respectively. They headed into the final day all square on 8 under par but by the par 5 6th Clews had opened up a 2 shot lead. The 11th was a turning point however; Clews 3 putted for par while Dunne held a 10 foot put to get up and down for birdie. From then on Clews struggled on the greens and fell two shots behind Dunne alongside Lianna Bailey (England) by the 15th.

Two groups ahead, Sophie Lamb (England) was making a charge, having birdied the 16th and 18th to shoot 4 under and finish the tournament on – 7 she would hold the clubhouse lead and wait to see how the leader would fare on the closing holes. “I didn’t start off very well, I bogeyed the first and missed a birdie chance on the short 2nd but I stayed patient and knew that with the wind direction there was some birdie chances on the back 9 and I rolled a few nice putts in on the closing holes.”

Dunne held her nerve, holing another 10 footer on 17 for par and rolling in from 8 foot for birdie on 18 to become 2017 Irish Open Stroke Play Champion.
“I am absolutely delighted, it was nerve wrecking!”
“I just tried to focus on my own game and keep going one shot at a time, that’s easy said but I really tried to stick to it today. Once I realised I was a couple of shots ahead of my playing partners I said to myself to just par the last 4 holes and don’t worry what the others are doing. I managed to get a nice par on 18 which was a great way to wrap it up!” said Dunne.

Family is everything to Maria; “Not quite all my sisters were here like they were for the Curtis Cup but my parents, my in-laws, my husband and some of my nieces and nephews were out there today which was great support. As well as all the support from the Co. Louth members!”
Maria now heads to represent Skerries in the East Leinster Senior Cup Qualifiers, followed by the Irish Women’s Close Championship and the British Amateur in June.

The English team of Clews, Lamb and Price, all finishing inside the top 10 individually, won the International Team Event, while Rachel Thompson (Cork) won the prize for best U18 player.