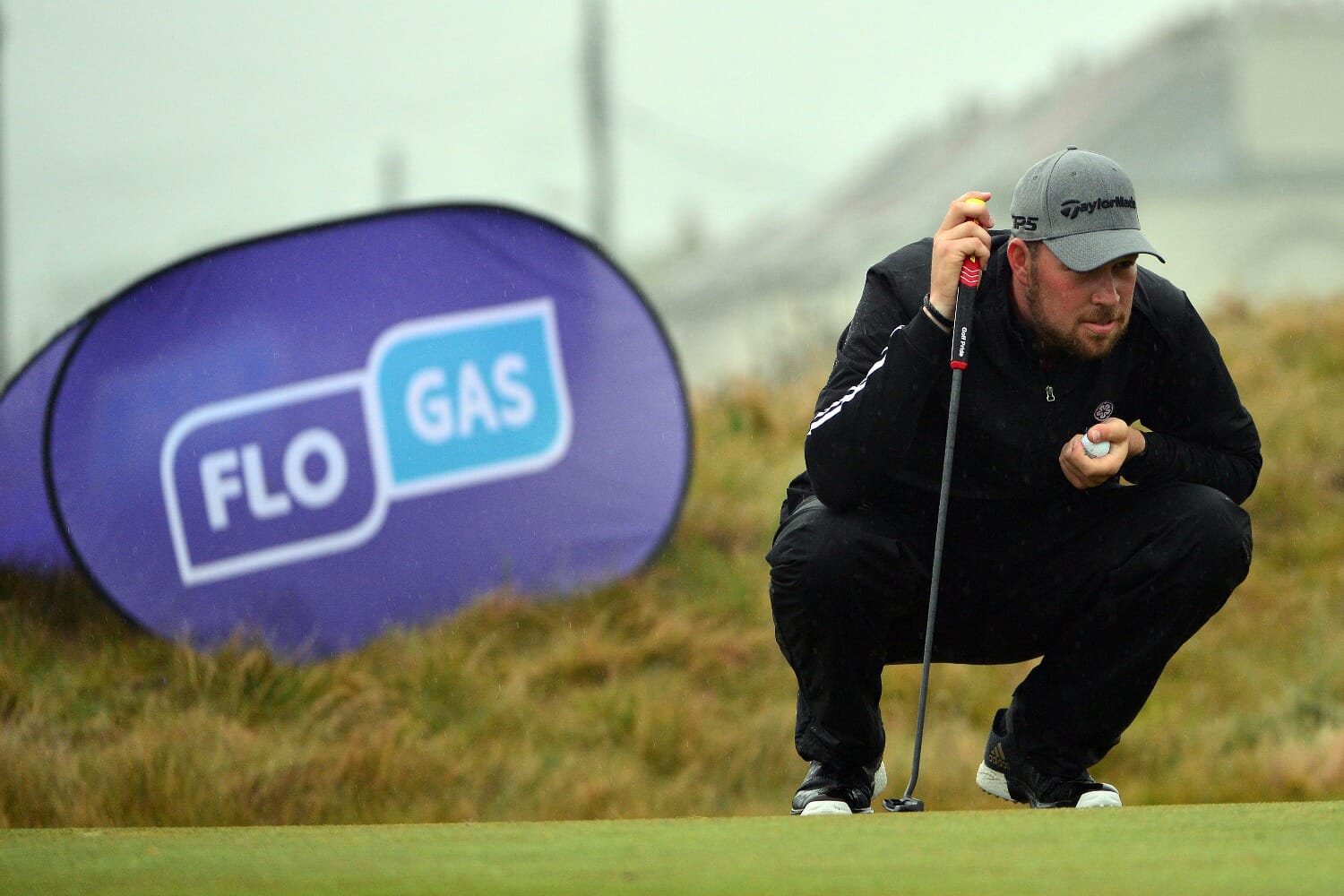 For England’s Sean Towndrow, it feels good to be back on the course following a year out of the game. Nine months since he completed treatment for lymphatic cancer, the 26-year-old is contending for titles again.

At the halfway stage of the Flogas Irish Amateur Open, he shares a one-shot lead with South Africa’s Kyle McClatchie.
“It’s good, it’s nice. It’s been a while since I’ve been up there,” said Towndrow. “It’s about nine months since I finished treatment so I just got back into golf in early February.”

Towndrow was struck down suddenly in 2015 and diagnosed early last year.
“It just came out of nowhere,” he revealed. “I had a massive pain in my chest because I had a tumour in the front of my chest. I struggled to breathe and at the time struggled to walk further than 10 yards.”

Golf remains a full-time commitment for Towndrow. Understandably, his perspective has changed.

“Golf has a different meaning now. I’m just trying to get my fitness back, the more rounds I can play the better,” he said.
To win at Royal County Down would be remarkable though there is still a long way to go. And he has company at the top of the leaderboard.

South African Kyle McClatchie followed his opening 68 with a level par 71 to set the clubhouse target.
“It’s been lots of fun the last two days. Yesterday was smooth sailing but today was a grind and I am happy to get away with level par,” said 19-year-old McClatchie, who will emulate 2002 champion Louis Oosthuizen should he take the title.

A congested leaderboard has two home players in the chasing pack. Marc Norton (Belvoir Park) and Peter O’Keefe (Douglas) are just one behind.
Former professional O’Keefe has been steady and assured. The 35-year-old from Douglas matched his opening round 70, closing with back-to-back birdies. Belvoir Park’s Marc Norton was five off the pace but an impressive 67 moved him into contention.

“This is my first Irish Amateur. I’m delighted to be playing well,” said Norton, 19, a second- year psychology student at Oakland University in Michigan.
Leinster Youths Champion at Esker Hills in 2016, Norton is feeling good about his game: “I was hitting a bit of form just before coming back home,” he said. “My short game has got me out of jail a few times which has been key in helping me keep up momentum.”

A birdie at the 9th from 124 yards also helped. Norton had to play out sideways after an errant drive, then holed his third shot for a welcome bonus.

Walker Cup captain Craig Watson is busy scouting the field this week. So far, Castle’s Alex Gleeson has been most impressive of the seven Great Britain & Ireland panellists on show.
“I hit a lot of greens today, which helped,” said Gleeson, who is reigning Irish Close Champion. “I think there will be a lot of guys within striking distance over the weekend.”

At close of day two, 13 players are within three shots of the lead. Kinsale’s John Murphy moved himself inside the top 10 thanks to a superb second round.
With a 7am start plus an economics exam looming in the afternoon, Murphy would have been forgiven had he felt distracted. But why worry when you can shoot 66.

“Anything under par out there is a good score,” said Gleeson, which put Murphy’s 66 into context.

Early morning rain did nothing to dampen Murphy’s enthusiasm. If anything, it was a help.
“It a lot easier coming in with wedge shots and iron shots because you can throw them at the flag rather than have to land them short and run them up,” Murphy explained and his aggressive approach paid dividends at the 16th when he pitched in for eagle.

“I just bogeyed 15 to go back to two under and I was a little bit annoyed at that,” Murphy recalled. “I hit a good tee shot on 16. I went for the green and it just trickled over the back.”

Five birdies already on his card, Murphy struck again at 17 but had to save par at the last, skillfully escaping a greenside swail with the blade. Mum Carmel kept watch, one eye always on the clock, anxious they would make Maynooth in time for John’s next assignment.

“I requested first tee time today because I’ve an exam at 3.30pm so not ideal but some things have to be done,” said Murphy. There were no visible signs of stress as he departed. If he passes the weekend with flying colours, he could yet add a major title to a CV that includes the Munster Boys Championship he won last year at Dromoland Castle.

For him and the rest of the field, there is still a long way to go but reigning champion Colm Campbell faces a battle to make the cut. A second round 73 left him five shots outside the projected mark of five over.

Following tomorrow’s third round, the top 50 and ties progress to the final day.