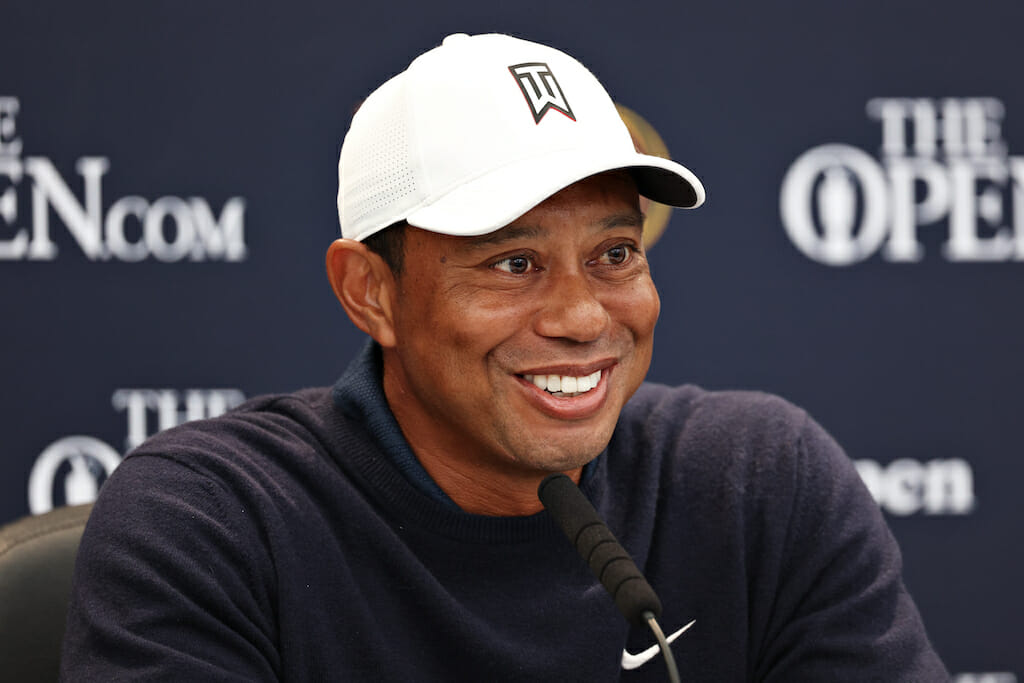 Men’s pro golf just gets crazier and crazier by the day with Tiger Woods understood to have turned down an offer between $700 million to $800 million to sign with LIV Golf.

That’s according to LIV Golf CEO Greg Norman who was speaking with Fox News’ Tucker Carlson on his ‘Tucker Carlson Tonight Show’ in the States.

According to Forbes magazine, Woods’ net worth is just over $1 billion dollars but Woods has no interest in putting his signature to a LIV contract that would nearly double his career earnings, and is staying steadfastly a member of the PGA Tour.

Woods has not, nor would you expect him to, responded to Noman’s comments though in speaking two days ahead of last month’s 150th Open Championship he said: “The players who have chosen to go to LIV and to play there, I disagree with it. I think that what they’ve done is they’ve turned their back on what has allowed them to get to this position.

“You’re just getting paid a lot of money up front and playing a few events and playing 54 holes. They’re playing blaring music and have all these atmospheres that are different.  I just don’t see how that move is positive in the long term for a lot of these players, especially if the LIV organisation doesn’t get world-ranking points and the major championships change their criteria for entering the events.”

And there was also Woods’ dig at Norman in relation to Norman’s call that, as a former Open Champion, he should have been teeing-up at St. Andrews.

Woods saying: “Greg has done some things that I don’t think is in the best interest of our game, and we’re coming back to probably the most historic and traditional place in our sport.

“I believe it’s the right thing (to exclude him).”

Norman used the interview with Carlson to again take the PGA Tour to task.

And when asked to comment on the fact LIV players are receiving backlash from the tour’s connection to Saudi Arabia’s Public Investment Fund, Norman responded: “That blows my mind,” Norman said of players being disparaged for joining LIV.

“Sponsors, by the way, who spend billions of dollars in Saudi Arabia. The PGA Tour has about 27 sponsors, I think, who do 40-plus billion dollars’ worth of business on an annual basis in Saudi Arabia.

“Why doesn’t the PGA Tour call the CEO of those organizations (and say), ‘I’m sorry we can’t do business with you because you’re doing business with Saudi Arabia.’ Why are they picking on the professional golfers?”