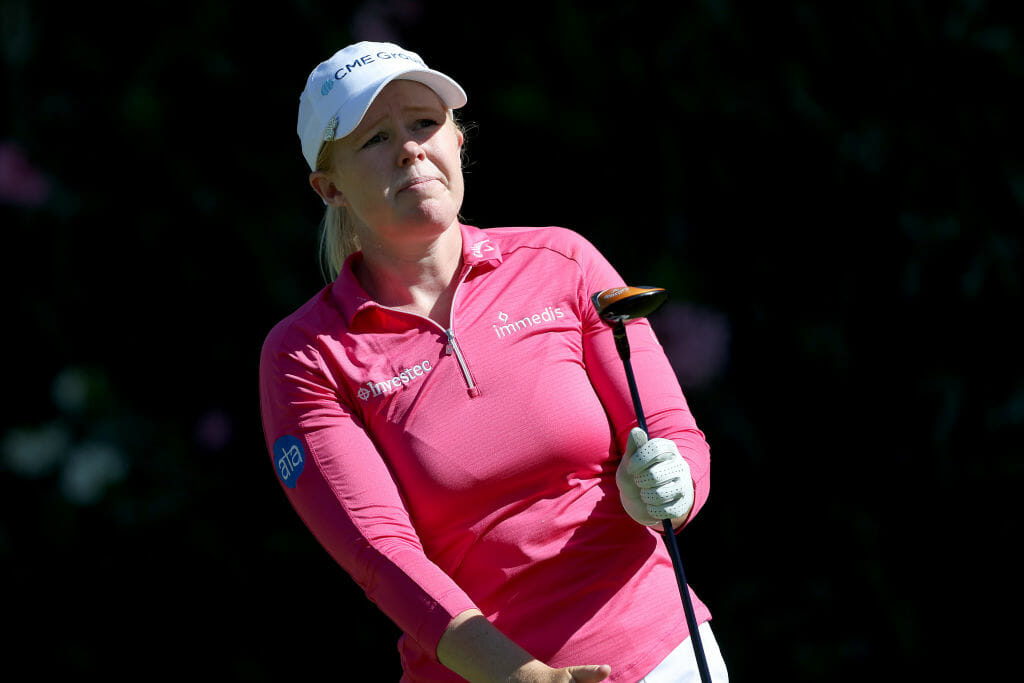 Stephanie Meadow will be looking up the leaderboard heading into the final round of the Trust Golf Women’s Scottish Open after she cracked the top-50 on moving day at Dundonald Links.

The Galgorm touring pro, who played the course backwards due to poor morning conditions forcing a two-tee start, recorded three birdies and just one bogey in a two-under 70 on day three, her best performance of the week.

That moved her into a tie of 48th at three-under-par heading into the final round and she will hope for a strong finish to not only boost her Race to CME Globe hopes but also give her some momentum heading into next week’s AIG Women’s Open.

At the top, New Zealand’s Lydia Ko still leads the way after a one-under 71 took her to 15-under-par, but she now has company at the top in the shape of France’s Celine Boutier, who starred with a five-under 67 in round three.

Meadow, who made the cut line on the number on Friday, had looked on for another average performance as she played her first 12 holes in level-par, a birdie at the par-four 12th immediately cancelled out by a bogey at the 13th her only scoring holes.

But she found back-to-back birdies at the par-three fourth and par-five fifth to card a 70 – meaning she has gone 72, 71, 70 this week – and at three-under-par she will hope to break the 70 barrier on Sunday and further climb the standings.

Meanwhile, six birdies and a bogey in her 67 saw Boutier set the clubhouse lead at 15-under early at Dundonald on day three, a score that overnight leader Ko could only match as she signed for four birdies and three bogeys in a 71.

Indeed, the New Zealander needed a birdie on her final hole to avoid starting the final day a shot back at 14-under alongside Canada’s Maude-Aimee Leblanc – who tied the lowest round of the day with a six-under 66 – and Germany’s Leonie Harm, who fired a 67.

“It was a very solid day,” said Boutier. “I started the front pretty solid and that helped me relax a little bit. The conditions were more windy and a little bit tougher I would say, so it was really good to get a good start and stayed very patient. Had a lot of opportunities, and took advantage of some of them.

“I think what I’ve learned of being in this position in the past is that really anything can happen, whether you have the lead or not. Try to not get too far ahead of yourself and focus on what you can control, which is really each shot at a time.”