Philosophical Hurley expecting everything and nothing all at once 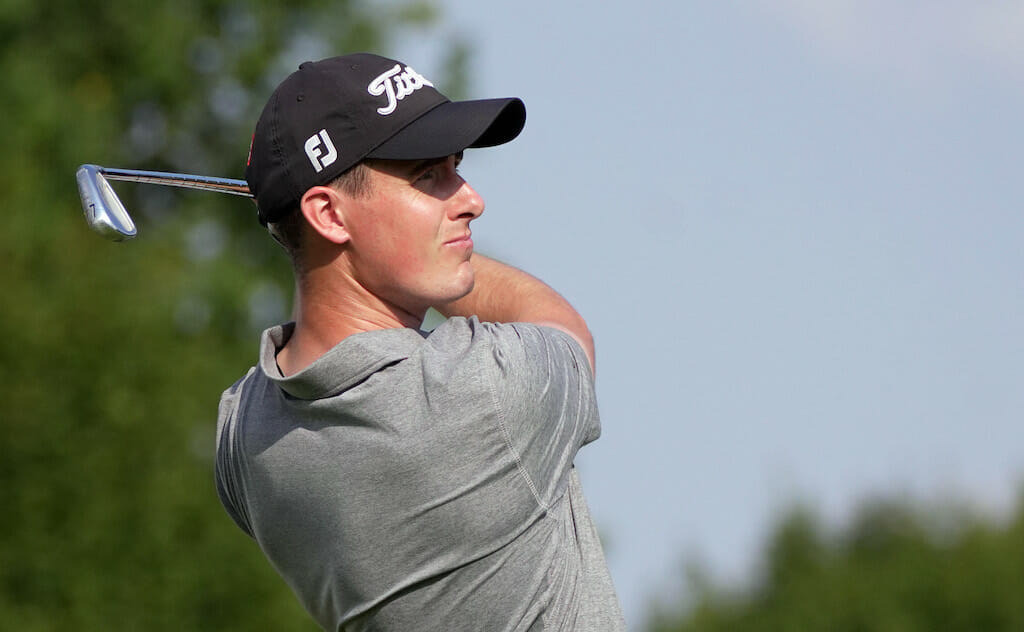 Gary Hurley will tee up on Thursday at the Irish Challenge as a “walking embodiment of possibilities” as he looks to continue his on-course revival at the K Club.

The West Waterford professional put years of disappointment behind him with a brilliant maiden four-shot win on the Alps Tour last month.

For the former Walker Cup star, it was a result that followed a lifetime of effort, his transformation on the fairways as much mental as physical as he begins to fulfil the promise of his glittering amateur career.

“I’ve been playing pretty good for a while. It was just about sticking with it,” Hurley says.

Far from a one-hit wonder on the Alps circuit this season, Hurley has launched himself to the cusp of Challenge Tour promotion. His latest big showing arrived just last week with a tied-second finish at the Roma Alps Open while a string of strong finishes have seen Hurley move to fifth on the Alps Order of Merit, knowing the top-5 at season’s end earn promotion to Europe’s secondary tour.

“I set some goals at the start of the year but nearly all of them were around things that I can control,” Hurley says.

“It’s probably the only thing I’m focussed on right now. Everything else is a bi-product.

“That’s a difficult transition to make and a difficult separation – to separate the outcomes and the stuff that comes with playing well – but it’s what I’ve been doing this year and it’s been paying off so far.”

Not quite a brain transplant but Hurley’s approach has involved a drastic change in behaviour; a mindset that he reinforces daily in order to best prepare for opportunities like this week’s Irish Challenge.

“It’s not easy,” Hurley concedes. “Every week you have to rehearse, reset and prepare again. A lot of prep before the round for me comes away from the golf course, away from the range. It’s just about being ready to deal with whatever comes your way and being open to the challenge.

“There’s a lot of things that are going to happen this week, good, bad and indifferent but as long as I’m prepared and have some good processes in place, then everything is going to be OK.”

Trusting the process has reaped rewards for Hurley this term with five top-5 finishes already in the books, and with just two Alps Tour events left to play, including the grand final in October.

This week’s assignment represents a step up in class and while Hurley’s form figures should put him in good stead for a big week, he’s not about to be burdened by expectation.

“I’m not expecting anything, but I’m expecting everything at the same time,” he says. “I’m in a place of being open – a walking embodiment of possibilities, as Jonny Wilkinson would put it, but I’m excited!”

As for the test provided by the K Club’s Palmer South course, Hurley likes what he sees ahead of the off.

“It’s long but the greens are so pure, it’s a testament to all the work they’ve put in here,” he adds.

Admission to the K Club to watch the home stars in action at the Irish Challenge is absolutely free.