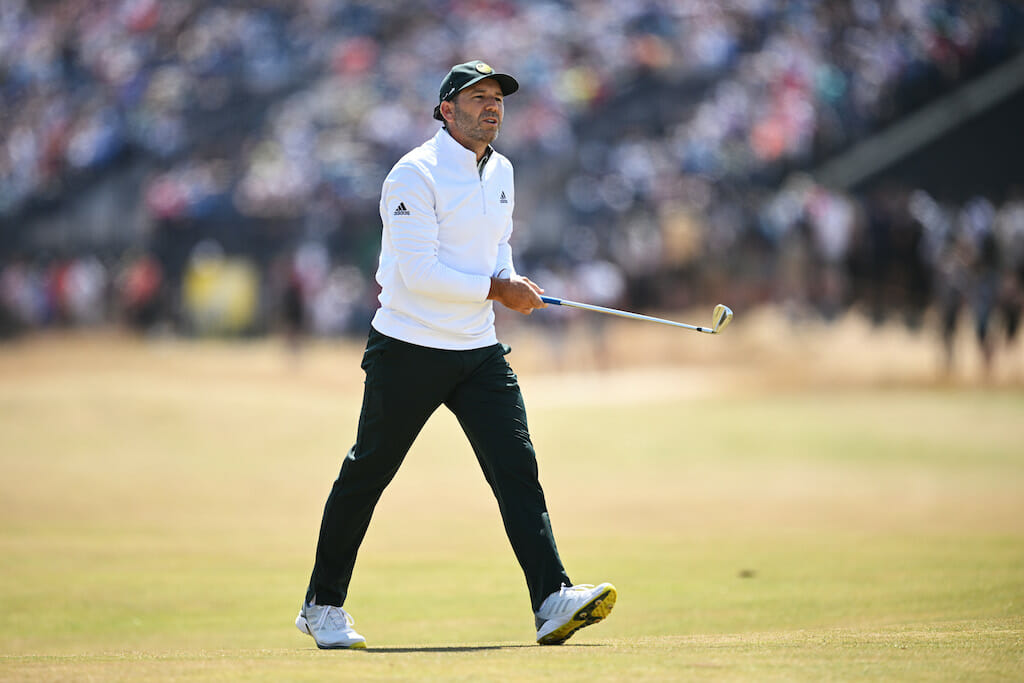 Sergio Garcia has decided against handing in his resignation from the DP World Tour and will instead bide his time in the hopes of competing at the Ryder Cup in Rome next year.

The Spaniard signed off on a T68 result at St Andrews before telling reporters that he no longer wanted to play on a tour where he didn’t feel loved.

Garcia’s resignation looked imminent, but after conversations with the DP World Tour, and words of wisdom from his compatriot Jon Rahm, the 42-year old will instead hold fire in the hope that his current suspension will be lifted and he’ll once again be made eligible to compete at the Ryder Cup.

“When I finished the Open Championship [last] Sunday, I said that I was most likely going to resign my membership from the [DP World] Tour,” Garcia told ESPN. “That obviously meant not being eligible for the Ryder Cup because you have to be a member.

“But thanks to the things that Jon Rahm said, and I had a couple of good conversations with guys on the [DP World] Tour, I’m going to hold off on that.

“I want to at least see what’s happening when the Ryder Cup qualification starts. See what kind of rules and eligibilities they have in there. If I agree with what they [are], I’ll definitely keep playing whatever I can on the tour and try to qualify for that Ryder Cup team. And if not, then we’ll move on.

“But it is definitely something that is in my mind.”

Garcia spoke to European Tour CEO Keith Pelley to reiterate his desire to return to Ryder Cup competition and although Pelley welcomed the news, he wasn’t about to accept Garcia back with open arms as the fallout continues following his move to LIV Golf.

“I told (DP World Tour CEO) Keith Pelley, ‘I want to keep being a member of the DP World Tour. I want to play my minimum, still support the tour, still have my eligibilities to make Ryder Cup teams,’” Garcia added.

Stenson will make his LIV debut this week at Trump Bedminster.