Carey excited for another chance to impress at Irish Challenge 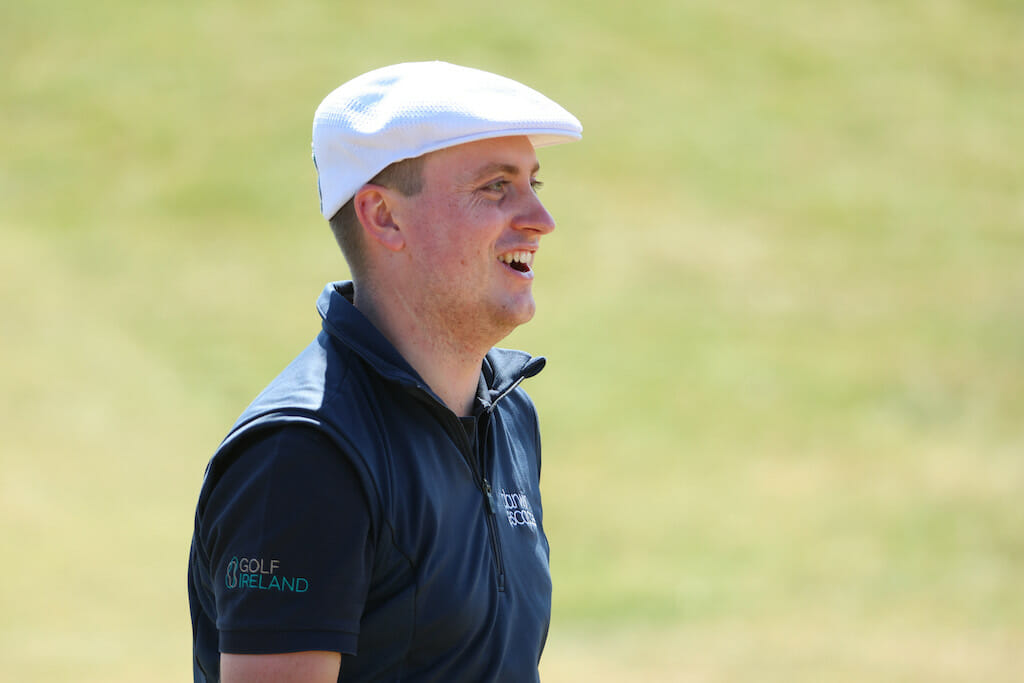 Fresh off playing all four rounds at The Open, David Carey is relishing the prospect of strutting his stuff in front of home crowds at next week’s Irish Challenge at the K Club where he’s enjoyed success in the past.

The Darwin Escapes professional breezed into the weekend at St Andrews before successive rounds of 73 saw him tie 62nd. Carey banked $33,900 for his Old Course performance, introducing his unique style of golf to a wider audience having mainly plied his trade on the Alps Tour in recent years.

Now the 25-year old has another opportunity playing up in grade and he’s understandably keen to get back to the Palmer South course where he enjoyed a 36-hole victory in 2020.

“I won the 36-hole Team Ireland series event that we played there during Covid,” Carey recalled, having shot a three-under par 69 on the South course before sealing victory with a two-under 70 on the Palmer North.

“They’re both Arnold Palmer courses and I always enjoy playing that style of design. I think when you enjoy playing somewhere that never hurts.

“I’m definitely looking forward to getting back there. I always enjoy playing in the K Club and it means I get to stay at home which is always nice.

“It’s always great to play a home event. We always have more spectators and fans out watching than any other country. It doesn’t seem to matter what level, event or sport, we always have the best support so it’s great to get to play in front of that.

“I mean, all us professional golfers, we’re all show offs really!”

Carey has teed it up just once on the Challenge Tour this season where he missed the cut at the Czech Challenge despite carding an opening 67.

“I played the Czech and it definitely played longer. They’d turned two of the par-5s into par-4s. the two par-5s that the course did have were 670 yards and 610 yards so it’s definitely a slightly different skillset.

“Alps set-ups tend to be shorter so you get a lot more wedges from inside 100 yards whereas on Challenge Tour you have to be better with longer approaches.

“The rough is penal so there’s no point hitting it long and off-line, you have to be straight too. It’s a different challenge in that sometimes you’re going to have to accept that you have 200 yards into a green for your second shot on a par-4 which I’m sure everyone will have lots of sympathy with!”

People certainly would’ve had sympathy with Carey when it came to narrowly missing out on a Challenge Tour card last season. The Castleknock star bogeyed his final hole to fall outside the top-10 on the Order of Merit but with that disappointment spurring him on, Carey is more determined than ever to earn his promotion to Europe’s secondary tour.

“It is tough when you get very close and you don’t get that progression forwards but I try always to bring it back to what’s in my control,” Carey says.

“If I can step away from the outcome of the Order of Merit and instead think, ‘if I can get one percent better at putting’. It’s just going back to basics, and it helps.

“I keep all the stats and numbers and I can follow the progression on that. Last year I was one shot away from moving up. If I didn’t bogey my last hole of the year I would’ve been top-10 on the Order of Merit which would’ve got me some kind of Challenge Tour card.

To come within a shot, I can go, ‘well, if I can find half a shot in putting and everything else stays the same, across a season that’s going to be good enough’.”

Admission to the K Club to watch the likes of the big-hitting Carey in action at the Irish Challenge is absolutely free.