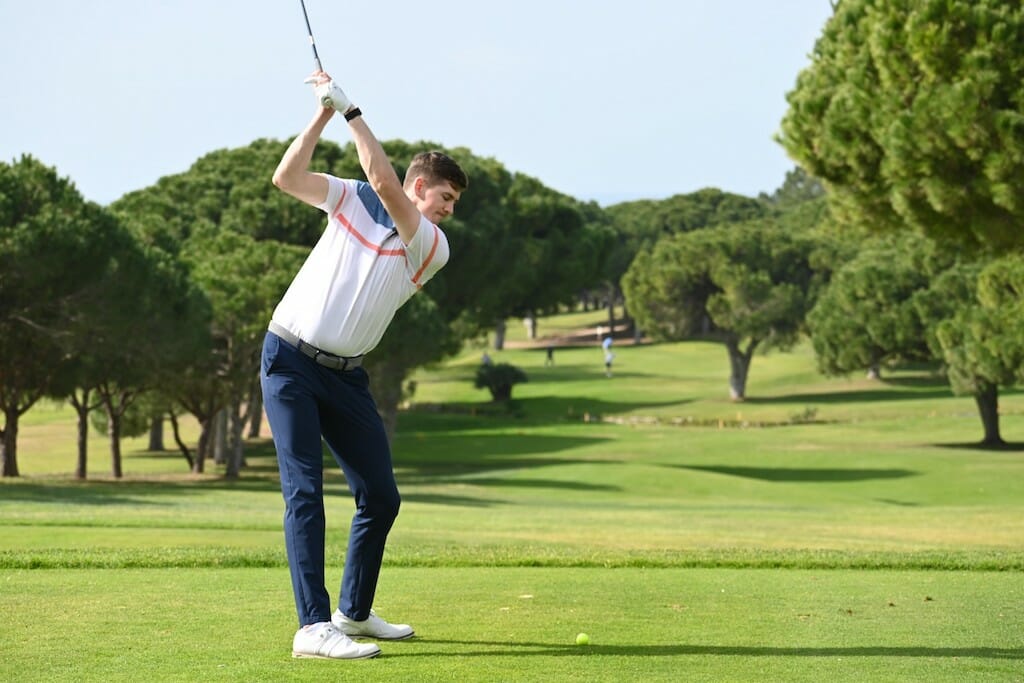 Conor Stone admitted he’d never experienced conditions like he played through on the opening day of the inaugural U.S. Adaptive Open at Pinehurst on Monday.

The Carton House star is flying the flag for Ireland this week in North Carolina but found the humidity overwhelming as he posted an opening nine-over 81 to sit 11 shots off the pace set by home star Chad Pfeifer.

“It was extremely tough,” Stone said, a +2 handicap golfer who tuned up for this week’s task with a tied-third result in the inaugural Irish Open for Golfers with a Disability at Roganstown.

“I’m not used to this humidity. This morning it was so humid I couldn’t keep the clubs in my hand, so I really struggled. It was extremely tough. Not used to this.”

Stone couldn’t hide his disappointment post-round having entered the week with high hopes of competing at the upper end of the leaderboard against some of the best disability golfers in the world at the historic event.

“If I could rate it out of 10, I would rate it minus 5,” Stone said of his performance that leaves him in a tie for 23rd overnight.

“Really bad. I just didn’t have my game today. Couldn’t keep the club in my hand. Couldn’t do anything right. It’s been a long time since I’ve played this bad. Yeah, not good.

“I still enjoyed it, though.”

Indeed, given this is the first ever USGA hosted event for golfers with a disability, Stone has experienced a different atmosphere around the tournament than he’s used to with regular EDGA events.

“We all know each other already from playing on the European Tour, and everybody gets on so well,” Stone says.

“It’s not like your typical tournament where everybody is against each other, but there’s a bit more of a friendly aspect to it because everybody is so happy to be here and it’s like a privilege to be here, so we’re all very lucky and everybody is very nice to each other.”

Stone, who developed scoliosis as a teen, is ranked 13th in the EDGA world rankings and he’s determined to cope with the heat better on day two to catapult up the leaderboard while showing a new American audience just what he can do.

“If I can just handle the humidity better, like I just really struggled with sweaty hands out there, and if I can just find a way to manage that, I think I can shoot level par here easy,” he said.

With the temperatures tipping 33 Celsius, it’s set to be another warm slog on Tuesday in North Carolina.