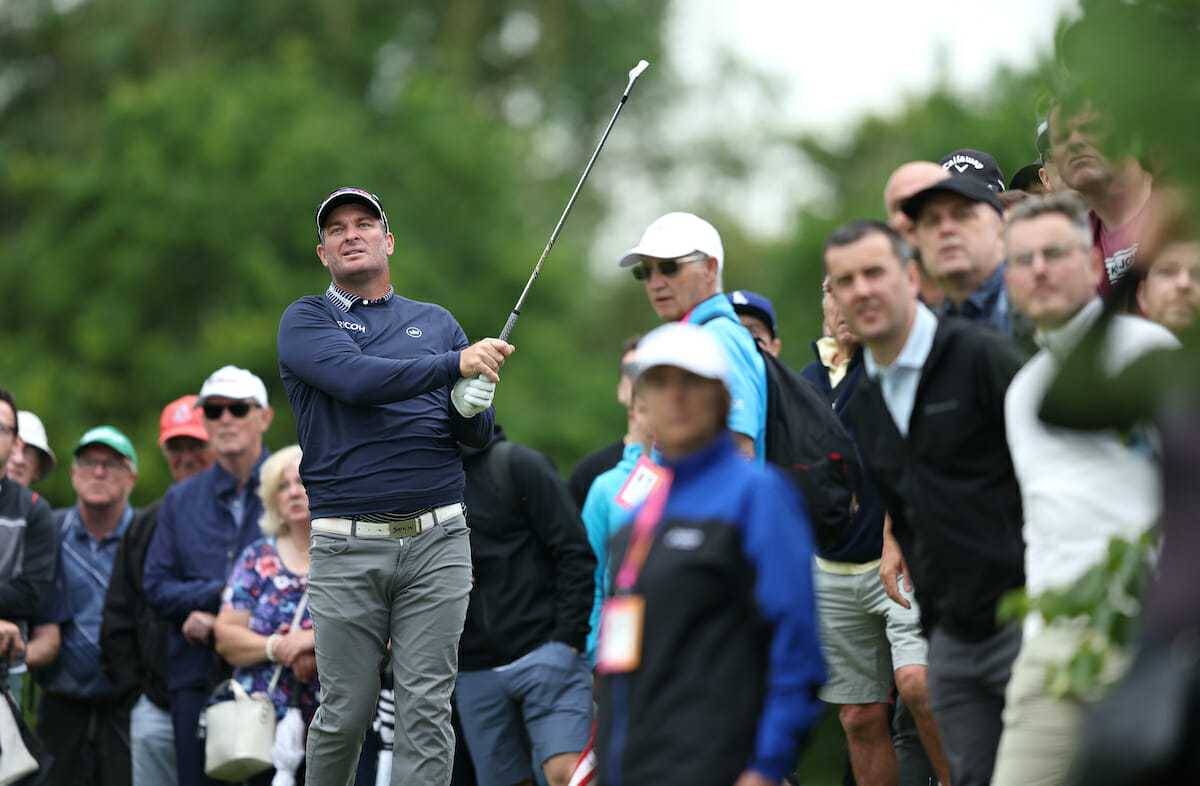 Ryan Fox is enjoying a superb season on the DP World Tour and he looks set to continue his rich vein of form after he powered to the top of the leaderboard at the Horizon Irish Open.

Fox has already registered a win, two runner-up finishes and three further top-10s this season and he played like a player who is at his highest ever world ranking of 56th as he shot a flawless round of 64 to take the early lead on eight-under in Mount Juliet.

The powerful New Zealander finished third last week in Germany and has previously come close in the Irish Open, losing in a playoff to Russell Knox in 2018. Despite all that he was still surprised to start as well as he did.

“I’m more surprised, to be honest, than anything else,” said the 35-year-old. “I’ve been fighting it on the range the last couple days after the weekend, and certainly didn’t look like it early in the round. I made a couple of birdies, but I was scrapping away, and then stop and collect on 7, 8, hit a great wedge shot in there and made a few putts as well.

“So just one of those days that I guess shows how important patience is in a round of golf, and from first six holes I felt like 2-under would have been a great score. And then the last 10 holes, I felt like I could have shot anything, to be honest.”

The two-time DP World Tour winner has missed his last three Irish Open cuts including when it was hosted at this venue last year. However, he looks on course to break that duck and then some after four birdies in a row proved the catalyst for his excellent round.

Fox began on the back nine and birdied both of the par-5s to turn in 34 before beginning his charge for home with four successive birdies.

The world number 56 added icing to the cake with two birdies in three holes on the sixth and eighth to come home in a blistering 30 and he leads a quartet of Frederic Lacroix, Jorge Campillo, Fabrizio Zanotti and Marcel Schneider by the minimum.

“I really like this course even though it kicked my ass last year. And I feel like if you hit some good shots, you can score; and if you hit bad shots, you get penalized. And I think that’s the sign of a good golf course.

“Short game kept me in it early and a couple good up-and-downs. My wedge play was really good. I think I hit it stiff on 7, 8, that tee on 7, 8, 1, and 2, and then kind of the birdies there with a wedge, and on top of that holed a couple of nice putts.

So it’s just one of those days where everything went really well and I managed to keep it in the fairway for the most part, which around this golf course, if you’re in the rough, that’s pretty tough out there, which I found sort of through the first six holes.

“Just feels a little bit like home, to be honest. The people are great. The golf course is great. I’m always excited to come back here, and glad I put a good score together today,” added the Ras Al Khaimah Classic winner.

There are five players on six-under including 2020 runner-up Aaron Rai, Jordan Smith and seven-time DP World Tour winner Pablo Larrazabal while defending champion Lucas Herbert is on three-under after a 69.

Seamus Power and Niall Kearney are leading the Irish charge and they certainly warmed up the packed crowd that lined the fairways at 8am this morning with plenty of birdies en route to four-under 68s to lie within four of Fox in a share of 24th.

Kearney matched his best DP World Tour finish of the season with a share of 15th last week and he continued that momentum with five birdies in his first eight holes.

The Dubliner wasn’t the only one to walk off the long par-5 8th with a bogey and that proved to be his only blemish of the day on what is a big week for him with this the second of three straight DP World Tour starts.

The Royal Dublin golfer has been in good form over the last 12 months, ranking 8th in last season’s stroke average despite not maintaining his full playing privileges due to lack of opportunities.

Waterford native Power is playing on home soil for just the fourth time and for the first time since 2019. A lot has changed since then and he teed off in the marquee group as a PGA Tour winner.

Power also started well playing the course from back to front and birdies on the 10th, 16th, 17th and 2nd moved him to four-under.

The 34-year-old did drop shots on both of the par-5s on the front nine but picked shots on the 7th and 9th to keep some positive vibes heading into Friday afternoon.

“It was interesting, the putter last week makes you feel better, and a couple of sloppy mistakes coming up to that on the front. But overall very pleased. A lot of good things out there. And I hit enough fairways, hit enough greens, just maybe a couple of putts there.

“I’m pretty pleased all around. A little frustrating on 5 and 8, just kind of bizarre kind of bogeys. But besides that, it was pretty good, pretty sharp. So pretty pleased,” explained Power.

“It’s kind of funny on that because I had two good drives that were maybe only two, three yards off the fairway. Got some funny lies. But it’s like that out here. As soon as you get off the fairway, it’s going to get tricky. You’re going to pick up some mud, the rough is thick at the bottom, it’s tough to move it, it’s tough to control it.

So just made a couple mistakes here, which is disappointing, but that one on the last was a bonus to get me going again.

“You don’t want to play your way out of the tournament the first day, and I was able to avoid doing that. So give you a decent shot going into tomorrow,” added the world number 36.

Pádraig Harrington backed up his fantastic US Senior Open victory last weekend with a solid two-under 70. The 2007 Irish Open winner might have been a couple better had he not bogeyed two of his last three holes – although he did birdie 17 – but was still pleased with how he played and is targeting a low round on Friday morning to get himself into the mix.

“It’s a pity with the finish,” said the three-time major winner. “I was hoping to get 4-under, so I think with 17 and two bogeys, maybe I’m a bit tired. Who knows. It’s just a part of the game, isn’t it.

“I knew there would be tough patches this week no matter what, that I would have a struggle. So I’m not going to worry about it, get some sleep tonight. Get up in the morning and hopefully go low tomorrow.”

Harrington has played in every Irish Open since 1996 and he is alongside debutant John Murphy who carded a very steady round of 70 for openers in his first foray in his home open.

The Kinsale native carded birdies on the tenth, sixteenth and first with his only blemish coming on the 18th, his ninth.

2009 Irish Open winner Shane Lowry is a shot further back on one-under after a 71 as is Jonathan Caldwell who fired a much-needed round in the red back on home soil.

Paul Dunne is alongside Cormac Sharvin on level-par after a 72 while Mount Juliet amateur Mark Power is also on that mark having been two-under through nine. After three bogeys in a row after the turn he birdied the last to get back to par.

The Wake Forest student is playing host to former Walker Cup teammate John Murphy so they will be looking to make it a happy house come Friday evening.

Irish Amateur Open winner Colm Campbell Jnr is on four-over while David Higgins is plus six.