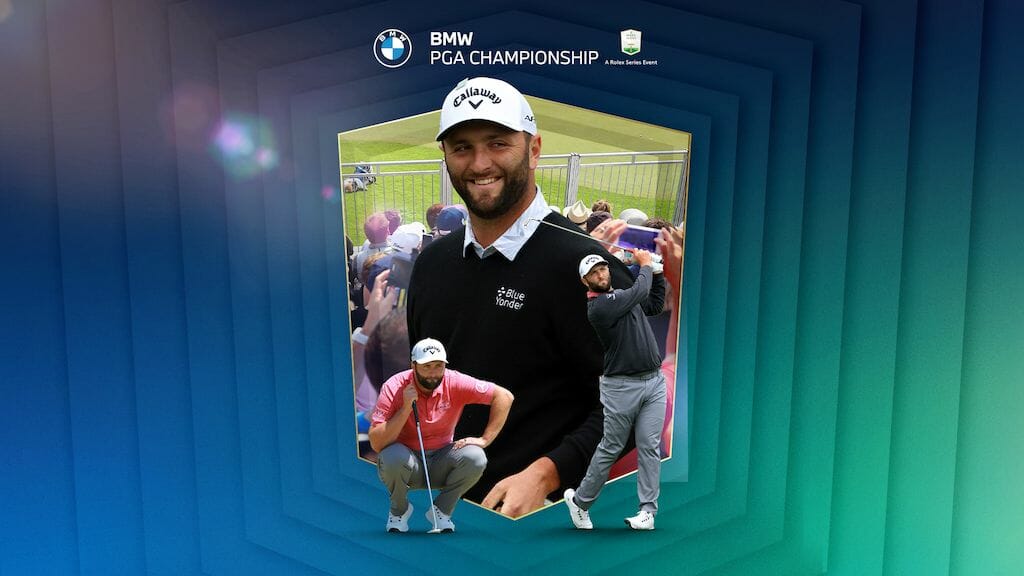 World Number Two Jon Rahm will return to the BMW PGA Championship for the first time since 2019, and the Spanish superstar will be hoping to go one better than his runner-up finish three years ago when he tees it up at the fourth Rolex Series event of the season, from September 8-11.

The 27-year-old Ryder Cup star went toe-to-toe with Danny Willett over Wentworth’s famous West Course in 2019, with the Englishman emerging victorious but Rahm winning many new fans amongst the huge crowds that gathered to watch their titanic weekend battle.

Rahm has since scaled new heights in his remarkable career, claiming two of his three DP World Tour titles in the 2019 season to finish top of the season-long rankings, reaching World Number One for the first time in July 2020 before becoming the first Spaniard to win the U.S. Open in 2021.

Last month, the Spaniard earned his seventh PGA TOUR title at the Mexico Open and just over a week ago he finished tied 12th in his U.S. Open title defence, as Matt Fitzpatrick earned his maiden Major title at The Country Club, Brookline.

It was announced last week that Fitzpatrick will make his first appearance on English soil as a Major champion at Wentworth, and he and Rahm will join the reigning BMW PGA Champion Billy Horschel, as well as 2020 winner Tyrrell Hatton and 2019 champion Willett, in a strong field for the prestigious event.

“I cannot wait to return to the BMW PGA Championship,” said Rahm. “It really is an incredible event – a huge attendance of knowledgeable and supportive fans, a world-class golf course and it’s a historic championship.

“I have always had a great time when playing at Wentworth and obviously I came close the last time I was there. I’m aiming to bring my best game in September and challenge for the title once again.”

Every year, the BMW PGA Championship attracts more than 100,000 spectators for what is one of the highlights of the British sporting summer, with its mix of world-class golf, live entertainment from internationally-renowned music acts and an unrivalled atmosphere in the vibrant Spectator Village.

The action begins with the Tuesday Practice Day, before the star-studded Celebrity Pro-Am brings together global celebrity superstars and some of golf’s most famous players in a fun-filled curtain raiser to the main event, the BMW PGA Championship, which tees off on Thursday September 8 and runs through to Sunday September 11.

This year, renowned British DJ Jax Jones will headline the Slingsby Showstage on Saturday evening, with the Sunday evening headliner still to be announced, while acoustic acts will once again provide the background music to the weekend’s daytime festivities.

The BMW PGA Championship takes place less than an hour from central London with a range of transport options available. In 2022, BMW group owners will once again receive preferred parking benefits as per previous years, and Park & Ride will be also available free of charge. Information and location on parking options will be available closer to the event.

Tickets can be purschased here. Complimentary tickets for those aged 12 years and under are available upon purchase of an Adult ticket.

You can also register your interest in priority access and the most up-to-date information about the BMW PGA Championship, including when premium experience tickets go on sale, by clicking here.