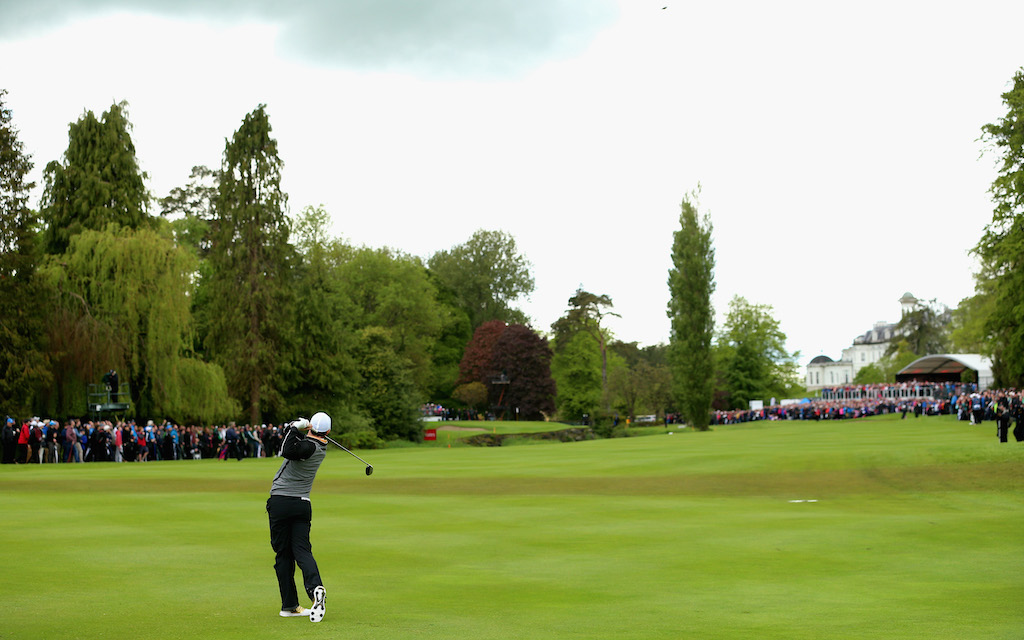 Forget four and a half billion years of evidence. The Earth doesn’t spin because it was born spinning. Contrary to popular belief, its rotation has nothing to do with the gravitational pull of stars and inertia at all.

Why it’s money that makes the world go round don’t ya know, or at least it has been since Liza Minnelli opened her impressive lungs as singer Sally Bowles in the hit musical ‘Cabaret’ and made it so.

I’ll let you in on a secret. Long before The K Club officially announced that it would play host to the Horizon Irish Open in 2023, ’25 and ’27, I was made aware of the move.

I must confess that as a long time links lover, it didn’t sit well.

Given the Irish Open’s current position on the schedule two weeks out from The Open, I stand by my belief that it should be played on a links. In that slot, not quite the prime real estate of the Scottish but close enough, the event had managed to attract Jon Rahm who lifted the trophy at Portstewart and Lahinch before declaring, “I love this tournament, I love the country, I love the people. It feels like home”.

Rahm insisted he’d never miss another renewal but a small matter of a pandemic, then a switch to a parkland venue in Mount Juliet put paid to that; the Spaniard understandably deciding that the tournament no longer fit in with his Open preparations given the unsuitability of the test.

Rahm won’t be alone in side-stepping the event, and I fear for the strength of field that will line out at this year’s Irish Open at Mount Juliet. Sure, it will be supported by Shane Lowry and Seamus Power but Rory McIlroy has also opted out in order to best prepare for St Andrews, and if you don’t think the absence of one of the best players to ever swing a club is a loss to the tournament, then I can’t help you.

However, I should also point out that I’m an emotional human and as much and all as my heart says the Irish Open – in this July slot – should be played on one of the many incredible links tests that make this island unique, I also must step outside myself and consider why those making the decisions see it differently. Better still, I’ll ask Paul McGinley who played host to one of the best Irish Opens in recent memory at Lahinch in 2019.

“The problem now is that everything is dominated by money,” McGinley says.

“We’ve got to get to $6-7 million for a prize fund for the guys these days and that’s a long, long way to go for an Irish Open to get that much money.

“When a golf course is investing a lot of money to have it there, we’ve got to seriously look at it. So much of it is determined by economics.”

Money, of course! Why didn’t I think of that?

Actually, I did, as there’s no escaping the recent history of this event to highlight just how great the news is that the K Club has committed to the tournament until 2027.

See, it was only in 2009 that Adare Manor, in the proposed third year of its hosting agreement from 2007 to ’09, announced that they were unable to sustain the losses being incurred through hosting the event. OK, the Celtic Tiger had stubbed its toe, but an era of uncertainty followed. A reduced €1.5 million purse was hardly appealing. The tournament was on a life support machine and if it wasn’t for McIlroy resuscitating the Irish Open with the help of his foundation and brand, who knows where the event would stand today.

As it happens, the Horizon Irish Open is on a stable footing that’s the envy of the majority of the DP World Tour. Its $6 million prize fund is only bettered by the Scottish Open, a couple of UAE outliers and the Tour’s flagship BMW PGA Championship at Wentworth and better still, if whispers are to be believed, a co-sanctioning of the event with the PGA Tour looks almost inevitable.

So yeah, we’re not getting a links course – though we might in 2024 and 2026 – but what we are getting is security for the long-haul, which is a lot more than most can say on the post-Covid hit sites of the DP World Tour.

Plus, the K Club happens to be a gem. Some of my fondest golfing memories were made inside its legendary gates, from Dad swiping my programme from my grasp as I hunted autographs by the 18th at a European Open to get “me” the signature of some auld fella in the crowd who happened to be Christy O’Connor Jnr – forgive my ignorance!

To rubbing shoulders with the cigar puffing NBA great Michael Jordan at the Ryder Cup in 2006, to ten years later and McIlroy’s mesmeric fairway woods on his way to victory in 2016.

Here’s to many more.