McGeady and Grant locked together after opening day in Carne 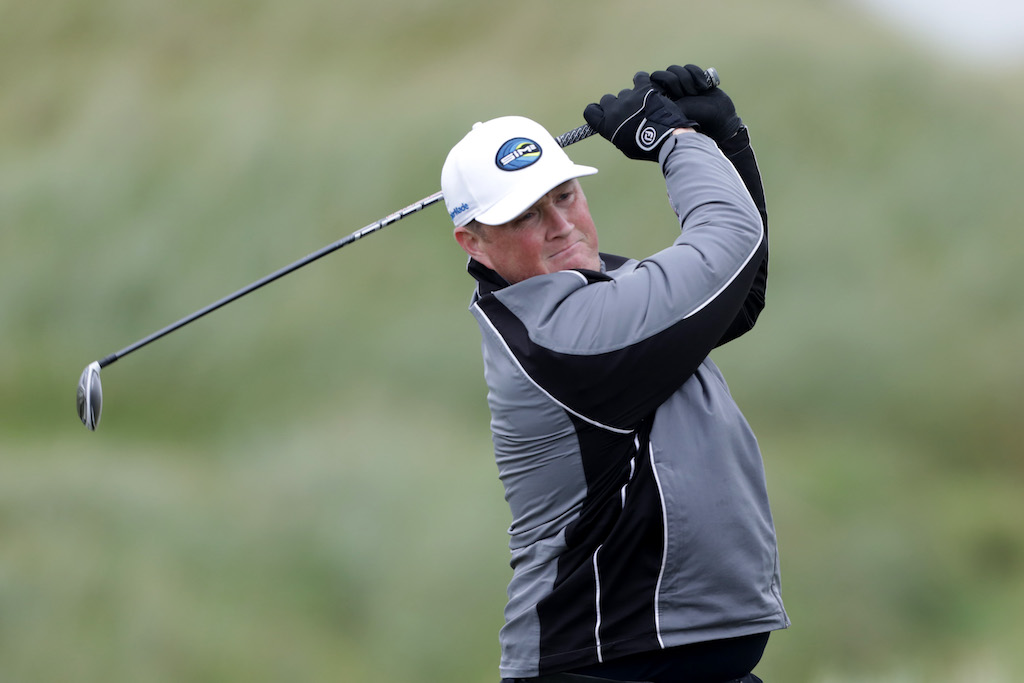 Michael McGeady and Nicholas Grant share the lead and will take a one-stroke advantage into the final round of the Vermilion Pro-Am after they came through a blustery day in Carne Golf Links.

The pair lead Neil O’Briain and David Ryan by the minimum on two-under-par after rounds of 70.

McGeady of Michael McGeady Golf carded an eagle in his round as did Knock’s Grant which propelled them to the summit.

Limerick’s Tim Rice and Ciaran Molloy are in a share of fifth place on level-par just two shots off the pace heading into the final round after opening 72s.

The top-15 are separated by just five shots with Sunshine Tour regular Richard O’Donovan lurking in the chasing pack on two-over after a 74 while big hitters such as Damian Mooney, David Higgins and Colm Moriarty are a shot further back after they opened their week with rounds of 75.

A lot can happen in Carne with winds set to gust heavily again along Belmullet.