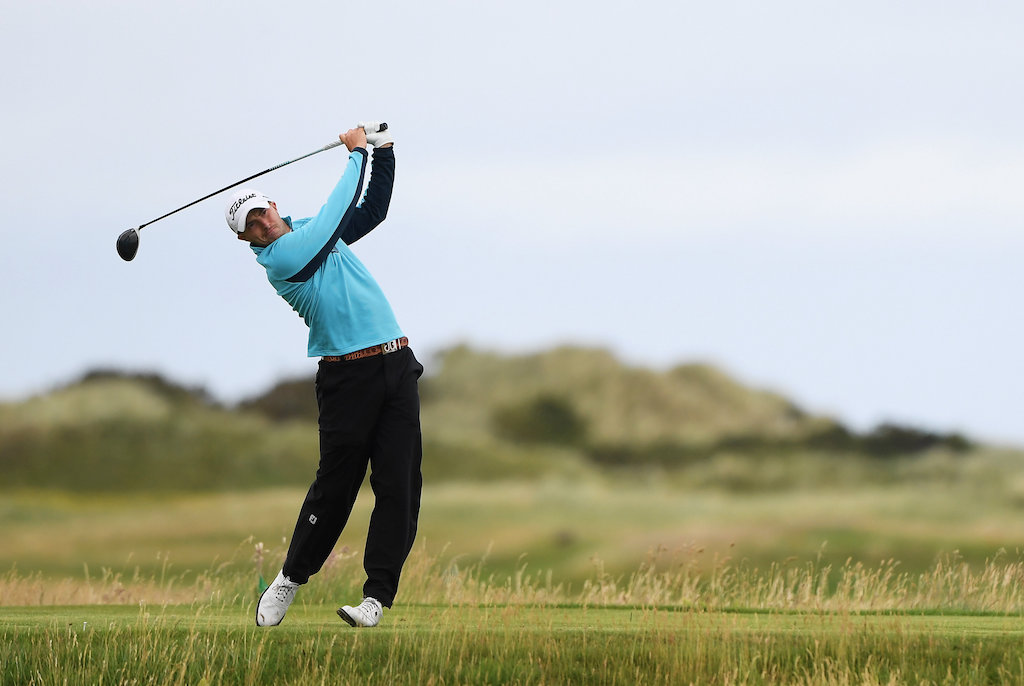 The East of Ireland Men’s Amateur Open Championship gets underway at Co. Louth Golf Club on Saturday morning with a host of big names hoping to make the June Bank Holiday weekend a special one by lifting the trophy on Monday evening.

Alex Maguire returned home following the conclusion of the college season with Florida Atlantic University and the Laytown & Bettystown golfer is hoping to take advantage of some familiar surroundings this week.

“It’s pretty much a home event for me this week,” said the Mornington native. “I only live about fifteen minutes away and I have played there a lot and have caddied there a good bit, since last year I have been able to get out there a little bit more and play which has been great.

“I am really looking forward to this week it is one of my favourite courses in the country, it’s just a very special event for me.”

It was a mixed year Stateside for the Meath man by his own admission, despite picking up his maiden college victory in the Bayou City Collegiate, the year ended on a sour note as Florida missed out on the regionals by three spots.

The Irish international was seen practicing in Baltray the day after he returned home and he is motivated to get back in the winner’s circle on Irish soil this summer.

“It was a decent year, nothing special but there was a sour taste when we didn’t qualify for the regionals which was the last thing that happened before I flew home,” he said.

“I got my first win which was great, it was nice to get the monkey off the back. I felt I underperformed in the rest of the events even though it’s hard to complain when you get a win in college golf.”

Maguire can be considered a links specialist having scooped the North of Ireland Amateur Open Championship in Royal Portrush last year. Winning the East of Ireland on another prestigious links course in Baltray would be a special achievement and he feels the key this week will be patience if he is to give himself a chance of another big win.

“You have to hit the fairways, they have grown the rough out. It isn’t particularly heavy but the wispy stuff takes the control away from you over the golf ball,” he said.

“You have to be smart regarding the side of the flag you hit to. Sometimes it is better to miss short side because you will have an easier putt from off the green. It’s about being very disciplined and patient into the greens and that’s the main aspect I am trying to achieve this week, not be too aggressive.”

Maguire tees off just after 8 am on Saturday alongside Jack Madden and Andrew Hickey.

While thirteen players have opted to travel across the pond for the St Andrews Links Trophy at the Jubilee and Old Courses, there are still a host of established names competing for glory in Louth this week.

Peter O’Keeffe has yet to catch fire after winning the Irish Amateur and Close double last year but with a busy summer schedule coming up, the Douglas veteran will feel he can play his way into form.

Flogas Irish Amateur Open Champion Colm Campbell will be looking to complete a major championship double this week. The Warrenpoint native won his second Irish Open title when he edged Malone’s Matthew McClean in a playoff at The Island last month.

Former Walker Cup star Caolan Rafferty is in decent form after a top-10 at the Flogas Irish Men’s Amateur Open Championship last month which included the low round of the week.

The former South and West of Ireland champion shot a third-round 68 to soar through the field and he will wonder what might have been after a second round of 80 at The Island.

Munster Strokeplay and Bridgestone Player of the Month nominee Jake Whelan is in flying form having also captured the Rosslare Scratch Cup this season. Admittedly he isn’t the biggest fan of links golf but a win in Wexford is a sign that he shouldn’t be ruled out this week.

Ballybofey and Stranorlar’s Ryan Griffin has proven to be a dab hand on links courses and performed admirably during the R&A Student Tour Series earlier this year.

The Maynooth University student was in unchartered territory in the final group of the Irish Amateur Open last month but did nothing wrong on his way to a sixth place finish. The Donegal native likes the big occasion having also reached the quarter-final of the West of Ireland.

Royal Dublin’s Richard Knightly will be hoping he can do the club justice in the absence of Hugh Foley while Forrest Little’s Jack McDonnell has been in solid form lately and can contend.

Roscommon’s Allan Hill will be chomping at the bit to get underway this week after missing the Irish Amateur due to exams in Maynooth University.

The Connacht man has shown up well in the big events over the last twelve months. The former Palmer Cup player was in the final group heading into the final round of the Irish Amateur at the European Club last year before reaching the semi-finals of the West in Rosses Point this season.