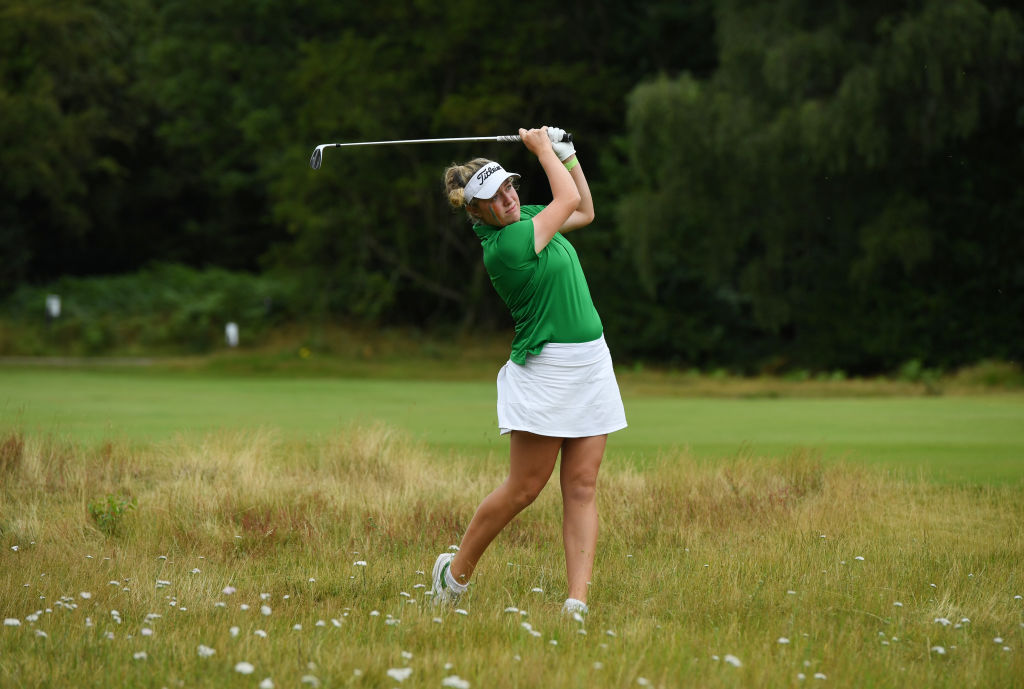 Anna Foster and Auburn comfortably advanced to the final round of stroke play at the NCAA DI Women’s Golf Championships in Grayhawk Golf Club while there was playoff drama involving Lauren Walsh and Wake Forest in the battle to make the cut.

Elm Park’s Foster is in a share of 34th position after she endured a difficult day in Scottsdale, carding a four-over 76 to slip to seven-over.

The 2021 Irish Close champion had the honour of leading out her side on day three but she opened her round with three successive bogeys before a birdie on seven saw her turn in 38.

Bogeys on ten and thirteen followed before she closed out her round with five straight pars.

All the drama was near the cutline. The all-conquering Wake Forest crashed out and will play no further part in this championship after they were ousted in a playoff by South Carolina.

Both colleges were level on plus 39 after 54 holes with an aggregate playoff taking place to determine who occupied the fifteenth and final spot heading into the final round.

It was South Carolina who advanced with a 3-2 win after all five players played the first hole.

Wake Forest who won the ACC Championship last month shot a combined 304 in the final round with Walsh carding the second best score for her team with a two-over 74.

The Castlewarden native started sluggishly with two bogeys in her first three holes and she turned in 39 after two further bogeys and a birdie on the 7th.

The Curtis Cup star recovered with two birdies in three holes to open her back nine before dropping a shot on the 13th. She did finish with five successive pars and a 54-hole total of twelve-over.

Stanford freshman Rose Zhang will take a seven-shot lead into the final round of stroke play after a three-under 69 saw her move to nine-under.

With just one round of strokes remaining to determine the individual champion Zhang leads a group of just four players at even-par or better.

“Being able to go out there and hold on to whatever I had, I tried to play the best I could the first couple of holes,” Zhang said of her round. “It was obviously a very big grind out there. I feel like, just being able to come in and stay committed to my game plan, and stay committed to myself, I hit shot after shot and executed the way I wanted to. It turned out great. I’m very proud of how I finished and I’m very proud of how I was able to put the ball in the hole.”