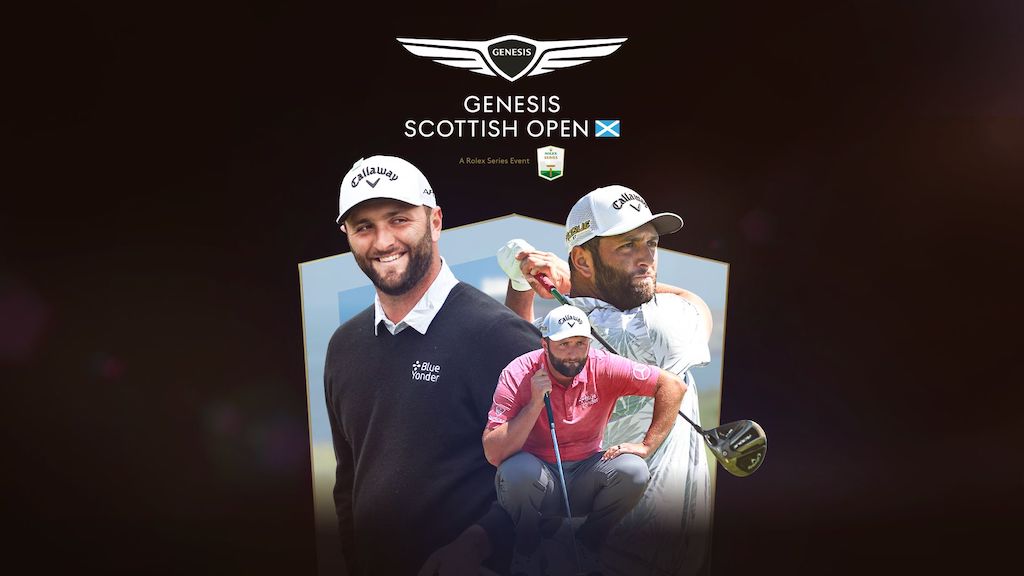 World Number Two Jon Rahm will bring further star power to the Genesis Scottish Open, with the top three players in the Official World Golf Ranking now confirmed to participate in the third Rolex Series event of the 2022 season.

The Spanish Major winner will join World Number One Scottie Scheffler and reigning Open Champion Collin Morikawa, currently ranked third, in a stellar field at the Renaissance Club on July 7-10, 2022, and fans can buy tickets now to see the world’s best players compete at et.golf/GSO2022Tickets

Rahm will go in search of a fifth Rolex Series title when he tees it up at the Genesis Scottish Open for the second time following a top ten finish in East Lothian last season, shortly after he sealed his first Major victory at the 2021 U.S. Open.

The two-time Ryder Cup star was crowned European Number One in 2019 and ascended to the top of the Official World Golf Rankings for the first time the following year, joining his hero Seve Ballesteros as the only other Spaniard to reach the summit.

The 27 year old recorded his seventh PGA TOUR win at the Mexico Open at Vidanta earlier this month, and will return to Scotland at the start of a new era for the historic event, which is co-sanctioned by the DP World Tour and PGA TOUR for the first time and boasts a new title sponsor in Genesis, the luxury automotive brand from South Korea.

He said: “I’m looking forward to coming back to Renaissance Club for the Genesis Scottish Open this summer and the start of an exciting two weeks in Scotland. I’ve had success in Rolex Series events in the past and adding another win would be the perfect way to go into The Open in St Andrews the following week.

“I know this is an event with a long history and it’s great to see it become part of both the PGA TOUR and DP World Tour this season.”

The tournament benefits from the continued commitment of the Scottish Government, managed by VisitScotland, and retains its place in golf’s global calendar the week ahead of The 150th Open (July 11-17), as part of these agreements through to 2025.

Genesis Scottish Open tickets are now on sale, with options including season tickets and individual day tickets for the Wednesday Pro-Am and four tournament days. Buy now at et.golf/GSO2022Tickets

Premium experience packages are also available now, including the Green on 18 package, which includes a three course lunch with wine in an exclusive pavilion with stunning views across the 18th green. Find out more and buy your package at etg.golf/gsopremium2022

The event is also included in the Scottish Summer Golf Pass. With Scotland set to host an unparalleled summer of golf over July and August 2022, this unique combined ticket gives golf lovers the chance to save up to £20 on individual ticket prices for the Genesis Scottish Open, Senior Open Presented by Rolex and AIG Women’s Open. To buy, visit et.golf/ScottishSummerGolfPass