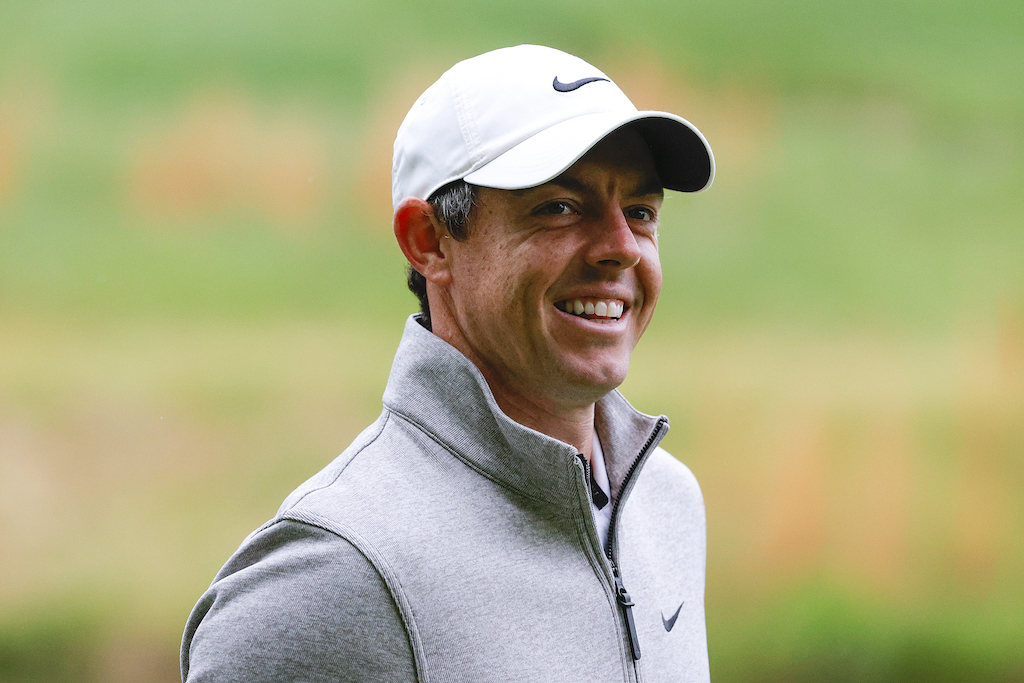 In two months time Rory McIlroy will attend his first Open Championship ‘Former Champions’ dinner in the R & A clubhouse at St. Andrews.

It should be his second such dinner in the famed building but for a now famous friendly football match with his mates just days out from the 2015 Open Championship.

McIlroy had captured the 2014 Open Championship by two strokes and was all set to head to the Home of Golf a year later but for an injury that ruled him out not only of defending at the Home of Golf but also climbing the stairs to the top floor of the R & A clubhouse to be present at the 2015 ‘Former Champions’ get together.

Touch wood as there’s no chance this year of McIlroy missing out on both the dinner or the 150th staging of The Open.

In returning to the Home of Golf for only his second St. Andrews Open he was asked by the BBC why he feels he’s not won a now very long overdue fifth major.

“I would answer that question saying I haven’t given myself enough chances”,  he said.

“I feel like if I had more realistic chances, and it’s like any tournament,  the more you put yourself in position to win the more comfortable you’ll feel.  So, the more you keep knocking on the door, the more that door will open.

“I played in the final group in the 2018 Open at Carnoustie, and the final group alongside Patrick Reed when he won at Augusta earlier that year. I was also tied for the lead last year at Torrey Pines with nine holes to play, so I’ve had a few chances and just haven’t capitalised.

“I think it’s all about putting myself into position each week I play.

“Though what I would say is that while I haven’t won a major in seven years I have basically won everything else there is to win in golf.

This author walked the final round inside the ropes with McIlroy that last day of the 2014 Open at Royal Liverpool.

McIlroy teed-off leading by six and won by two. Waiting for him at the back of the 18th were his parents Rosie and Gerry. It was a special moment.

“To win an Open and my parents there and to have that embrace with them on the back of the 18th green, those are the moments you’ll never forget,” said McIlroy.

“It’s the win and everything to do with that, and the fact you get your name on that trophy, but when I look back on my career it’s the fact that my parents were able to see me win those tournaments. That’s the thing that makes me really proud – you share it with so many other people”.

In recent times it’s been his wife and young daughter there to greet him but no matter as it will be wonderful to get to walk all 18 holes again with McIlroy this yearat the Home of Golf.

And what a reception awaits if he climbs those of handful stairs at the back left of the 18th green as winner of the 150th Open Championship.