A ripping gale blowing right into the players’ faces on the outward nine merely fuelled the fire for another successful stop on the Irish Golfer Series circuit, this time at the pristine Galway Bay Golf Resort.

A windy start to the Summer events rang true as the competitors arrived on Friday, and with conditions proving relentlessly tricky all day, scoring was tough. As ever, the categories were keenly contested and some worthy winners prevailed.

Category One was a grinding affair given conditions but home advantage told in the end as Paudie Dennehy edged his way to the main prize with a superb 41 points to claim a new TaylorMade Stealth Driver.

Dennehy, a local teacher in Oranmore was thrilled to claim top spot. “It’s nice when it all falls together on a day like today” said Dennehy. “It was windy out there and the course was playing as tough as I have seen it in a while. I was playing with our 2022 Captain at Galway Bay Liam Grealy and Ian Folan who is a good friend, we are set to play Jimmy Bruen together and our club match play is getting underway soon so I hope I can keep this form up.”

As well as the TaylorMade driver and a place at this year’s Grand Final at the K Club in October Dennehy also claimed a nearest the pin prize adding a TaylorMade stand bag to his impressive haul.

Galway Bay’s Shane Garvey claimed second spot with 37 points with Declan O Leary from Ballykisteen finishing third with 34 points on a better back 9.

In the Ladies competition, Bernie Hennessy from Baltinglass claimed top spot with 31 points to ‘breeze’ to a one-point win, earning a TaylorMade Stealth Driver and a place at The K Club for her efforts.

Anna Stapleton from Thurless finished runner up with 30 points with Athlone’s Maeve Holmes finishing in third with 29 points. 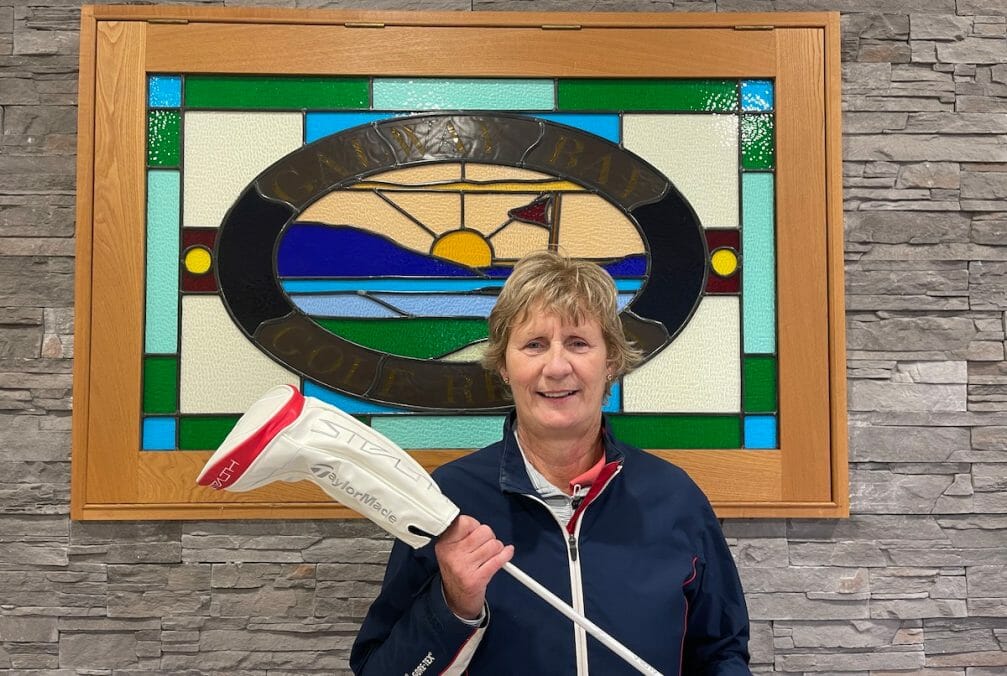 Gents Category Two proved a low scoring affair as Michael Hehir from Spanish Point claimed top spot with a score of 42 points that even included a scratch for good measure!

Second place went to William Hanley of Ballykisteen who carded 41 with Barra O’Dwyer claiming third on a better back six countback and on a 37 points total.

LADIES CATEGORY (Handicap up to 36)