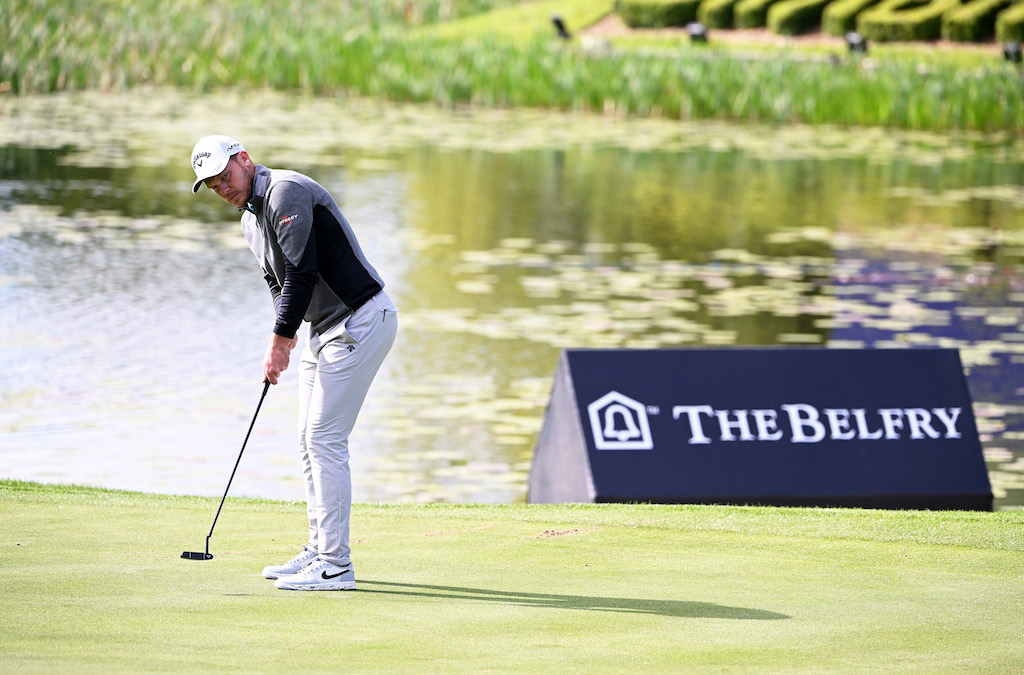 Danny Willett is relishing being able to welcome spectators to this week’s Betfred British Masters as he resumes hosting duties at The Belfry for the second year in a row.

The 2016 Masters Champion made his hosting bow at The Belfry in 2021 as the event was played behind-closed-doors due to the Covid-19 pandemic, but has returned as host this year with over 50,000 people expected to flood through the gates of the iconic venue through the week.

“Unfortunately we didn’t get the fans in after COVID restrictions. So yeah, this year, fingers crossed, 50,000 people through doors over the next four and a half days, and yeah, just going to be a really special moment to be able to have friends and family down celebrating,” he said.

“It’s a proud thing, because not only you’re hosting and trying to help the Tour out, and obviously Betfred have obviously been great sponsors again but it’s a pretty cool way of kind of showing what you’ve been able to achieve over the last 12 years on Tour.

“So yeah, it’s going to be a nice week and once again, yeah, pretty proud moment in my career.

“You’re going to get a nice few people around that first tee with how they have raised it up and I think for such an iconic golf course in European golf history, it’s a pretty intimate venue. Crowds are going to be quite close to players, and I think it’s going to give people some really good atmosphere and should play pretty well.”

Willett, an eight-time DP World Tour winner, has once again appointed Prostate Cancer UK as the Official Charity Partner of the event, with headline sponsor Betfred, the United Kingdom-based bookmaker, set to donate £1,000 for every birdie and £2,000 for every eagle Willett makes this week as he looks to better the £19,000 he was able to raise last year.

Furthermore, they will donate £50,000 to Prostate Cancer UK for the first hole-in-one made on the Brabazon Course’s par three 14th, the same hole that Nick Faldo famously recorded an ace in the 1993 Ryder Cup.

“Again, shows their massive support over these last two years, with me being the host and the even the previous three or four years before that in hosting the British Masters, they have been tremendous in it, during COVID to still keep up the sponsorship and prize fund as they have, they have been amazing,” said Willett.

“Yeah, fingers crossed, guys, like I said with 50,000 people through the door, fans can go down to the tented village and can chat with representatives from Prostate Cancer UK and find out more information. And yeah, fingers crossed I can play pretty well and we can get some money made.”

The Englishman is joined in this week’s field by defending champion Richard Bland, who made history as the Tour’s oldest first time winner in this event in 2021 and will also make his 500th DP World Tour appearance this week, becoming the 44th player in Tour history to reach the milestone.

Spaniard Adri Arnaus, who picked up his maiden DP World Tour title at the Catalunya Championship last week, Scottish duo Ewen Ferguson and Robert MacIntyre, and Englishman Lee Westwood, who won the British Masters at The Belfry in 2007, will also tee it up this week.