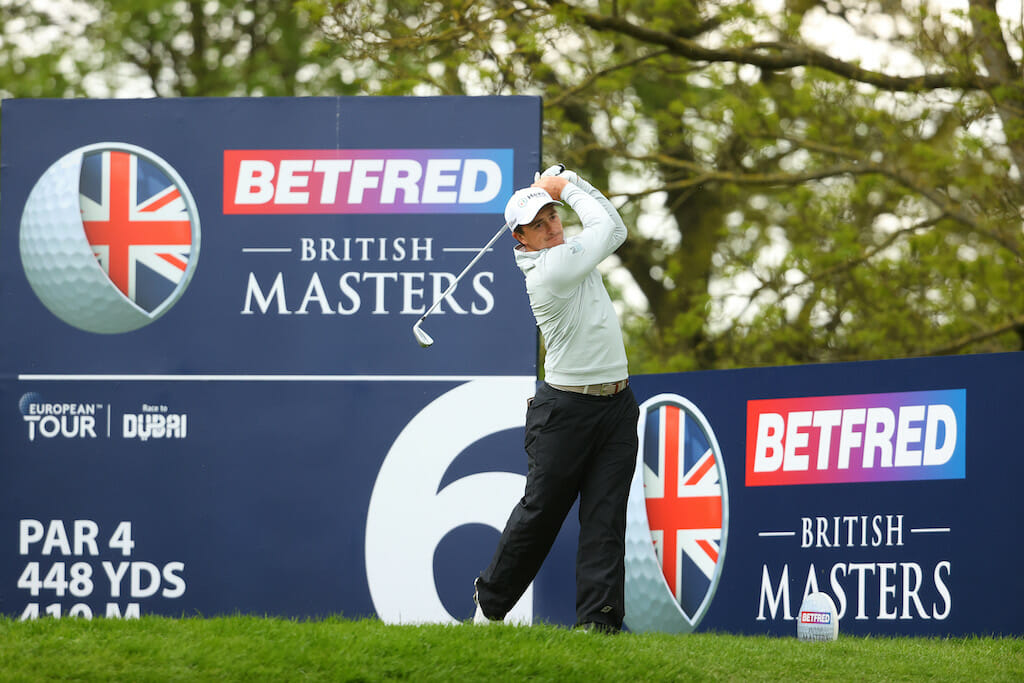 It will be a weekend off for the Irish contingent on the DP World Tour unless they can dramatically turn things around overnight, with Paul Dunne, Jonathan Caldwell and Cormac Sharvin all struggling on day one at The Belfry.
Dunne is the best of the trio, although it says how poorly they all played that he is four shots off the projected cut line after a four-over 76, with Caldwell a further shot back after a 77 and Sharvin the wrong side of 80 after a nine-over 81.
Their hopes of challenging at the top already look slim after Denmark’s Thorbjorn Olesen and New Zealand’s Ryan Fox opening with six-under 66s in Birmingham, but right now all three would just be glad to be in the draw for Saturday.
Greystones man Dunne, a former champion at this event in 2017, had looked to be in a decent position at one-over thru 16 holes thanks to two bogeys and a birdie all in a three-hole stretch, but he finished poorly, with a double-bogey at the eighth after finding the water and then a bogey on the ninth costing him dearly.
In contrast, Clandeboye’s Caldwell had a strong finish to thank for giving him any chance of making the cut as back-to-back birdies to close – including holing a 49-footer on the eighth – at least gives him some optimism to take forward into his second round after his prior 16 holes yielded six bogeys, a double and one more birdie.
However, Sharvin’s race already looks run, the Ardglass man continuing a poor run of form with another tough round consisting of eight bogeys and a double to leave him one place off bottom spot.
It was a much better day for former NI Open champion Fox, who carded seven birdies and just one bogey in a 66 that has him alongside European Ryder Cup star Olesen at the top after the Dane signed for a bogey-free six-under round at The Belfry.
“I hit it really solid, maybe one tee shot on the second which looked a little dicey but hit a lot of wedge shots close and took advantage on a couple of the hard holes on 12 and 18,” said Fox.
“Holed a couple of 40-footers which is always nice to keep the round going.
“I did everything pretty well, which is nice, and had a good group to play with with Thomas and Jack, and we had a few laughs out there, especially on 10. It was just a nice day.
“It’s a fun golf course to play. I grew up on this kind of grass as well, so it fits quite nicely in my head. Kind of know what it’s going to do and how it’s going to react and just went out and tried to hit a couple of shots and did that well.”
The pair’s lead is just one shot over Scotland’s Richie Ramsay, Germany’s Hurly Long and China’s Ashun Wu after the opening round, where the projected cut currently sits at level-par.
Scores