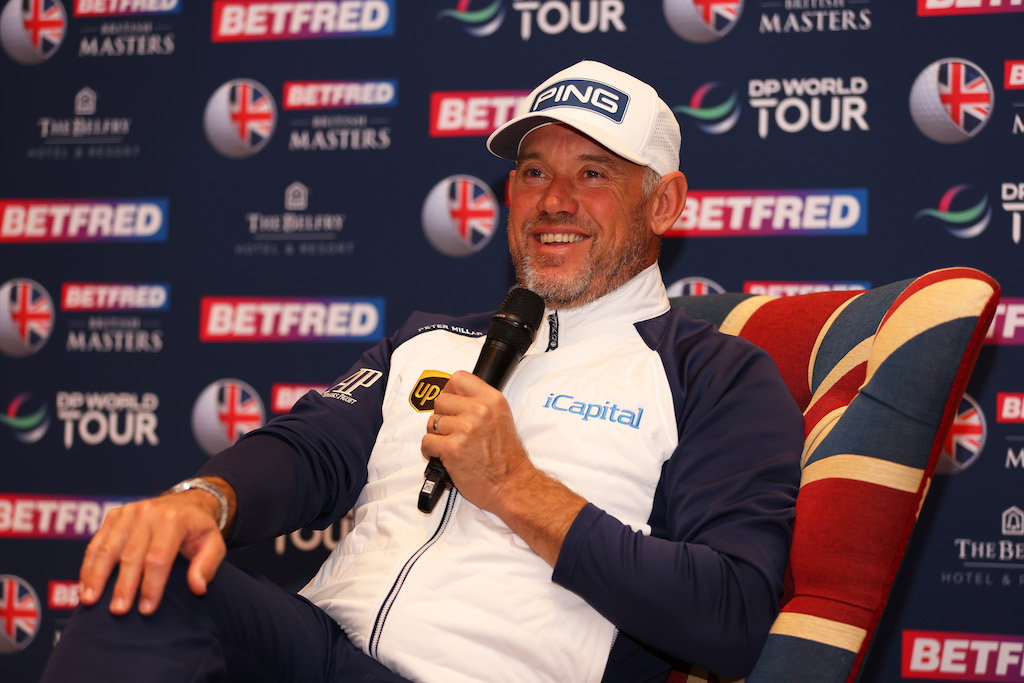 One of golf’s worst kept secrets is officially out with Lee Westwood confirming that he has applied for permission from the PGA and DP World Tours to compete at the opening LIV Golf event set for Centurion Club in London in June.

“I’ve asked for a release from the PGA Tour and European Tour for the Centurion like many others have,” said the 49-year old ahead of this week’s British Masters at The Belfry.

Westwood earned his European Tour card in 1993 and with almost three decades of loyalty under his belt, he was asked if he considered it fair that taking part in the Greg Norman-led, Saudi-backed series could potentially see him banned from golf’s existing tours.

“Like you say, I’ve supported The European Tour for 29 years. I’ve gone over and won on the PGA Tour in ’98, not taken my card.

“I’ve had brief kind of goes at the PGA Tour, if you want to call it that and given up my card at certain times over there through personal things.

“I’ve never been sort of driven by playing on the PGA Tour like a lot of the guys have. It’s been their kind of goal to get on to the PGA Tour. It never has for me. My goal has always been to be a European Tour member and support this tour and kind of go in and out of the PGA Tour.”

Westwood insists that it’s not the players signing up to the breakaway circuit that are the problem, rather the commentators who have greeted LIV Golf with contempt since the rival project first came to light.

“People always have a problem with change, don’t they,” he said.

“They are sceptical about it and people like, in whatever walk it is, they like continuity and they like just the same to carry on. Whereas change in competition are good in any walk of life I think. It shakes things up and keeps everybody on their toes and keeps everybody trying to improve and improve their product.”

The main bone of contention with the rival product to date has always been the source of the money given the eight-tournament LIV Golf Series is backed by the Saudi Government whose human rights record has been described as “heinous” by Amnesty international.

“Well, Saudi Arabia, money is in all different sports, isn’t it, now, whether it be football or Formula I,” he said.

“The first time I ever played in Saudi Arabia was on The European Tour. The first three times played there, The European Tour sanctioned it. So they had no problem with where the money came from the PGA Tour gave releases for PGA Tour players to play the Saudi event this year. They have no problem with where the money comes from.

“I think Saudi Arabia are trying to become more westernised and make changes and they are trying to make changes quickly, and that’s probably worrying a lot of people and scaring a lot of people. But they are just trying to improve, aren’t they. People give it different names. But I’m of a belief that sport and politics shouldn’t mix, as we have seen it doing in Wimbledon, tennis, with the Russian players not being allowed to play there. I happen to disagree with what they have done there, as a lot of people do. I’ve seen Nadal come out.

“So I don’t think they should mix. A lot of the times, they do. It all comes down to opinions at the end of the day, doesn’t it.”