After a dozen years of straight ‘No’, Norman wants R&A to bend Open rules 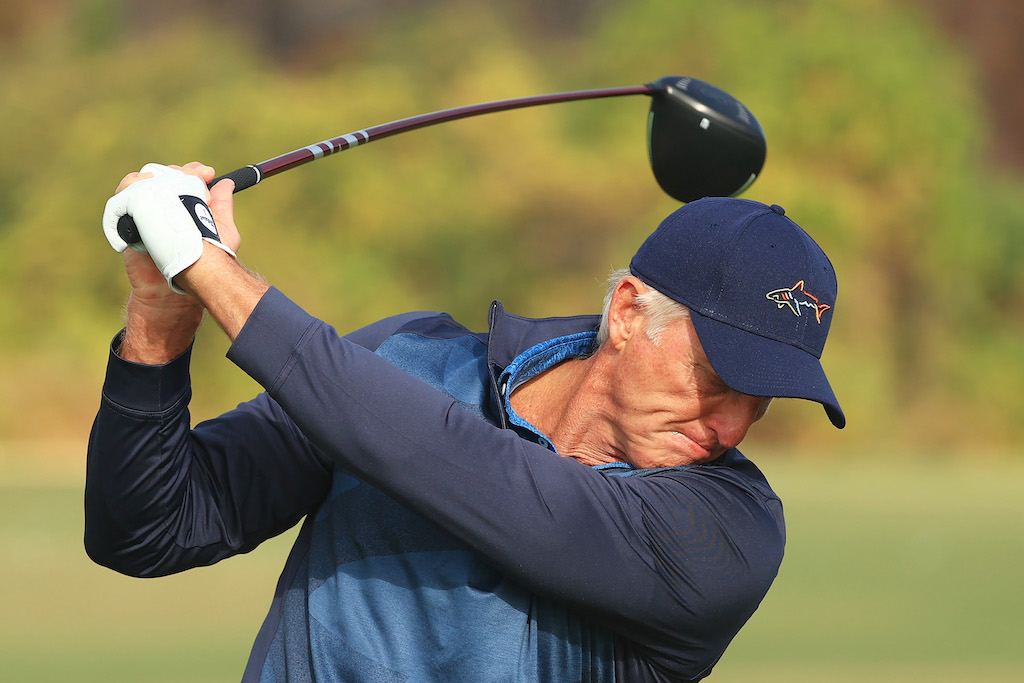 For a dozen years, Greg Norman has thumbed his nose at the R&A in point blank refusing all approaches for him to return to the Open Championship.

Now, the former two-time winner of the Claret Jug wants the red carpet to be laid out for his return and not just to be present but actually tee-up in this year’s 150th Open at St. Andrews.

Three months ago, Irish Golfer Magazine spoke to Norman at the Saudi International asking if he would be returning to the Open Championship, in what would be a first appearance since 2009.

Norman said: “I’ve not heard from Martin (Slumbers, R&A CEO) and if I do, my answer will remain the same, as always.”

For over a decade now, Norman’s answer has always been ‘no’ to every approach from the R&A for their two-time Open Championship winner to revisit golf’s oldest major.

You see, the champion Australian has had a huge bee in his bonnet ever since an R&A official asked him to leave the Pro-Am ahead of his British Seniors Open debut in 2006 at Turnberry.

Norman was then an ambassador for Omega and the Pro-Am was being backed from rival Rolex. The golfer known as the ‘Great White Shark’ was politely approached saying he was not wanted in the Pro-Am. Norman rightfully took exception.

It started to rain heavily with those in Norman’s corporate outing seeking shelter in the clubhouse. Inside, Norman bumped into Olazabal.  before finding his way to the large ballroom and sitting inconspicuously at the far end of the room that was sporting Rolex promotional posters, as his friend announced Ian Poulter and Nicolas Colsaerts as his Medinah picks.

Just prior to the formal announcement, Norman was approached by a European Tour official and asked to politely leave the room.

Norman said at the time: “It has left a pretty sour taste in my mouth, a bad feeling after what I have done in the game. I’ve nothing against the R&A and the European Tour but, quite frankly, the way they go about their business is not the way I do it.”

Tomorrow (Tuesday) is the annual R&A hosted media outing at St. Andrews and in each prior meeting with the golf media, the former CEO Peter Dawson, and now more recently his predecessor Martin Slumbers, has been asked if Norman will be contesting The Open.

On each occasion either Dawson or Slumbers, in their respective role as CEO, has replied in a similar vein saying: “We’ve formally approached Greg but he’s declined.”

Now the 67-year-old Norman, as CEO of a controversial breakaway Saudi-backed league starting in June, wants to bizarrely bury his 12-year-old personal hatchet and expects the St. Andrews ruling body to offer him a tournament tee time.

Norman said: “It’s the 150th. I’m a past Open Champion. I love St Andrews. If there’s a moment in time that I would consider going back and teeing off one last time, maybe this is it.

“I’m filling out my entry form now, I think I’m going. I think I can still get in.”

Norman can fill out 50 entry forms and unless he qualifies, and it’s highly unlikely he will even attempt to qualify, then he will not be made exempt into July’s Open, with Slumbers confirming just recently this is his only option of teeing-up in The Open.

There’s been one precedent in recent times to the age limit of 60-years in teeing-up in an Open and that was in 2014 when Tom Watson, on the occasion of his 65th birthday, was afforded an invitation to tee-up at Royal Liverpool.

Norman was denied earlier this month his usual Masters invitation and instead was sent a ‘grounds only’ pass and we’ll learn tomorrow if he has been afforded an invitation to the Celebration of Champions on the Monday afternoon of Open week – a four-hole, 48-strong challenge featuring past Open Champions, including Watson.

The next day on Tuesday night Slumbers will host the usual St. Andrews-only Former Champions Dinner within the R&A clubhouse.