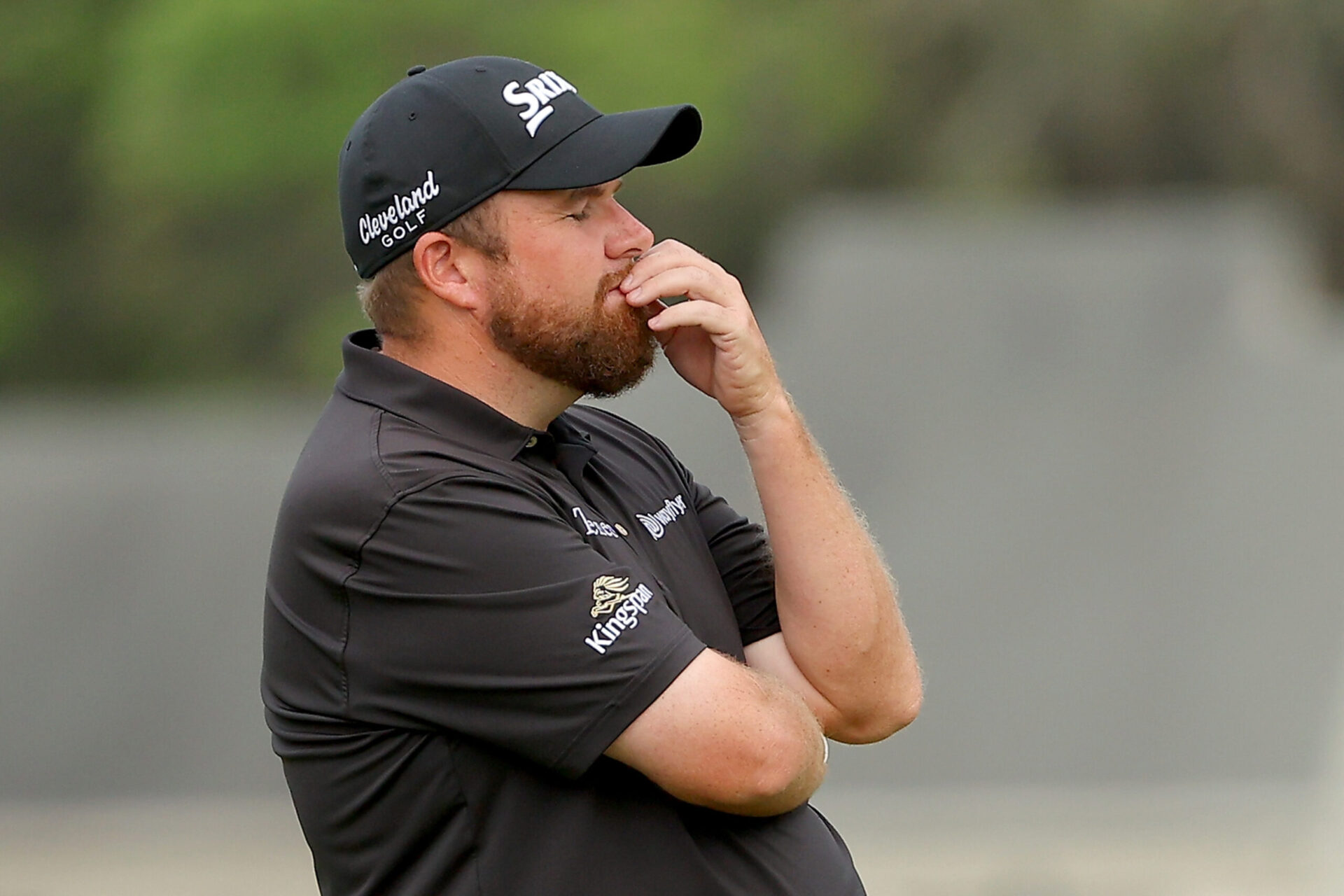 Shane Lowry reacts after missing a putt on the 16th green during the final round of the RBC Heritage at Harbor Town Golf Links on April 17, 2022 in Hilton Head Island, South Carolina. (Photo by Kevin C. Cox/Getty Images)

Shane Lowry has seen his goal to end a 1,002-day victory drought continue after a crippling double-bogey while leading late in his round at the RBC Heritage Classic at Hilton Head.

Lowry was in the lead by a shot in reaching the par-3 14th hole, only to see his chance of a first victory since the 2019 Open Championship disappear into the alligator-infested waters on the Harbor Town course.

The cruel double-bogey eventually handed Lowry a closing 69 and coming-up one shot shy, at 12-under-par, of only a second victory on US soil, a sixth pro career win but a first in 67 events since those memorable scenes three years ago at Royal Portrush.

Lowry could not believe his 14th hole misfortune, nor could those looking on, with the World No. 3 easily one of the best players, at present, not to have won.

The Clara golfer had seen a final hole downpour at Honda Classic in March, ruin his chance of victory, and then last week at Augusta National, we were again treated to his talent in finishing third behind American and World No. 1 Scottie Scheffler at the Masters.

Lowry, and with on-course commentators noticing the Shamrocks on the heel of his shoes, teed up in the final round at Hilton Head having finished third a year ago while he shared ninth place three years ago.

At the par-4, fourth he holed a six-footer for birdie before a regulation two-putt from 65-feet birdie at the par-5 fifth, and then Lowry landed to six-feet and make it a hat-trick of birdies

Lowry superbly took the lead when he drained a super 21-footer for birdie at the par-4 10th.  He remained in the lead with pars at 12 and 13, and only to see it drop to the murky depths of the water guarding the green at 14.  Lowry had been also well left off the tee at 14 on day two in taking a bogey.

The double of 14 sent Lowry back into a share of third place and a shot behind fellow Open Champion Jordan Spieth who carded a closing 66 to post a 13-under tally and join Patrick Cantlay in a playoff decider.

Lowry was shaky off the par-5 15th tee, and understandably after the events of a few minutes earlier, sending his drive way right into the trees and managing to send his second around 120-yards. He superbly managed to get himself onto the putting surface in ‘3’, ahead of two-putting for par.

It seemed the writing was well on the wall for Lowry when he left a 13-foot birdie putt at 16, and that would have got back into a tie for the lead, right in the jaws of the cup for a par.   He then missed a birdie putt on 17 and ended also with a par for his 69 and 12-under in total.

Earlier Graeme McDowell signed off for a final day 68 and with the 2013 RBC Heritage champ finishing just outside the top-20 at eight-under.