Shane Lowry ‘proud’ of his best ever finish at Augusta National 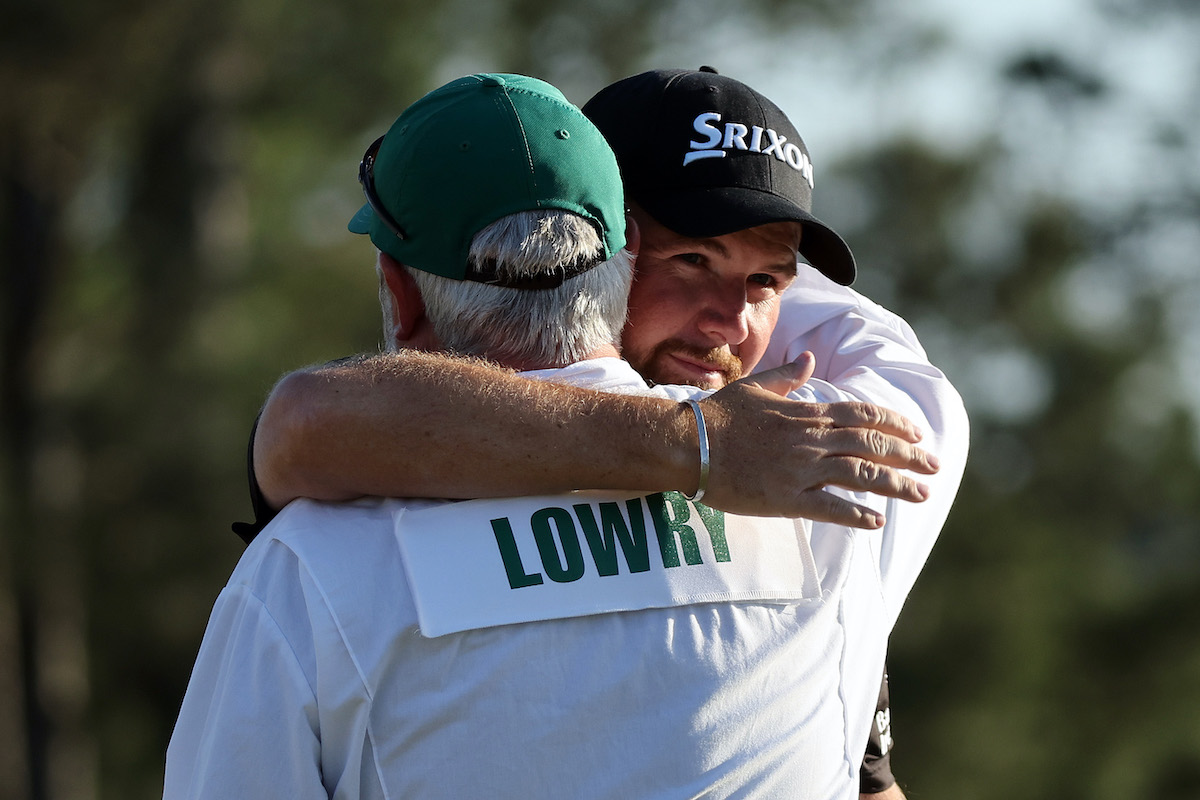 Shane Lowry started Sunday at The Masters in the second to last group, which if you’d offered him on Thursday he’d have taken gladly.  Being seven shots back of the leader and left with little to no hope of a victory wouldn’t have been in the script though.

Taking that as the barometer, the Clara native achieving a podium place and his best Masters finish to date as he shared 3rd with Australian Cameron Smith after a battling three-under par 69 is a superb result.

It all started out well enough for Lowry on Sunday with a par on the first followed by a birdie on the second after a sublime bunker shot. He followed that with a par on the third but a poor swing on the par-3 fourth resulted in a triple-bogey ‘6’ that more or less put paid to any hopes he may have had of making a charge.

“I’m out there giving it my best, and I just kept on telling myself that was only one swing (on the fourth). I made a great up-and-down on 5 and made a great birdie on 6, and that kind of got me going again.

“Yeah, I just — to be honest, I felt like I was somewhat out of the tournament, but you just don’t know how it’s going to go. I thought maybe I could shoot 6 or 7-under from there, but Scottie has obviously went down and done his thing, and he is the best player in the world at the moment, and he has come out to play. And when the No. 1 player in the world comes out to play his best, he is hard to beat.”

Lowry fought back admirably to sign for a five-under par total with birdies on the 6th, 8th and 9th helping him turn in 35 strokes before another bogey on the par-3 12th, after his long first putt across the green left him with a lot to do and he could only watch as his par putt slipped by the hole.

He bounced back again with birdies on 13 and 15 before a long birdie effort on his 72nd hole found the bottom of the cup, to rapturous applause from the crowd.

After his round Lowry was justifiably proud of his efforts;

“Yeah. You know, I just kept telling myself, I opened up today lovely. I played the first three holes lovely, and I just tried to be a bit clever on the fourth and try to hit a 3-iron up in the air. It was just a horrendous shot. It was probably — didn’t hit too many more bad shots the rest of the day.

“The big thing I can take away from the last two days being in contention around here is how comfortable I felt on the golf course. I’m proud of myself to the way I handled myself and especially when things went against me today. To shoot 5-under for the last sort of whatever it was, 13 holes was pretty good.”

With Irishmen in second and third place at the Masters Lowry was asked if we’ve punched above our weight this past week, which it could be argued we’re pretty well known for as a golfing nation.

“Yeah. Yeah, we have. Seamus is probably the one that will take the brunt of that because people will be wondering when he is going to win one (Major) now.

“Look. (It’s) Great to have four Irish people here this week. Paddy was unfortunate to miss the cut. Seamus got to play the weekend. I say he learned a lot from last — weekend golf out here is way different than practice rounds. You learn a lot from it. Yeah, myself and Rory second and third. Maybe. Yeah, it’s pretty nice for Irish golf,” added Lowry.

Pretty nice for Irish golf indeed! A case of close but no Green Jacket yet again but with McIlroy securing his best finish ever, including his lowest round ever at Augusta and Shane also getting his best Masters finish, it’s a hard critic that’d say they didn’t do well.