Butch says time isn’t running out on Rory at Augusta 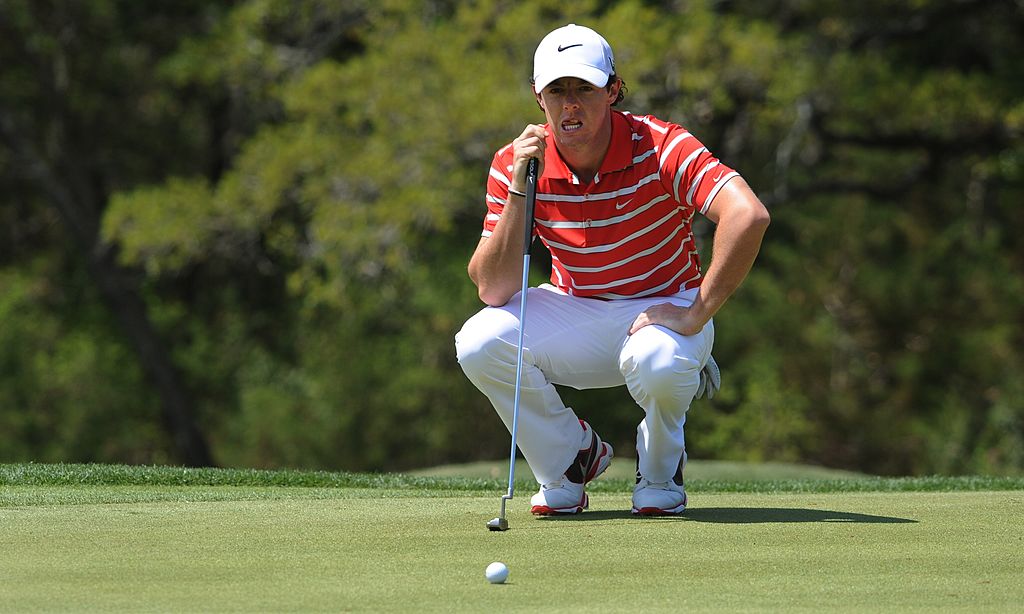 McIlroy who missed the cut at the Valero Texas Open will tee it up at the Masters for the 14th time in his latest bid to scoop all four major championships in the men’s game.

The four-time major champion needs a green jacket to complete the set but only three players have won their first Masters title in their 14th appearance or later, Billy Casper (14th), Mark O’Meara (15th), and Sergio Garcia (19th) so statistically, time doesn’t appear to be on his side.

Before Dustin Johnson climbed back into the top-10 of the Official World Golf Rankings last week, McIlroy was the only player over 30-years of age in that category. Despite not lifting a major title since 2014 and with a wide array of young talent soaring to the top of the world rankings, Harmon feels the door is still wide open for Rory to don a green jacket in the future.

“Jack Nicklaus proved when he won in 86 that time doesn’t run out on these players and Mickelson proved it with the PGA win at 50 years old,” he said. “So, I don’t think times running out on Rory, I think that he might be getting a little frustrated with himself that he hasn’t won, not just the Masters or another major in quite a while.

“There are so many good players today. One guy doesn’t dominate anymore. Just look at our world number one’s ever since Tiger Woods left the arena. You have one guy number one for a while then he falls off another guy comes in. I don’t think we’ll see anybody do what Woods did or what Norman did. Hold it year after year after year, because I think the quality of the play on both tours you’ve got a tremendous amount of young people.

“Every time I watch a European Tour event now on Golf Channel I’m like who are these guys? I’ve never heard of this guy. Look how good this guy is and we’ve got a lot of young ones like that too. So golf is in a good place. I mean, it’s hard to win. As I said earlier, it’s hard to win a regular tournament, much less a major. Usually, the ones that come through in a major are the ones that have been there before because a lot of it becomes mental and how you handle your nervous system and your decision making process in the heat of the battle and so on and so forth.

“They’re all good. We know that. It’s not like the old days where we only had 10 or 15 guys who were going to win these tournaments. Every time you tee it up, there are 100 guys who could win now. Nicklaus has always said he thought the Masters was the easiest of the majors to win and the reason being, you have a lot of past champions playing. You have four amateurs playing you have a lot of first-timers that have never played Augusta National. So, he always felt that it was easier to win the Masters than any of the other majors because he felt he only had to beat about 10 or 12% of the field because the rest of them weren’t going to have a chance,” he added.

McIlroy has developed a frustrating habit of starting slow in major championships and freewheeling his way into the fringes of contention before reversing into a top-10. In fact, the Holywood native has only broken 70 in the first round on three occasions in 2011, 2016 and 2018 and has opened with rounds of 73, 75 and 76 in his last three starts.

Harmon believes next Thursday is crucial for Rory and will prove whether he will be a factor over the weekend or not.

“Rory would be the one I think I would be talking about [as a contender]. He has a chance to win the Masters it’s the only one he hasn’t won. We’d all love to see him do it and he definitely has the game for it. He’s a high ball hitter, which you need to be at Augusta. Because the ball’s gotta come down on those greens softly. So, I’m very anxious to see what he does and how he starts off, especially the opening round. We get a lot of info on guys in the first major of the year and how they play the first day,” said Harmon.