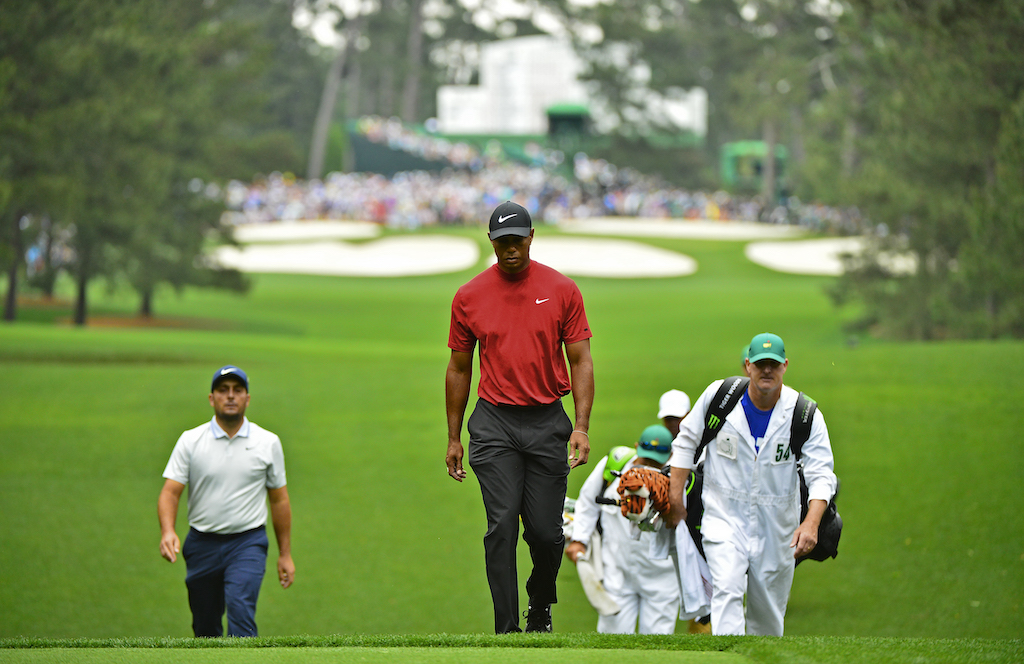 Tiger Woods is now an odds-on shot to take part in the Masters after he fuelled rumours this week of a spectacular comeback.

The 15-time major winner sustained serious injuries to his leg and ankle in a car accident last February and his only competitive appearance since came at the 36-hole PNC Championship alongside son Charlie in December.

But punters are growing increasingly confident that Woods will be back at the biggest events on the calendar this year after he jetted in for a practice round at the Augusta venue on Tuesday.

BoyleSports have since cut the five-time Masters winner into 1/2 from 6/4 to tee it up at this year’s event, while the odds on him winning a sixth green jacket have shortened into 50/1 from 66/1.

Woods has previously conceded he is unlikely to make a full-time return to the game, but the major championships would likely feature on a reduced schedule and he is now 20/1 from 33/1 to land one of the big four in 2022, which would bring him within two of Jack Nicklaus’ all-time record of 18.

Lawrence Lyons, spokesperson for BoyleSports said: “Tiger’s game was in decent shape when he competed at the end of last year and his trip to Augusta suggests it could be game on. The gamble this week makes it more likely than not that he’ll tee it up and some are not even ruling out that he’ll be a big threat on the leaderboard.”