Blandy one Texas win away from a maiden Masters invitation 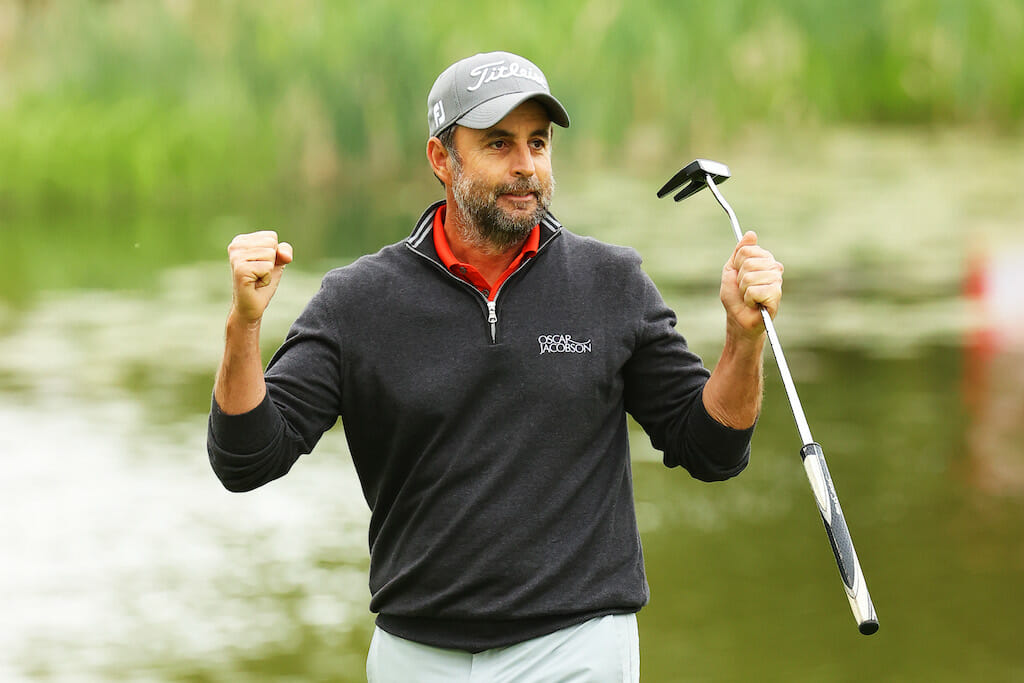 At the age of 49, Richard ‘Blandy’ Bland is one match-play win from securing a maiden Masters invitation after his ‘Battle of the Oldies’ win against his 48-year-old, long-time good friend, and fellow Englishman Lee Westwood.

Bland as the reigning BetFred British Masters champ handed the 44 tournament winning Westwood a 2 and 1 defeat to win group nine at the WGC – Dell Match-Play in Austin, Texas.

Bland joked on day two in knowing he would be facing Westwood for a place in the last 16 that perhaps event officials needed to organise ambulances given the elder statesman-like nature of the impending Friday showdown.

Then after sending his younger rival packing, Bland joked:  “I need the afternoon off.  Me and Lee joked that whoever just finishes probably wins.

“I’ve known Lee a long time, he’s a legend of the sport and to be able to go head-to-head with him and get one over on him was pretty special.”

Bland teed-up in the Texas capital ranked 63rd in the world and by finishing top of his group he should become the new World No. 56th ranked player.  However, he now faces former World No. 1 and double major winning Dustin Johnson in Saturday morning’s series of matches to decide the last eight.

And if Bland does win, and then loses his afternoon last eight match, he should move to 47th in the rankings.  Should Bland win both Saturday matches but lose out in the semi-finals he may rise as high as No. 42 in the world.

“It’s 18 holes but if I play the way I know I can play then DJ has got a game on his hands”, said Bland.

And as for a maiden Masters appearance, Bland remarked: “I do have a friend who is a member and I’ve been there. So I’ve played the course twice.

“But if I could play the tournament, it would be a dream come true. I don’t really watch a huge amount of golf at home, but the Masters I’m there from the first shot to the last putt. I don’t move.

“It’s just the best tournament to watch on TV and I can only assume it’s a million times better to play in it. So if I get there I think, with the 12 months that I’ve had, that would be a pretty nice sort of cherry on the top.”

It was one of the greatest individual DP World Tour player stories in recent years when ‘Blandy’ ended a 478th winless drought in capturing last year’s tour event at The Belfry.  Imagine the emotion should Bland now find his way to the opening tee on April 7th at Augusta National.