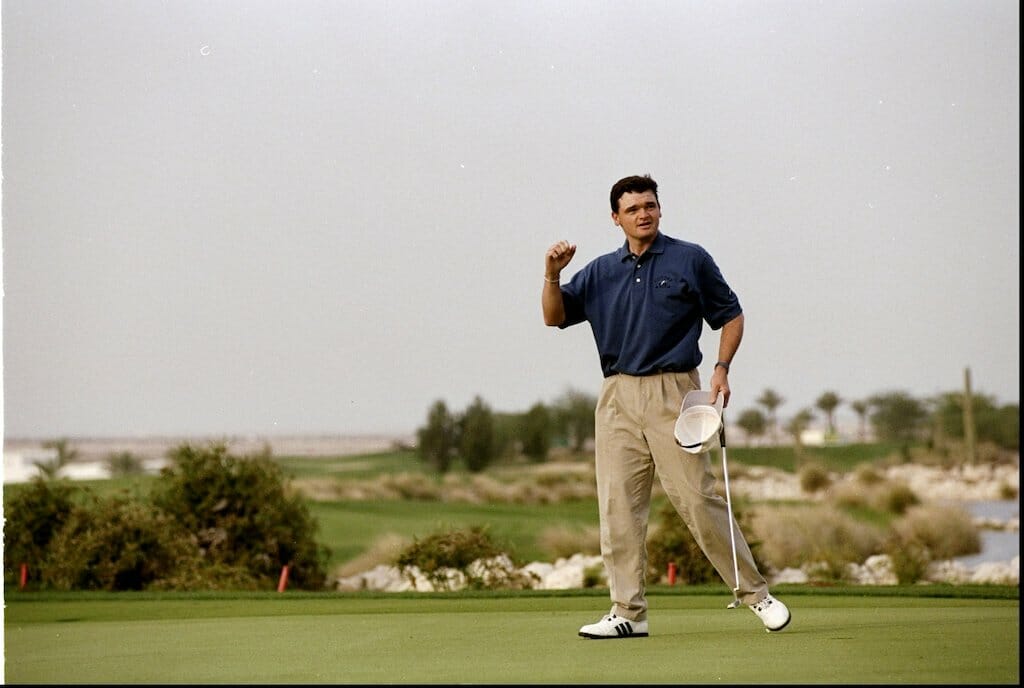 20 Feb 1999: Paul Lawrie of Scotland celebrates victory on the 18th in the Qatar Masters at the Doha Golf Club in Qatar. Credit: Tom Able-Green /Allsport

For some reason, I missed the inaugural 1998 Qatar Masters, won by Scotland’s Andrew Coltart. It was a double celebration for the affable Scot who awoke on the Sunday morning having been confirmed as the 1997/98 Australasian Tour No. 1.

Coltart had travelled to Australia in the weeks leading up to Christmas and pulled off a second ‘Down Under’ triumph in three years in capturing the 1997 Australian PGA Championship at the famed Alister MacKenzie designed New South Wales club laid out at the entrance to Botany Bay in Sydney.

The Scot maintained his lead atop of the Australasian Tour money list into January 1998 and stayed atop the pile with a T4th in the co-sanctioned Johnnie Walker Classic and a T15th a fortnight later at the similar co-sanctioned Heineken Classic.

The final Australasian Tour event dawned with Coltart weighing-up the option of returning to Australia or competing in the first hosting a brand new European Tour event. The decision was made easy for the Scot after a top-20 in Dubai and then a very short flight to Doha.

Coltart etched his name into European Tour history winning by two shots to cap what, in fact, was a triple celebration as in topping the 1997/98 Australasian Tour Order of Merit, he earned a tee time in the 1999 Open Championship.

Around a half-a-dozen UK-based media were in attendance to report on Coltart’s then fourth victory of what would be five pro career victories. I am not sure of the exact circumstances or where the following comment emanated that week in Doha but the remark had the desired effect: “It’s customary to present the visiting media with a gift”.

Well, the visiting media were each handed an unmarked envelope that contained $US200 in cash. However, I am aware the Press Association’s Mark Garrod declined to accept the payment as it was against company policy but not for my fellow freelancer, Norman Dabell.

The new 1999 European Tour season dawned, and after reporting on David Howell’s Dubai Desert Classic success I joined Norman in boarding the short flight from Dubai to Doha.

We stayed the week in the Sheraton Grand Hotel, then the only hotel on the Corniche in Doha. The hotel was distinct given its pyramid shape, and really looked like something out of Star Wars. I recall it also boasted a four-lane, Tenpin bowling facility in the lower floors. I know that as I had a game one night. 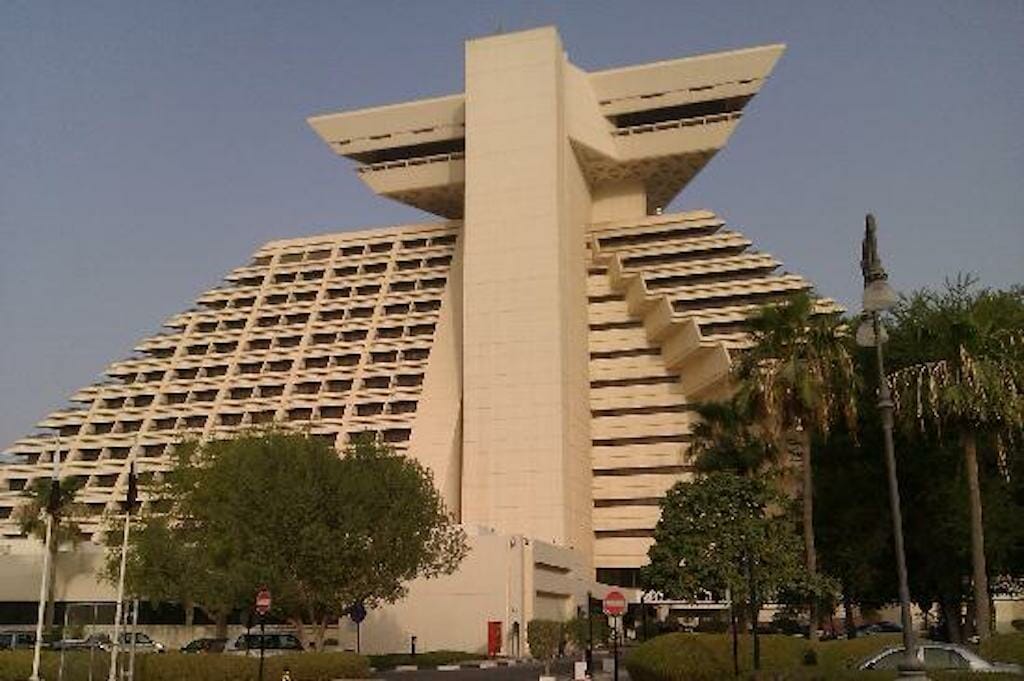 Nowadays, you would miss the Sheraton Grand given the entire length of the Corniche is dotted with stunning new hotel complexes.

The Sheraton Hotel made news headlines early in 2020 hosting hundreds of guests to witness the signing of an accord expected to lay the groundwork for U.S. and Taliban officials that would eventually lead to a drawdown of American, NATO and foreign partner troops from Afghanistan after more than 18 years of war.

In 1999 the Doha Golf Club, much like the Sheraton Grand, was also lying by itself and well away from the city limits. I arrived at the course mid-morning on the final round and Norman made the comment: “I wonder if they still might present the media a gift like they did last year?” I naturally thought the same myself, thinking an envelope containing $200 will be a very nice gift! 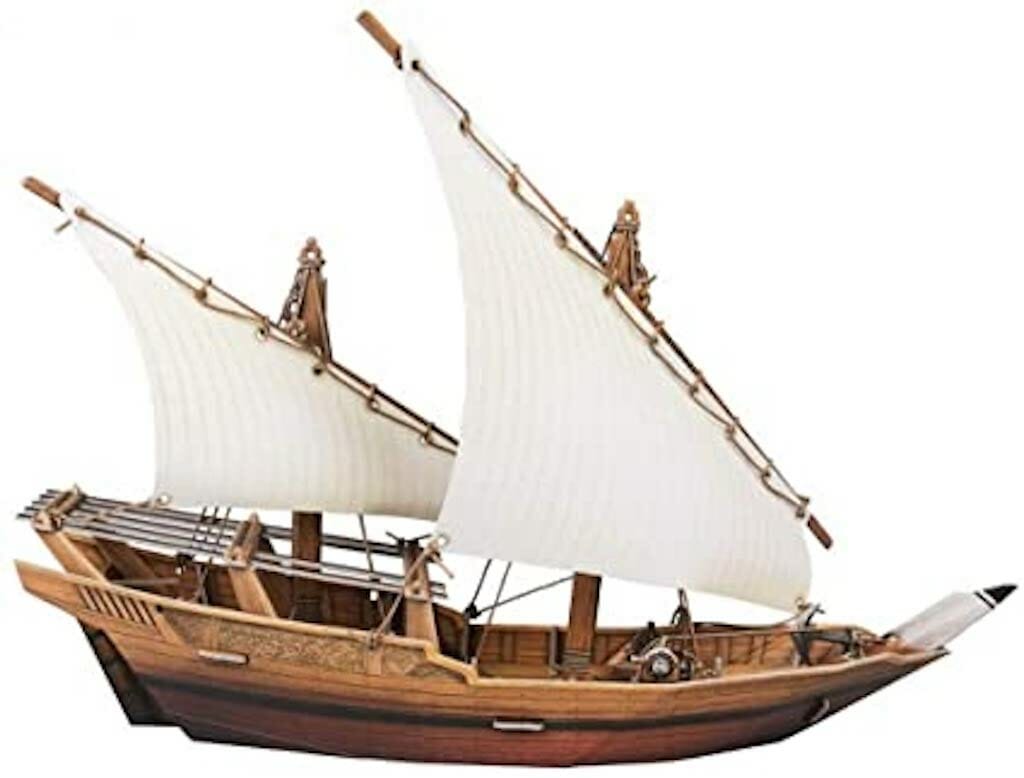 Scotland’s Paul Lawrie raised the mainsail and took full advantage of the Shamal, and the winds so common in the Arabic and Persian Gulf, and after posting scores of 68, 65 and 67 he whipped-up a final day 68 to win by seven shots in what is still the biggest winning margin in 15 pro career wins.

Lawrie’s win was great for myself as I was filing at the time to three Scottish newspapers so they lapped-up the copy while the win would lead to Lawrie then completing the biggest final round comeback in major championship history a few months later in July when he captured the 128th Open Championship at Carnoustie, around an hour’s drive from his beloved Aberdeen.

The morning following Lawrie’s Qatar win, I made my way to the then ‘old’ Doha airport and boarded a flight for the long journey home to Australia for a few weeks break. Packed into my suitcase was the wooden Dhow. I had arranged to fly to Melbourne and then transfer on a domestic flight to Sydney but upon arrival in Melbourne the customs queue was horrendous, just what you need after a long overnight flight.

Those who travel to Australia will know all too well how strict the authorities are when it comes to bringing food, plant life or anything wooden.  The immigration will even inspect golf shoes and take them off you for cleaning should you have dirt on the soles of your shoes.

Naturally, I had ticked the appropriate form on my immigration entry card to declare ‘yes’, I was carrying wooden objects though for a then unknown reason, I was singled out for a full luggage search.

“Could I politely ask why I am being subjected to a full baggage search when I ticked the box for wooden objects,” I said. The unforgettable reply:  “Oh, we saw you on the queue and you looked fidgety”.

I said nothing, literally bit my tongue. I do recall thinking:  ‘Yes, you would be a bit fidgety if you had been sitting in ‘cattle class’ for some 14 hours. I got through the inspection, had my passport stamped accordingly and found my way eventually to Sydney.

And you know more than 20-years on, I still have that wooden Dhow presented to us on the morning of the final round of the 1999 Qatar Masters. I also think back, with a wry smile on my face, that is more than I could have said had I been presented with $US200.