The Snake Pit ready to strike fear into Valspar competitors 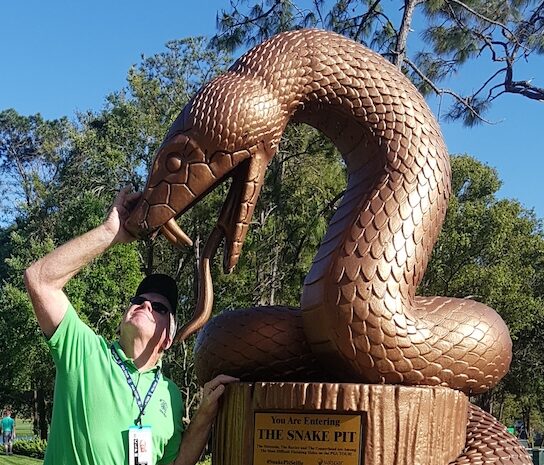 Bernie taking his chances at The Snake Pit - photo @tourmiss

The Snake Pit! Three words that if we were in medieval times, would conjure up thoughts of horror, torture, and death.

To golf fans, mention of the Snake Pit may also deliver horror, hurt, and pain. The Snake Pit is the famed final three-hole closing stretch on the Copperhead Course at the Innisbrook Resort that this week plays host to The Valspar Championship.

The Snake Pit is among a number of three-hole combinations featuring each year on the PGA schedule. Recently, we had the Bear Trap at PGA National that hosted the Honda Classic. 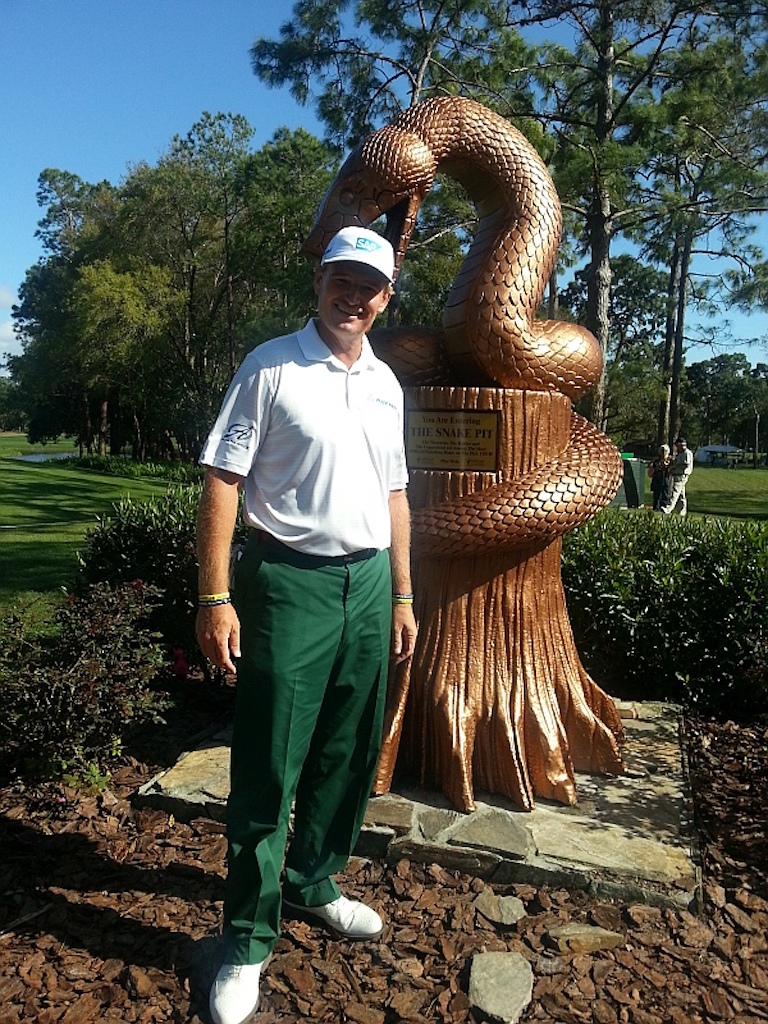 Early next month those heading to the Masters will face Amen Corner at Augusta National and in May there is the Green Mile, the affectionate name for the final three holes to be found at Quail Hollow and host for the Wells Fargo Championship. And let’s not forget the Horrible Horseshoe, three holes featured at The Colonial course in Texas that hosts the Crowne Plaza, though this year the event is being played at TPC Craig Ranch.

So, where does the Snake Pit rate in terms of a golfing menace? According to the Tour, the Snake Pit is the third hardest and recently averaging at .596 over par with the Green Mile the hardest at around 1.01 over par, the Bear Trap at .803 over par with the Horrible Horseshoe .296 over, while Amen Corner, the 11th, 12th, and 13th at Augusta, supposedly the easiest at .167m over par.

While the championship course at Innisbrook is named the Copperhead Course, each hole of the Snake Pit is also named after a dangerous snake – the Mocassin is the par-4, 475-yard 16th, the Rattler is the par-3, 215-yard 17th, and finally the Copperhead, and the par-4, 445-yard 18th with menacing bunkers virtually down the entire right side of the hole. 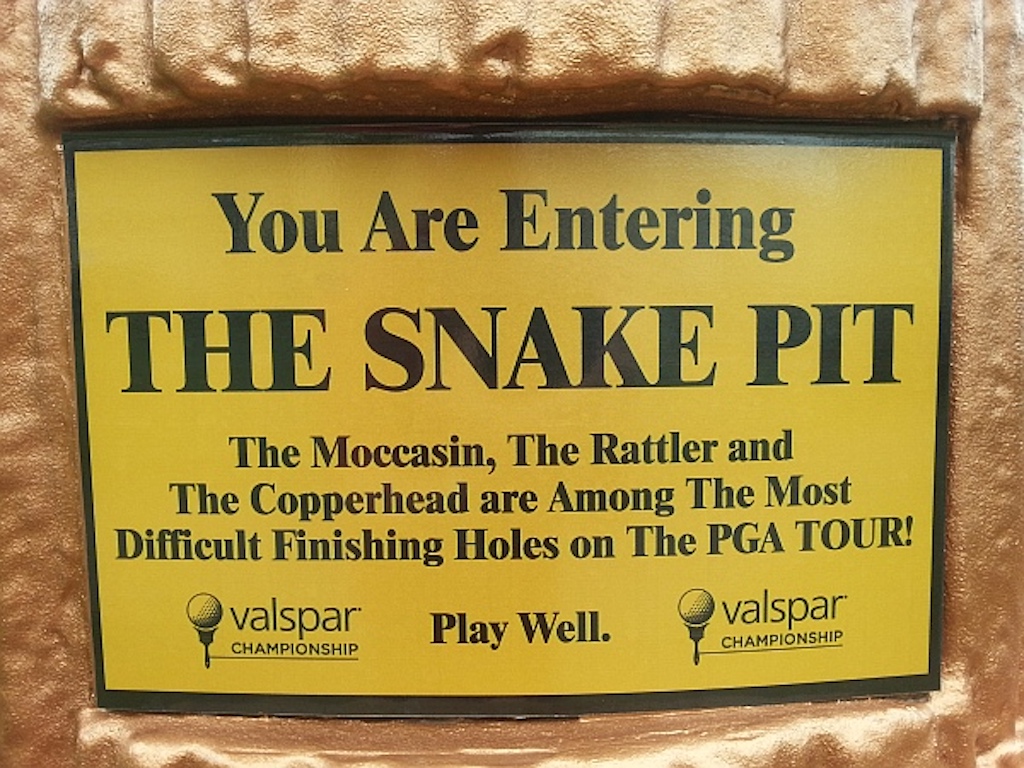 What captures your immediate attention in arriving at the Snake Pit, and the 16th, is the sight of this enormous copperhead snake in a curled-up, ready to strike position, and very much as menacing looking as the snarling grizzly bear on its back feet that welcomes you at the par-3 15th at PGA National.

Charles Schwartzel, the 2016 Valspar champion, spoke of the 16th at Copperhead: “The Snake Pit is ready to jump up and bite you right there at 16”, he said. “It’s about avoiding the water down the right, and the trees on the left, really. You can’t bailout. You hit left, and you make bogey anyway. You hit it in the water, you’re going to take double.”

In 2019, England’s Paul Casey successfully defended his title, with the 16th again playing the hardest of the trio.

Graeme McDowell first contested the Valspar Championship in 2016 and took an immediate liking to the layout.

“Having played the Valspar a few times, I don’t think the Snake Pit has as much bite as say the Bear Trap,” said McDowell.

“I actually liked the golf course as the front nine is very much in front of you with big, flat greens whereas the back nine is a little quirkier and with smaller greens, so I liked the course.

“It’s a good track and really suits my eye well. I remember when I first came here a few years back and it was on a Monday following the Honda.  I had not played it before but most of the lads out here were saying that I would really like the course and I did. So, pleased to be back again this year.”

And now as many of the world’s best get set to tee-up on the 22nd anniversary of the Valspar Championship, who is going to tame the Snake Pit and emerge bite free?