McIlroy singles out Woods for praise & pays tribute to Warne 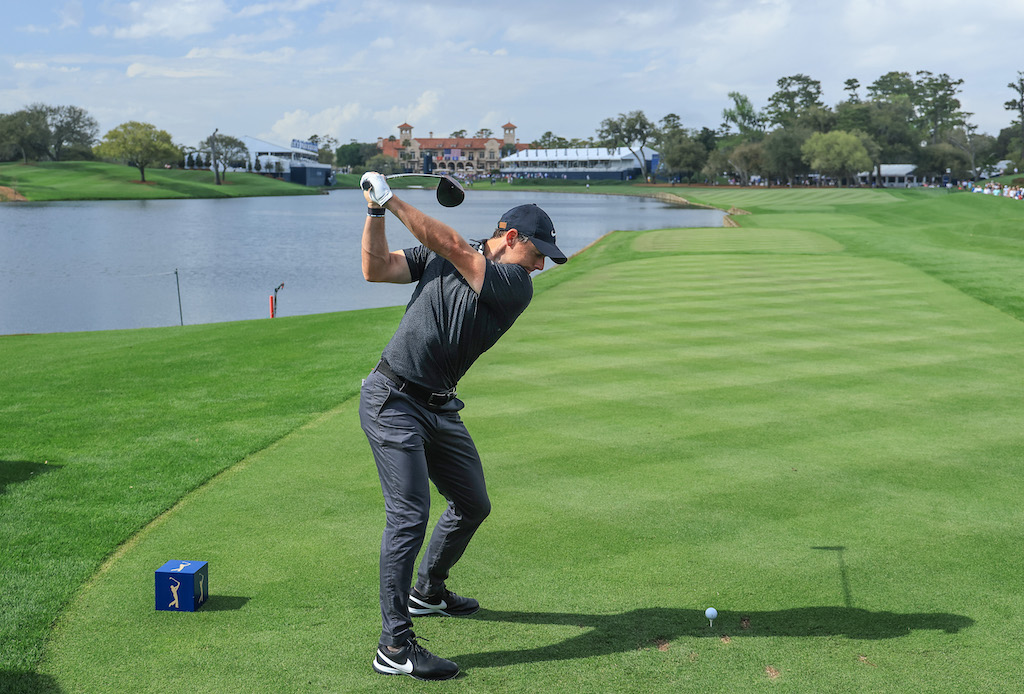 Rory McIlroy has spoken often of when he first set eyes on boyhood hero, Tiger Woods and that being in attending the 2002 WGC – American Express Championship at Mount Juliet.

McIlroy was a freckle-faced, curly-haired 13-year-old when he jumped in the family car and was driven by his father south to the outskirts of Thomastown.

His fondness for wanting to see Woods compete first hand also came to the fore at the 2006 Dubai Desert Classic, McIlroy’s fourth DP World Tour event while still an amateur, when he ‘snuck’ inside the ropes of the Emirates GC, and carried the long lens of a good friend and photographer Stuart Franklin during the afternoon round on day one so that he could get close to Woods. 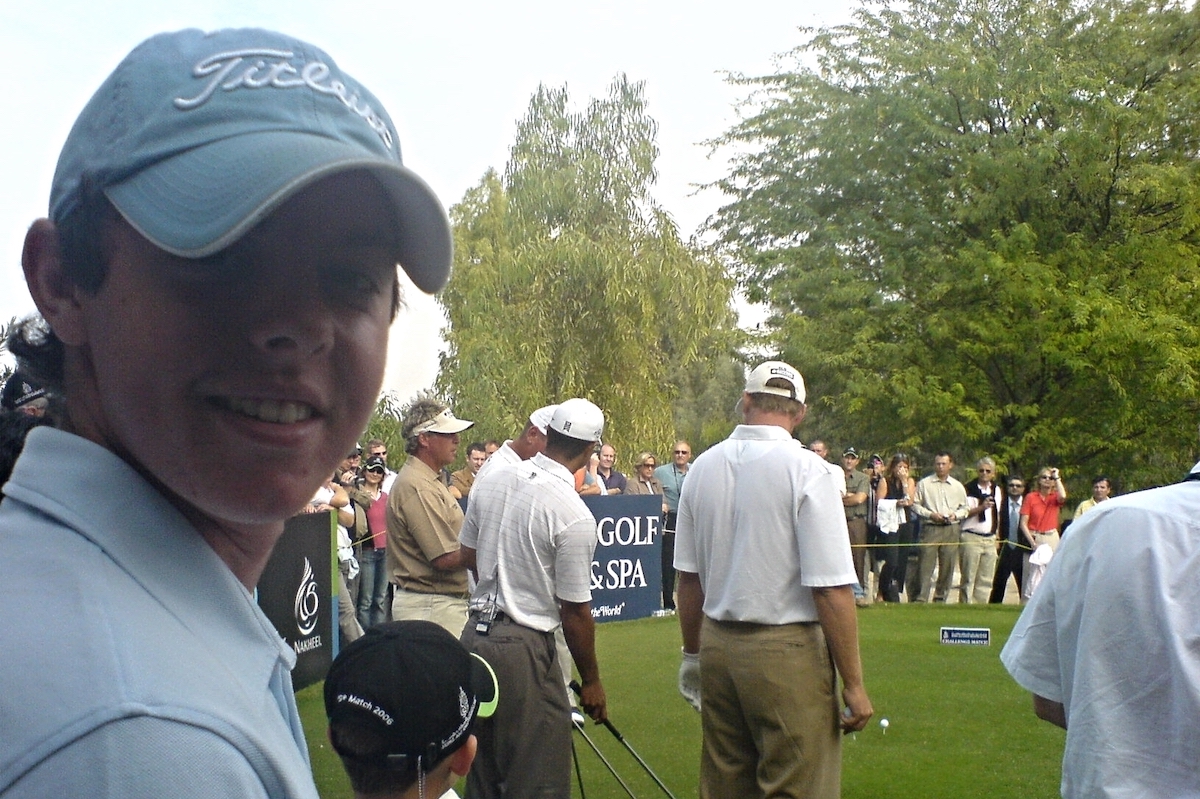 Sixteen years on, McIlroy was still freckle-faced but he’s now probably one of Woods’s closest friends, so much so, he could jump into his own and drive to Woods’ nearby residence in Jupiter, Florida.

And now on the eve of the 15-time Major-winning Woods being inducted into golf’s World Hall of Fame, McIlroy looked back on his relationship with Woods and the impact Woods has had on the game of golf.

“The first time I ever watched Tiger play golf was his — I think it was his ’95 U.S. Amateur win, or maybe ’96. Anyways, he was a big deal when he was an amateur, and obviously, he won three U.S. Amateurs in a row and turned pro with a lot of hype,” said McIlroy.

“So that was the first time I watched him play.

“I went first to watch him play in 2002 at Mount Juliet in the WGC — I think it was like the American Express back then. Then yeah, I met him when I was 15 or 16 for the first time, and then — I think I feel very fortunate because there is this sort of saying that you shouldn’t meet your heroes, and Tiger was my hero when I met him, and he lived up to expectations.

“He’s been nothing but unbelievable to me and my family, and yeah, he’s been awesome, and he’s been an inspiration for so many of us that are out here playing this golf tournament this week, and to see him inducted into Hall of Fame, which is obviously like, of course he was going to be a Hall of Famer when he was five years old.

“It’s really cool. It’s cool that he’s here. It’s cool that it’s happening. And yeah, I think he’s at a stage in his life where he probably appreciates all this a little bit more at this point, and yeah, I always say, we all that are playing here this week have to thank Tiger for where the game is and where the Tour is.

“I’m pretty sure it’s going to be a pretty nice turnout for him tomorrow night!”

It led to McIlroy being asked by Irish Golfer Magazine what he considers to be the impact Woods has made the game,

“Not totally everything, but I think the game of golf is going to outlive us all but there are certainly players in the history of the game that leave their mark more than others,” said McIlroy.

“Tiger’s left more of a mark on this game, I think more than anyone else in the history, especially since golf has become a profession and professional golfers have become bigger.

“So, I think the fact that he is a person of colour and what that brings to the table in terms of golf being a more acceptable sport to play if you’re from a certain ethnic background, I think that has been — that’s left a huge mark on the game. I certainly think the game is more diverse because of him. And just his play in general and the excitement he created around the game of golf, he was, I’d say in his pomp in the early 2000s, he was probably the most famous man in the world.

“We, as his colleagues and peers, we’ve all benefited from that. He made golf, professional golf at the highest level a very, very attractive thing to be involved in. TV paid more. Sponsors paid more. And then all of a sudden, his peers and colleagues and other players were getting paid more because of that.

“We all have to be very thankful for Tiger Woods and when he came along, and we should all be very fortunate that we played at a time that he was around because we’ve all benefited from him.”

And speaking of legends, McIlroy spoke of his sadness in learning the news of the passing, last weekend, of cricketing legend Shane Warne. McIlroy got to know Warne well at the annual Dunhill Links Championship and like some of the older golfers, including Ernie Els, Paul McGinley, Trevor Immelman and Scott Hend, who competed in Scotland each October, McIlroy also paid tribute to the Australian-born legend known around the world as ‘Warnie’. 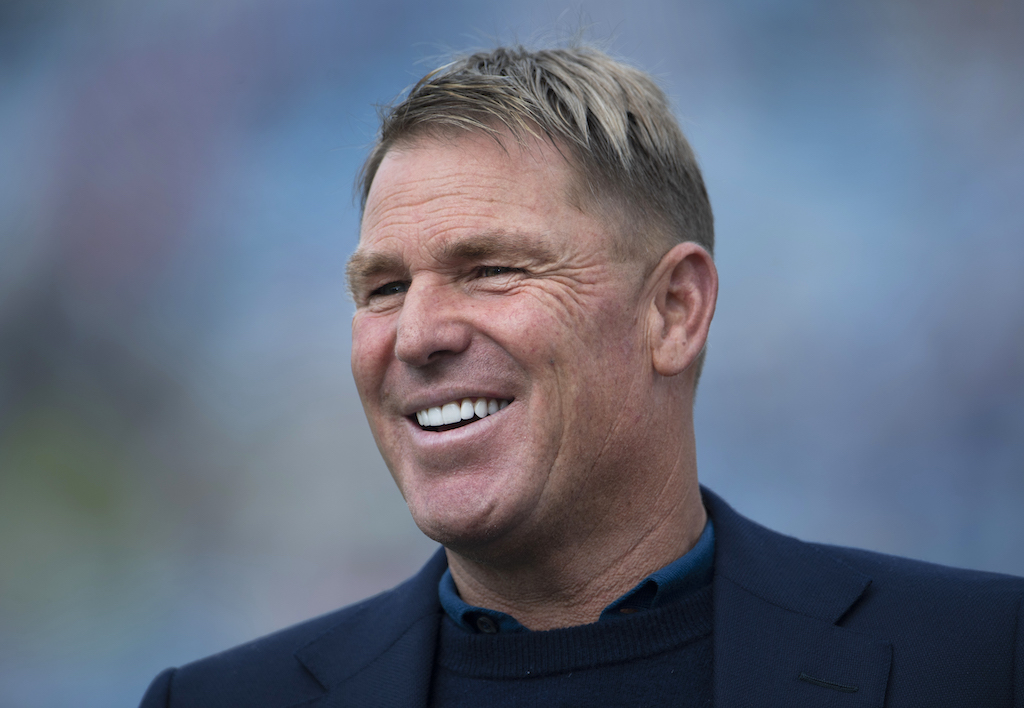 “I got to know Shane very well. I spent some good times with him. Really, really sad,” said McIlroy.

“He was the life of the party, lit up a room, loved golf. He was really, really good mates with some of my good friends. Yeah, it’s just a real shame that he’s gone so early, I think only 52.

“I think he leaves three kids behind as well, which is sad. Yeah, I think we all have really fond memories of him. Obviously, one of the best cricketers ever.

“Yeah, really sad, but anyone you meet just had great things to say about him. So, he’ll be missed but very fondly remembered.”